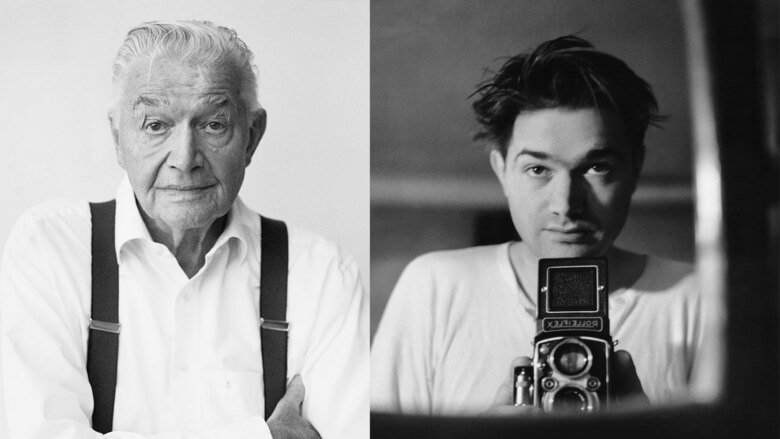 On 24 August 1922, the pioneering photographer and KI community member Lennart Nilsson (1922-2017) was born. Just in time for his 100th birthday, the retrospective exhibition of his photographic work "Med blick för det stora i det lilla – Lennart Nilsson 100 år" opened at Sergelgatans Konsthall in Stockholm, organised by Jan Broman, founder of Fotografiska Museet, Per Lydmar and Vasakronan.

It will be the first time that Lennart Nilsson's work is exhibited with images that show his long-standing interest in the scientific image.

Anne Fjellström is Lennart Nilsson's stepdaughter and long-time collaborator and the steward of his memory and legacy. She also curated the exhibition.

“The aim is to honour Lennart's work with a focus on the scientific image and film, which was what he was passionate about. It's especially nice to be able to show these pictures to the public. And the aim is not only to pay tribute to Lennart, but also to demonstrate that this work was collaborative to a great degree with KI was a key hub, and with technicians and healthcare staff being crucial to the images being taken," says Anne Fjellström.

What interest is there today in Lennart Nilsson's work?

“I think we are facing a generational shift, there is an older generation that has Lennart's images in their DNA so to speak. Today, it’s perhaps more important that a younger generation gets the chance to see these images. Advance interest in the exhibition itself has been tremendous, both in the media and with requests for viewings.”

How would he have viewed today's rapid technological development?

“Had Lennart been young today, he would have seen endless possibilities given the technological possibilities available today. Developments in his lifetime were enormous, but today's digital possibilities would certainly have delighted and fascinated him. Lennart was passionate about this, and he was very happy about the development of and interest in the subject.”

Lennart Nilsson began his professional life as a documentary photographer for the magazines Se and Vecko-Journalen, among others. His big breakthrough in Sweden came as early as the 1940s, but it was with the series of pictures about the conception and growth of a child, in the 1960s, that Nilsson had his big international breakthrough. He worked at Karolinska Institutet from the 1970s and became an honorary Doctor of Medicine in 1976. In 2009, he was awarded the honorary title of Professor by the government.

The exhibition runs through 18 September.