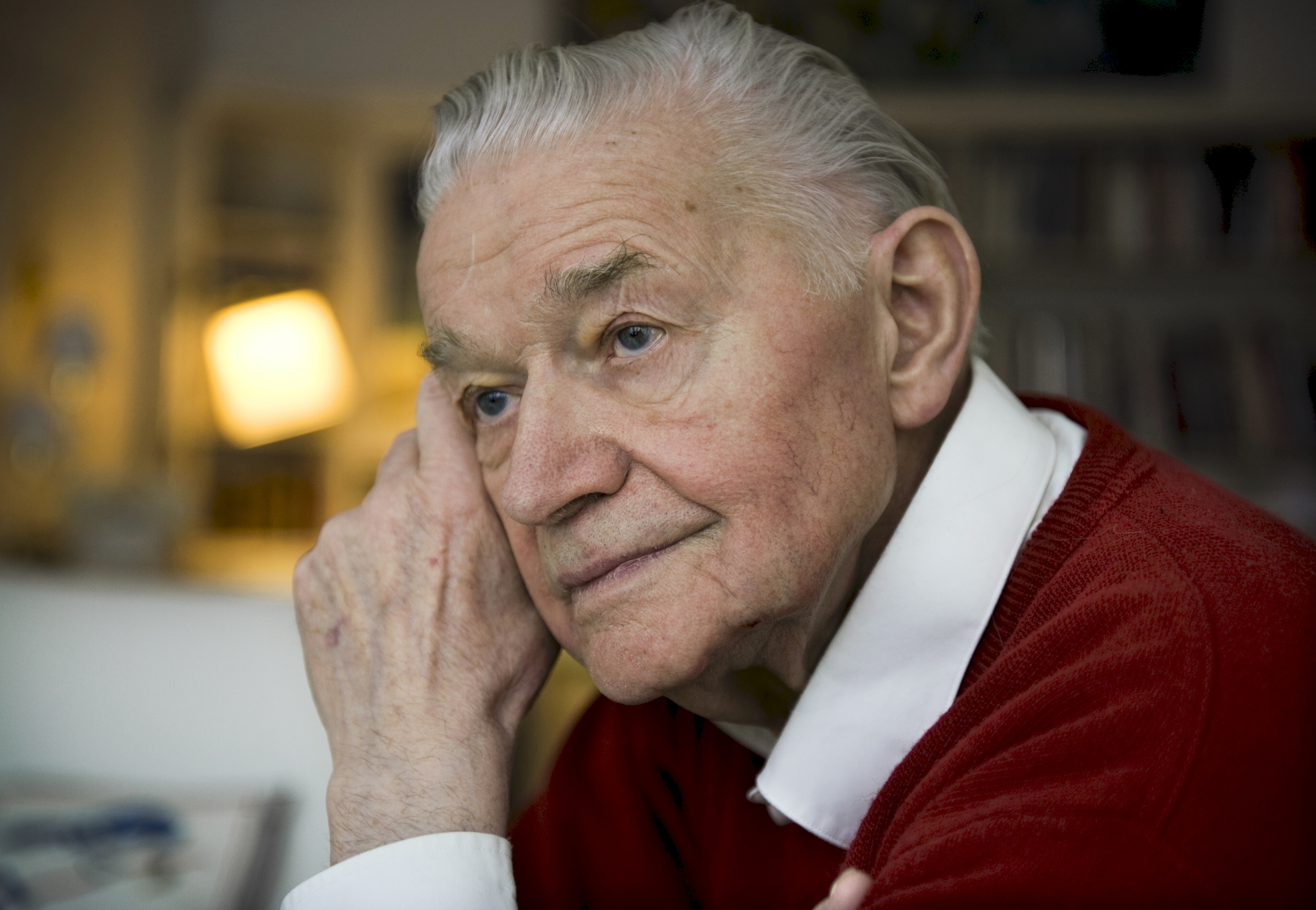 World-famous photographer Lennart Nilsson has died at the age of 94. With a microscope and pioneering keyhole photography, he explored the human body down to its cells. Long before medical imagery came into its own, Lennart Nilsson was doing groundbreaking work in the field.

Lennart Nilsson joined Karolinska Institutet in the 1970s and was made Honorary Doctor of Medicine in 1976. In 2009, an honorary professorship was conferred upon him by the Swedish government.

In 2012, Professor Nilsson was awarded Karolinska Institutet’s Gold Jubilee Medal for “his long-standing and groundbreaking contributions to the development and innovative advancement of medical photography”.

Professor Nilsson received the accolade at a ceremony held in the Nobel Forum in celebration of his 90th birthday, at which he also declared that he was donating his photography equipment to Karolinska Institutet. On accepting the medal, he said:

”I feel enormously proud and honoured. I've had a wonderful time here at Karolinska Institutet and am exceedingly grateful to have had this opportunity to work with so many excellent scientists. This donation is a way for me to repay the generosity I've been shown at KI.”

Professor Nilsson shot to fame in 1965 with his book A Child is Born and a much publicised photo feature in Life magazine. From that point on, he continued to push the boundaries of what was possible in medical photography, and to be showered with prizes and awards. Professor Nilsson’s books have been translated into more than 30 languages and The Miracle of Life is one of the most broadcast Swedish documentary series of all time.