Unique insight into the inner workings of our cellular powerplants 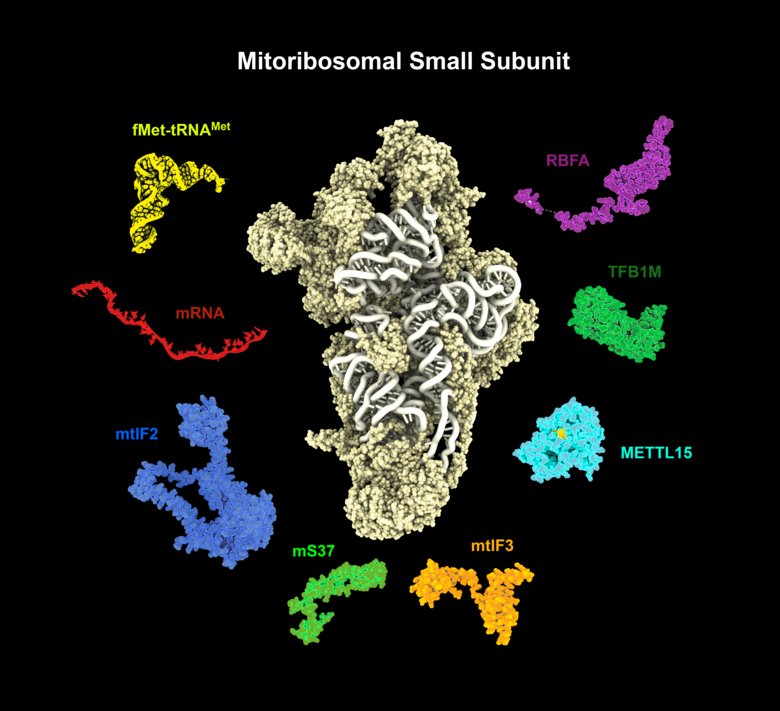 Caption:
The mitoribosomal small subunit is part of the machinery that the cells’ energy producers, the mitochondria, use to form their proteins, here surrounded by key components in the process. Image generated by Anas Khawaja.

Using advanced microscopy techniques, researchers at Karolinska Institutet and Stockholm University have visualized in unprecedented detail the machinery that the cells’ powerhouses, the mitochondria, use to form their proteins. The results, which are published in Nature, raise hopes of more specific antibiotics and new cancer drugs in the future.

The mitochondria are the cells’ powerhouses that convert energy locked in our food into a functional “energy currency” for the cells. They also have their own protein synthesis factories called ribosomes, which have a different appearance to those found in the cellular cytoplasm. However, little has been known about how the mitochondrial ribosomes are produced – until now. 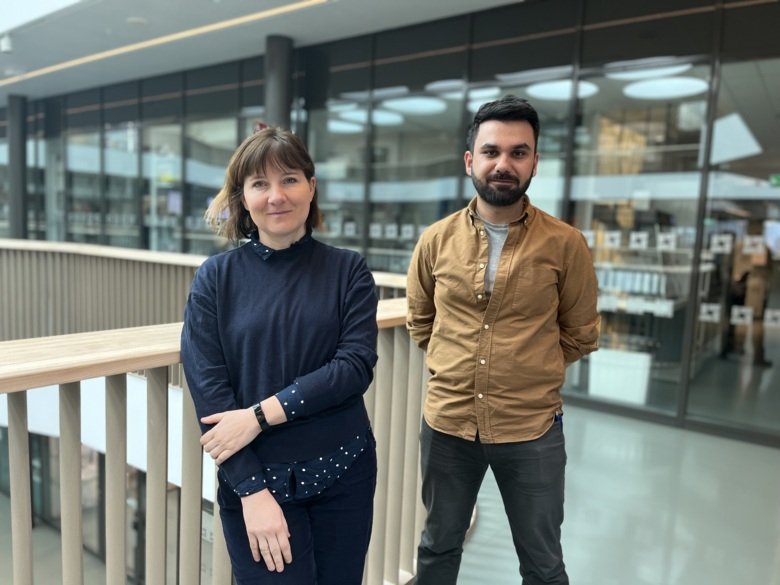 “We were hoping to obtain a single snapshot of the mitoribosomal large subunit assembly, but our data revealed much more unexpected surprises,” says the study’s joint first author Anas Khawaya, postdoc at the Department of Medical Biochemistry and Biophysics, Karolinska Institutet. “These observations present opportunities to discover the full extent of crosstalk between mitoribosomal assembly and other aspects of mitochondrial function.”

Using a technique called cryogenic electron microscopy, the researchers were able to depict important key players of the complex machinery that manufactures ribosomes. One finding was that a component called ribosome-binding factor A (RBFA) orchestrates the process. The ribosome is made up of two halves, not unlike a hamburger bun. The researchers’ analyses show that a protein called mS37 signals that these two parts can be joined and are ready to start protein synthesis.

The results are an example of basic cell biology research, but the new knowledge can also give rise to medical advances, such as more targeted antibiotics. Mitochondria are similar to bacteria and the antibiotics that currently attack a bacterium’s ability to form proteins also affect our mitochondria.

“Whilst the mechanisms of bacterial and cytosolic translation have been studied for decades, we are only now starting to uncover how mitochondria produce proteins,” says Joanna Rorbach, principal researcher and group leader at the Department of Medical Biochemistry and Biophysics, Karolinska Institutet. “Understanding the differences between how bacteria and mitochondria produce their ribosomes could allow us to design better and more targeted antibiotics.”

The study has been led by Joanna Rorbach together with Alexey Amunts and his research group at the Department of Biochemistry and Biophysics at Stockholm University.

Cancer is another future target. Unlike healthy cells, cancer cells grow quickly and divide often, a process that requires the formation of a large number of new proteins.