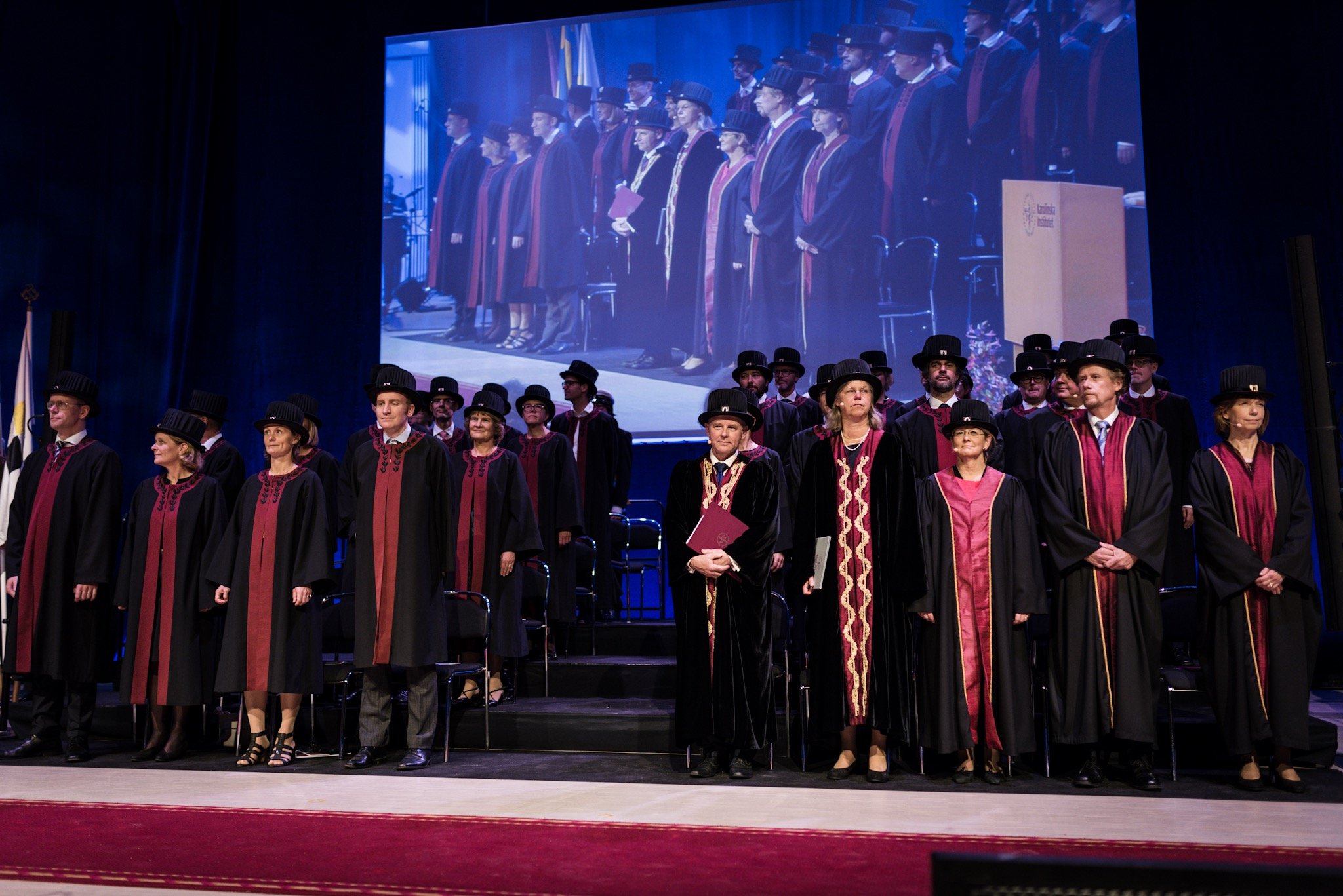 The installation of professors is an academic ceremony where the university’s new professors are welcomed to the highest academic position. The inauguration has no formal significance, the professors having by this time already signed their employment contracts and been given tenures.

The tradition of ceremonially inaugurating professors dates back to the early 1600s. The new professor would normally give an oration, a solemn speech. Music and bell-ringing framed the ceremony. It was for a long time customary for the professor to pay for a banquet for the university’s leaders, something that might put a severe financial burden on a researcher who did not have much money and was already in debt.

“Karolinska Institutet’s vice-chancellor of the time decided in 1996 that the ceremony was to take place slightly differently than at other universities,” Master of Ceremonies Ylva Blomberg says.

The new professors have since then been presented in films and a popular scientific publication. Nowadays an inauguration speech is given at the end of the ceremony by one of the new professors, who represents the whole group.

The professors lend a hood for the ceremony.

“The hood and the hat are the outward symbols of being made a professor but the insignia in actual fact have more significance at doctoral degree conferment ceremonies,” says Ylva Blomberg.

How professors are made
Classics, folk music and jazz framed the installation ceremony