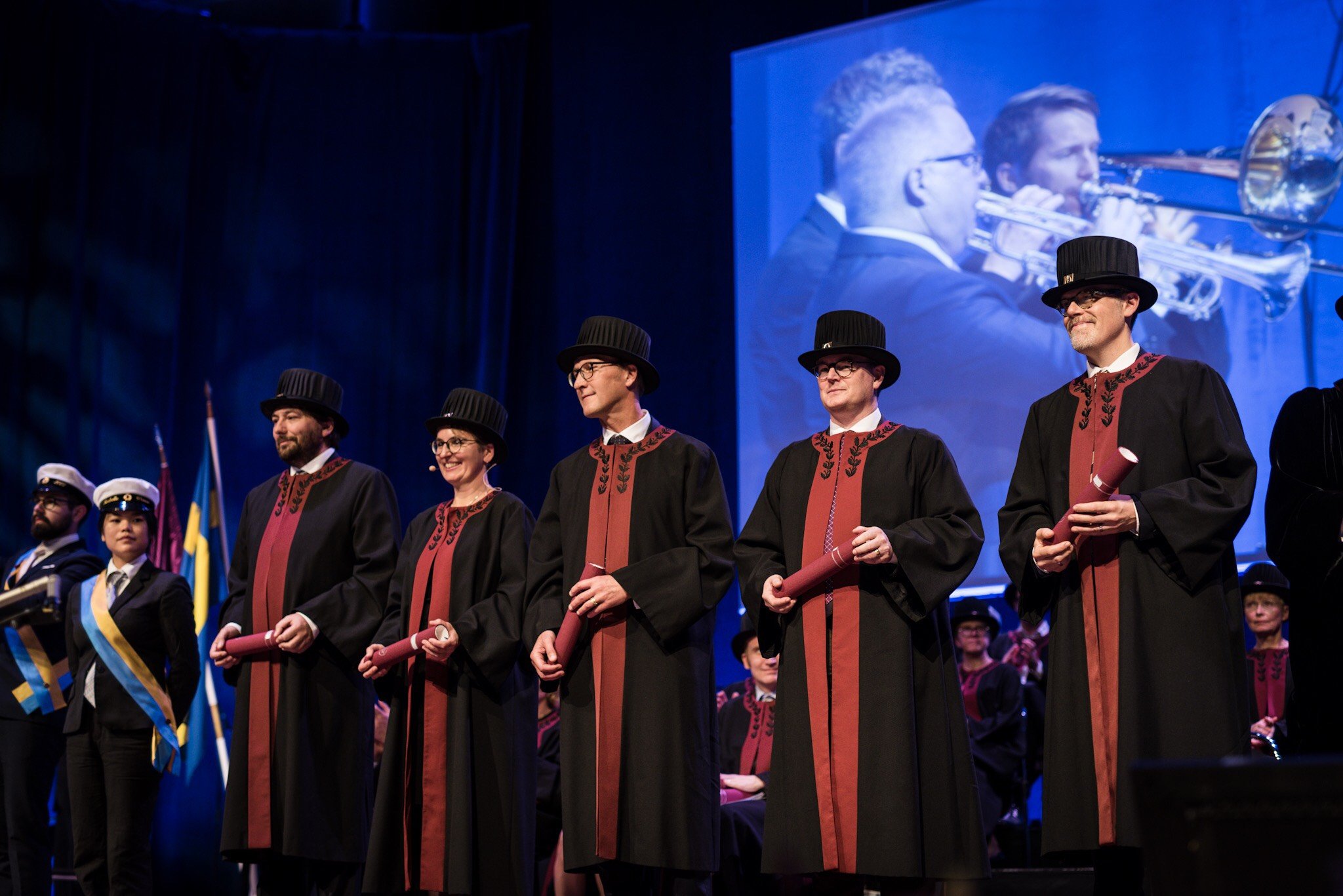 “As a professor, one is in a unique position to translate new knowledge into care, “ said Vice-Chancellor Ole-Petter Ottersen as he opened Karolinska Institutet’s annual installation ceremony for new professors and recipients of academic awards.

Prizewinners, new professors, visiting professors and adjunct professors gathered together on Thursday 12 October in Aula Medica on Karolinska Institutet’s campus in Solna. Many of them had brought along their families and friends to take part in the ceremonial occasion.

“You will inspire and lead. At KI we have faced trials and setbacks during the recent crisis has put now it’s time to look ahead,” he said.

The ceremony continued with Pro-Vice-Chancellor Karin Dahlman-Wright presenting the recipients of KI’s Grand Silver Medal. Senior Lecturer Tore Curstedt was rewarded for his innovative methods for treating premature babies with breathing difficulties. Professor Emeritus Marc Bygdeman received the medal for among other things having developed safe methods for abortions.

“Every year, about 50,000 women die as the result of unsafe abortions. New methods have enormous importance for women’s health,” said Karin Dahlman-Wright.

Awards and prizes for significant contributions in research

Several awards and prizes were also presented for significant contributions in research and pedagogics. These concerned, among other areas, how DNA damage can lead to cancer and ageing, physical self-perception and technology to make the invisible visible in cell biology.

“To be a professor is not a privilege for the few but a position to the benefit of the many. With academic freedom comes responsibility. We are to give patients, families and society at large hope,” said Ole-Petter Ottersen.

The new professors were presented in films that also showed the people behind the researcher role. Choir-singing, running, chess, cooking, painting, minimalistic music, reading and a little too few visits to the gym were some of their varied leisure activities. For many of them, there is a linkage between their professional and their private lives.

“Chess is like research. It’s strategic and sometimes you have to accept failure and begin again,” said Helle Kieler, professor in Pharmacoepidemiology.

Emily Holmes, Professor of Psychology, gave the inauguration speech on behalf the new professors. She presented her research on mental imagery. In one of her experiments, people who had been involved in a traffic accident or traumatic childbirth played a session of Tetris, a visually demanding computer game. This reduced the risk of flash-backs.

The ceremony was framed by music; classical music, Swedish folk music and jazz, where singer Viktoria Tolstoy was one of the performers. Lilla akademien’s string ensemble of 16 young violinists were given an extra long round of applause.