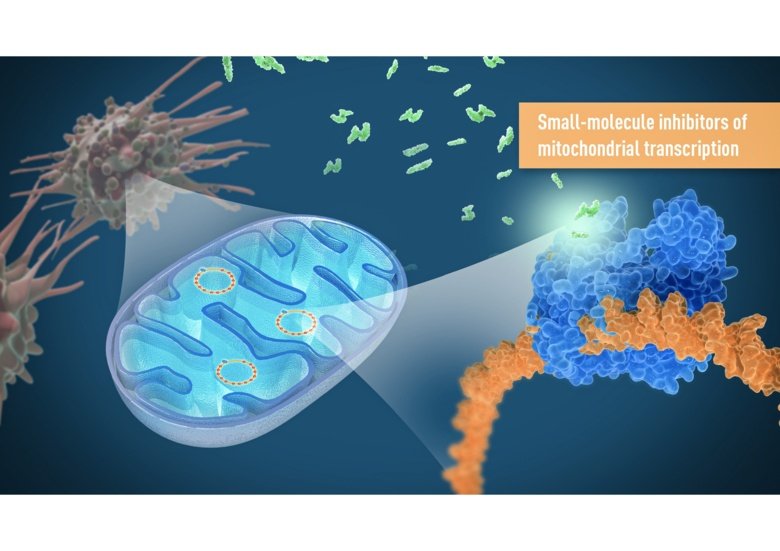 Caption:
The small-molecule inhibitors (green) target the expression of mitochondrial DNA and cause a cellular energy crisis in cancer cells to stop their growth. Illustration: Mattias Karlén

Researchers at Karolinska Institutet report in the journal Nature that they have developed novel first-in-class inhibitors that compromise mitochondrial function in cancer cells. Treatment with the inhibitors stopped cancer cells from proliferating and reduced tumour growth in mice, without significantly affecting healthy cells. 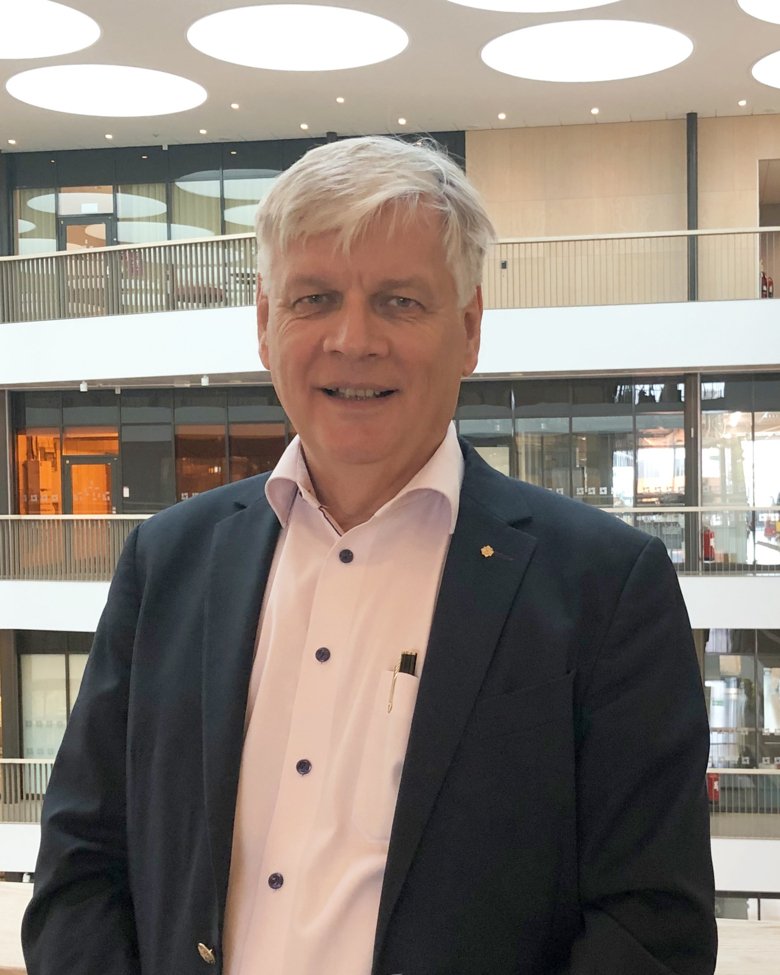 “We are excited to have shown that this novel principle for cancer treatment works in animal models and hopefully the inhibitors can now be developed further for anti-cancer treatment in humans,” says Nils-Göran Larsson, professor at the Department of Medical Biochemistry and Biophysics at Karolinska Institutet, who led the study.

Mitochondria are the power plants of our cells. They are essential for converting the energy in the food we eat into the common energy currency that is required for a variety of cellular functions. Cancer cells are critically dependent on mitochondria, not only for providing energy but also for producing a variety of building blocks needed to make more cells as the cancer cells divide. The continuous cell division means that a cancer cell must constantly make new mitochondria in order to grow.

Previous attempts to target mitochondria for cancer treatment have focused on acutely inhibiting mitochondrial function. However, this strategy has often resulted in severe side effects due to the crucial role of mitochondria for normal tissue function. As an alternative, researchers from Karolinska Institutet and the University of Gothenburg in Sweden, in collaboration with the Max Planck Society and the Lead Discovery Center GmbH in Germany, developed a novel strategy that does not directly interfere with the function of existing mitochondria. Instead, they designed highly selective inhibitors that target the mitochondria’s own genetic material, mtDNA, which has a critical role in the formation of new mitochondria.

“Previous findings from our research group have shown that rapidly dividing cells, such as cancer cells, are crucially dependent on mtDNA to form new functional mitochondria,” says Nils-Göran Larsson. ”Consequently, treatment with our inhibitors specifically affects proliferation of tumour cells, whereas healthy cells in tissues such as skeletal muscle, liver or heart remain unaffected for a surprisingly long time.”

When investigating the mechanism of action of these novel inhibitors, the researchers observed that the inhibitors put cancer cells into a state of severe energy and nutrient depletion. This leads to loss of necessary cellular building blocks, reduced tumour cell growth and ultimately cell death.

“The findings are very promising, but many years of further development will be required before human use can be considered,” concludes Nils-Göran Larsson.