Nobel Prize-winning method is being refined for tissue 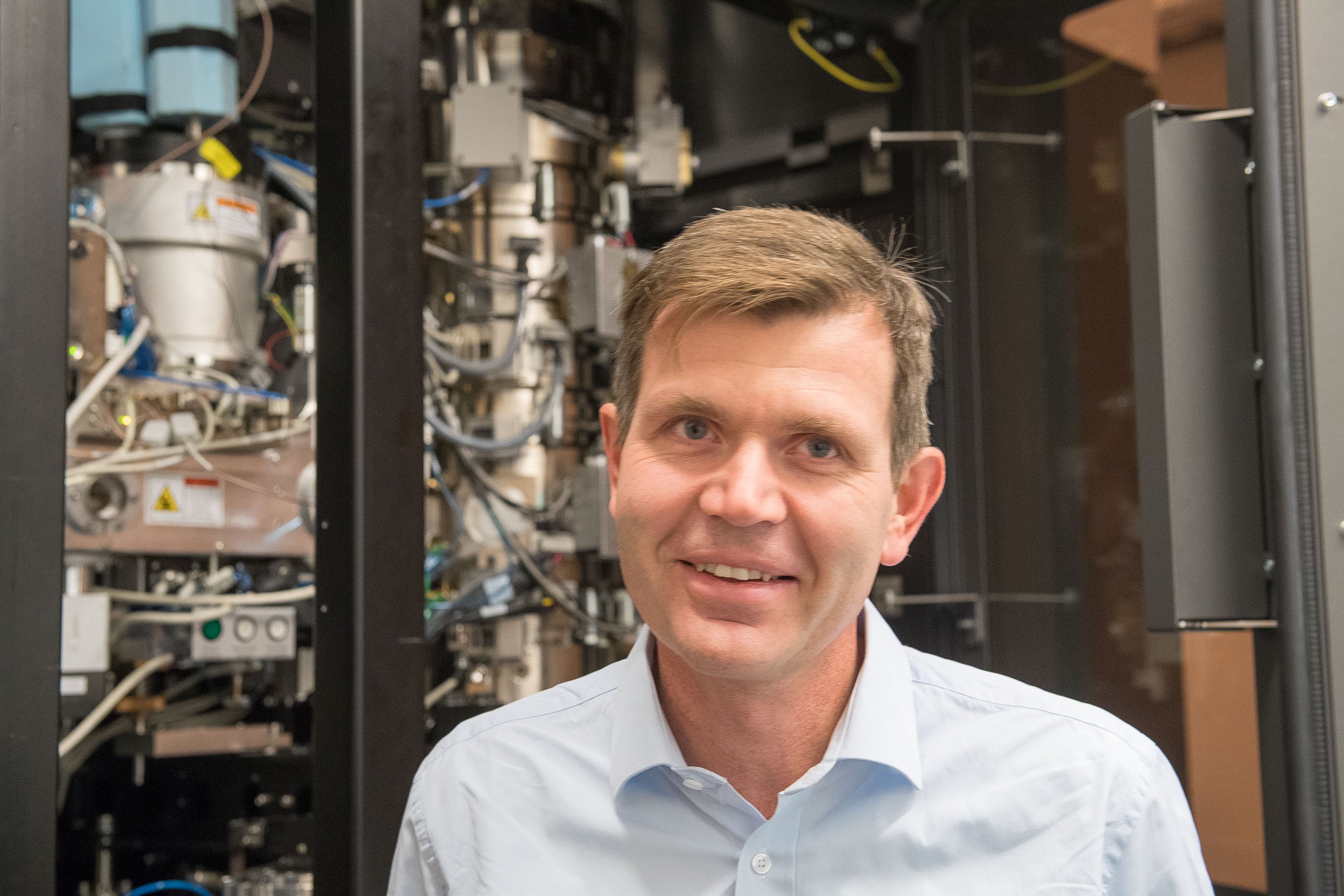 On 10 December it is once again time for the Nobel Prize ceremony. One of the three researchers awarded the Nobel Prize in Chemistry is Jacques Dubochet, who pioneered a flash freezing method for biomolecules that avoids the forming of ice crystals in water. The cryo-electron microscopy technique provides us with detailed high-resolution images of molecular structures. The Nobel Prize-winning method was taken to Karolinska Institutet by Jacques Dubochet’s colleague and friend Lars Norlén, to be applied to biological tissue.

What were your first thoughts when you heard about Jacques Dubochet’s Nobel Prize?

– It felt fantastic, partly because he thoroughly deserves it. It is confirmation of the value of the methods and techniques. Jacques Dubochet and I worked together when I was doing my postdoc with him between 1999 and 2004. We have worked extremely closely and remain good friends. After my postdoc, I returned to Karolinska Institutet and built an identical lab here. Jacques Dubochet is now retired but I still discuss all of our articles with him.

What is he like, as a researcher and a person?

– Jacques Dubochet is a classic example of the original researcher, stubbornly running his own race with extreme stamina, way beyond the mainstream. He has always worked in small groups and has been able to follow his own path.

I consider him to be a true original in a purely positive and genuine manner, incredibly dedicated, enthusiastic, warm and friendly. He is not a domineering personality and has never maintained a high profile.

How is cryo-electron microscopy used at KI?

– Our cryo-electron microscopy laboratory is located at the Department of Cell and Molecular Biology, CMB, where we have a team of three researchers studying the skin barrier. It was here at CMB that we implemented the technique as per Jacque’s model and later refined it.

Flash freezing proteins in solution, allowing us to study individual molecules in test tubes, has had enormous success worldwide and the technique is also currently being used at SciLifeLab. However, Jacque’s own work in recent years was mostly aimed at developing the technique for applications with cells and tissues in their natural environment, rather than in test tubes. And this is what myself and my two colleagues are working on.

How do you go about studying the skin?

– We flash freeze tissue samples taken from the skin, normally a small piece of skin from the forearm. We then place the skin in liquid nitrogen, flash freezing it so quickly that the water in the tissue doesn’t have time to form ice crystals. In order to succeed, we need to achieve a temperature of -140°C within 20 milliseconds. This holds everything in its exact position and the water becomes solid while maintaining its liquid form, much like if one were to solidify all of the water in an aquarium with all of the fish remaining exactly where they were.

What conclusions have you come to about the skin barrier?

– We have been working to determine the structure of skin at molecular level using Jacques Dubochet’s method for almost 20 years now. The skin barrier retains water in the body but also prevents chemicals, such as medicines, from penetrating. We succeeded in uncovering the basic structure in 2012. This year, by combining Jacques’ cryo-electron microscopy method with molecular dynamic simulation techniques, we succeeded in creating a ‘living’ atomic model of the skin barrier.

What does the attention focused on this technique mean to your research group?

– Here at KI, we are well advanced when it comes to using cryo-electron microscopy on cells and tissues with skin as a reference. We hope that the scientific community opens its eyes to the opportunities offered by the method and understands that Sweden is an international leader in the field.

The problem is that the microscope is extremely expensive. The entire procedure is costly, time-consuming and requires high levels of specialist expertise. However, if we want to understand the structure and function of cells at a molecular level, there is currently no alternative to Jacques’ technique. Sooner or later, we must take the step from test tubes to living cells and this is where tissue cryo-electron microscopy comes in.