Nobel Prize in literature: “She writes so wonderfully”

Congratulations to Lennart Ilke, senior adviser at Karolinska Institutet’s Property and Facilities Office! He now also has the distinction of having translated to Swedish one of the books by the Polish winner of the 2018 Nobel Prize in literature, Olga Tokarczuk. 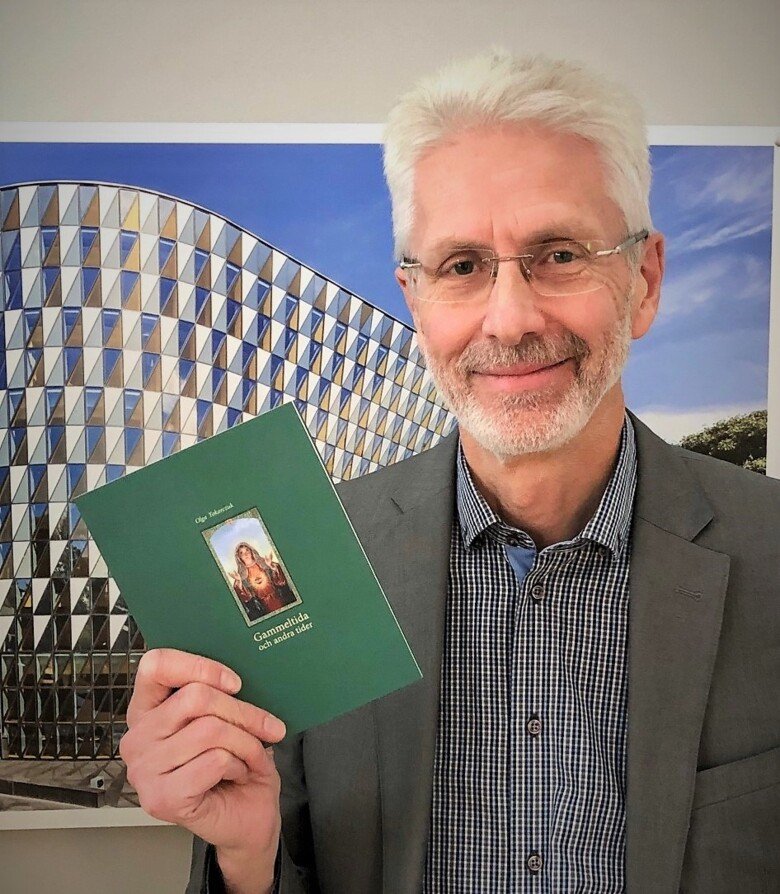 How does it feel?
“I was in a meeting about Biomedcium and saw the literature laureate news coming through on my mobile. I was very happy, of course, but I refocused on the meeting. Olga Tokarczuk truly deserves the prize. She writes so wonderfully, a genuine storyteller, both poetic and realistic. The Swedish title of the book I translated is Gammeltida och andra tider.*  Coming up with ‘gammeltida’ wasn’t easy. The word doesn’t really exist in Swedish. However, everything in the book is about time** so getting it right was crucial.”

Your long career as an engineer in the property field includes being the property director here at Karolinska Institutet. How did you get into translating fine literature?
“I have a feeling for language and am always looking for books to read when I’m travelling. I translate mainly because I like to read and I write because I feel others may be interested in the same things as myself. I started translating in 1979. That was for a magazine. The first book was in 1981. There have now been 20 Polish books and plays and several German plays. Some of these were published by my own company. However, the Olga Tokarczuk book was published by Ariel publishing house.”

It’s quite common for Swedes to learn German, but what got you into Polish?
“I went to Poland in my twenties, fell in love with the country and, eventually, a lady whom I married. We’re divorced now, but we have five children together. I ended up studying Polish at university while also working. People sometimes ask where in Poland I come from or how long I’ve been in Sweden. Thus the language has become part of me.”

Will there be champagne now?
“I guess there’ll be a glass over the weekend. I’m having a visitor from Warsaw.”

* The original Prawiek i inne czasy became Primeval and Other Times in the English translation. ** 'Tid' in Swedish means 'time' in English.