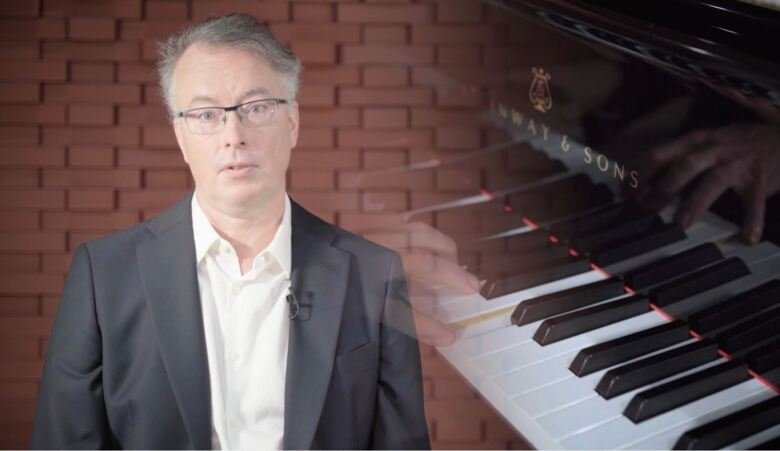 Professor Fredrik Ullén has been awarded the KI Culture Prize 2022. The prize was awarded during KI's Culture Day on 19 October.

This year’s KI Culture Prize goes to Fredrik Ullén, professor of cognitive neuroscience at the Department of Neuroscience for his "innovative research on music and the brain, informative popular science publications, and world-class concert piano performance".

The advisory board for culture (Kulturrådet) at KI selects the prize winner by recognising one or more people at KI whose exemplary work bridges the gap between culture and science, both within the cultural sphere at KI and/or in the interaction with society, academia and/or research.

The award consists of a certificate, a lithograph and a terracotta sculpture.

Fredrik Ullén is the Director at the Max Planck Institute for Empirical Aesthetics in Frankfurt, professor of cognitive neuroscience at Karolinska Institutet and accomplished concert pianist. His major research interests include the neural basis of skill learning and performance, the neural mechanisms of creativity, the neuropsychology of flow and the connections between cultural engagement, well-being and health. Much of his research centres around the study of music and musicians. This is a reflection of his interest in the brain of the performing artist and the fact that music has proven to be a very useful model for the study of human learning, perception and performance in general. Ullén’s team applies an approach that combines brain imaging with experimental psychology and behavioural genetic analysis to examine gene-environment interactions. As a pianist, Ullén has performed at prestigious concert venues in Europe, Canada and the USA and is credited as a soloist on some 25 CDs, many of which have been highly critically acclaimed and received awards in the international press. He was awarded an honorary doctorate at Mälardalen University (2022), is a scientific member of the Max Planck Society (2021), and a fellow at the Academia Europaea (2017) and the Royal Academy of Music (2007).

How is the brain affected by culture? They see the power of music