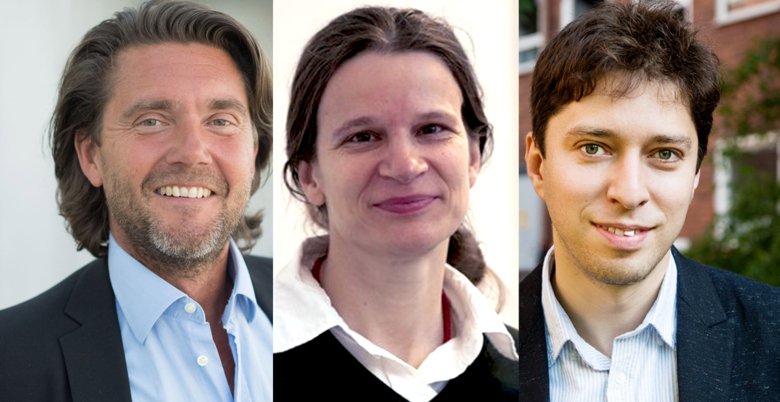 Two research projects at Karolinska Institutet have been awarded synergy grants from the European Research Council (ERC). In total, the researchers and their international partners were awarded about EUR 19 million (SEK 209 million) over a six-year period for studies that aim to widen our understanding of disease-causing fat cells and unlock new cancer treatments.

This year, a total of EUR 363 million in ERC Synergy Grants, a relatively new funding program, are awarded to 37 research groups. These are comprised of small teams of top researchers in cross-disciplinary scientific fields that together will tackle some of the world’s most complex research problems.

As the ERC puts it, challenges such as curing cancer, tackling climate change and forecasting earthquakes are simply too big to address for one scientist alone. Eight projects will for the first time involve scientists outside of Europe, including in the United States where one partner of the KI-researchers is based. The end-result should have the potential of becoming a benchmark on a global scale.

“These are very prestigious, highly coveted grants — so a big congratulations to all 7 principal investigators involved,” says Tamsin Lindström, EU grants specialist at Karolinska Institutet. “The two awarded projects really epitomise the type of research that ERC Synergy aims to support: They bring together outstanding scientists at the forefront of complementary fields to jointly undertake bold, curiosity-driven research with the potential to transform the research landscape. Having such projects at KI is very exciting and, moreover, aligns perfectly with the Strategy 2030 vision of KI as a global, engaged and ground-breaking university.”

Below are the funded projects at KI:

Researchers: Mikael Rydén at the Department of Medicine Huddinge at Karolinska Institutet; Bruno Antonny at CNRS in France; Dominique Langin (corresponding principal investigator) at the Université Paul Sabatier in France.

Funding: EUR 9.7 million over a six-year period (about SEK 106 million) to be shared more or less equally

Short summary: This project will dig into the mechanisms of the fat cell to understand how one of its most characteristic components, the lipid droplet, can influence the development of common diseases. Prior research has shown that large fat cells are associated with an increased risk for type 2 diabetes and cardiovascular disease. The size of the fat cell is determined primarily by the size of the lipid droplet, a complex organelle that affects the function of the fat cell in many different ways. The project will draw on the expertise of a group of clinical researchers, cell biologists and biophysicists.

Mikael Rydén: “We’ve wanted to understand the central role of the adipocyte lipid droplet for decades but have never had the possibility to study it in environments spanning from the most exquisite molecular detail to clinical conditions. Our consortium and the funding from the ERC will allow us to answer questions we’ve asked for a long time but have never been able to address before.”

Researchers: Igor Adameyko (coordinating principal investigator) at the Department of Physiology and Pharmacology at Karolinska Institutet and the Medical University of Vienna; Susanne Schlisio at the Department of Microbiology, Tumor and Cell Biology at Karolinska Institutet; Peter Kharchenko at the Harvard Medical School in the U.S.; Olivier Delattre at the Institut Curie in France.

Funding: EUR 9.4 million over a six-year period (about SEK 103 million) to be shared more or less equally

Short summary: This project will seek to find new cancer treatments by changing the way physicians target the cancerous cells. Today, most treatments focus on attacking and destroying the tumors, often using invasive therapies that can lead to undesired side-effects. These researchers are hoping to change that by studying the signals that tumor cells exchange with each other and the outside world. If they can understand the secrets of these messages, they can use them to trigger desired transformations and change the nature of the cancer itself. Their interdisciplinary work—combining oncology with computational biology, developmental biology and pediatrics—may pave the way for new innovative cancer therapies.