Henrik Grönberg the Cancer Researcher of the year 2022 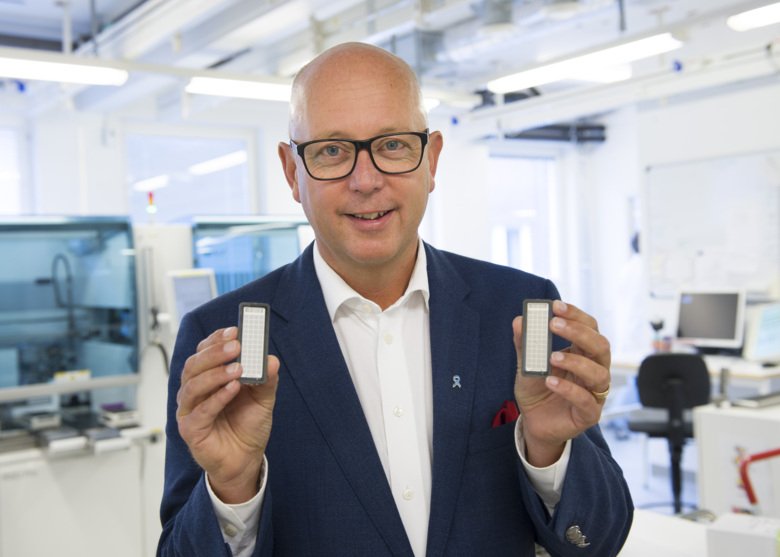 Henrik Grönberg is a professor of cancer epidemiology at the Department of Medical Epidemiology and Biostatistics, but also works as a consultant and head of the Prostate Cancer Center, which he himself initiated, at Capio Sankt Göran Hospital in Stockholm. Since 1994, Henrik Grönberg has applied for and received continuous grants from the Swedish Cancer Society.

One result of Henrik Grönberg's research is the development of the so-called Stockholm-3 test, a blood sample that combines protein markers, genetic markers and clinical data in order to detect prostate cancers requiring treatment at an early stage. The first major study, which was based on 58,000 men, was published in 2015 and since then it has progressed in various stages. A new study has combined the Stockholm-3 test with a magnetic camera examination and seen a great accuracy in being able to distinguish "kind" cancers. This means that you can determine which cancers require treatment and thus avoid making unnecessary interventions.

The aim is now to identify the right treatment for patients with widespread prostate cancer. In the study "Probio", genetic analyses of cancer tumors are performed, and using the results, it is possible to determine what type of treatment a patient should receive. The Probio study is ongoing in ten different Swedish cities and at several clinics abroad.

The research committee summarized the nomination of Henrik Grönberg as Cancer Researcher of the Year the following way: “For world-leading research on prostate cancer. For methods of detecting prostate cancer at an early stage, but also to avoid unnecessary examinations, as well as to identify the patients who need to be treated immediately. All this contributes to more individualized treatment, an increased chance of cure and a high quality of life. ”

The Swedish Cancer Gala 2022 is broadcast on January 10 and will include a film depicting Henrik and his research.