Visit from colleagues at Phu San Hospital in Vietnam 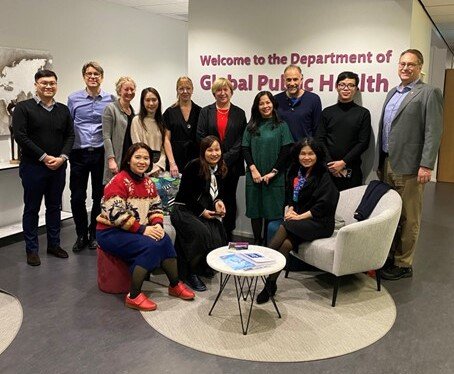 The newborn care researchers in the global child health and sustainable development goals team have had a visit from research colleagues at the Phu San Hospital in Hanoi, Vietnam, November 23-26. The visit included workshops on ongoing and upcoming collaborations and studies including the NeoSpirit project and planning for future Vietnamese PhD candidates as well as visiting hospitals. 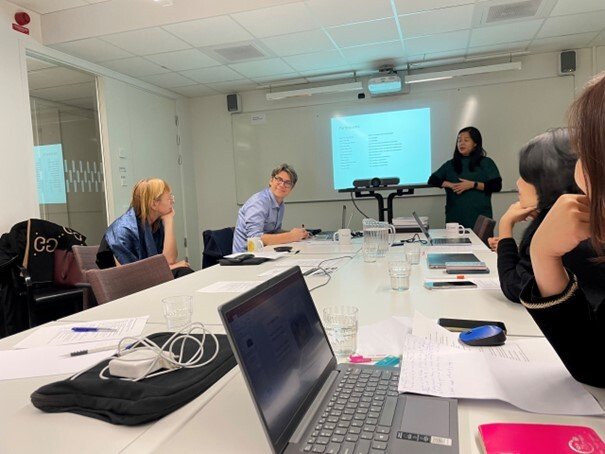 On the first day the group visited the Department of Global Public Health at Karolinska Institutet where they discussed ongoing and upcoming collaborations and studies including the NeoSpirit project that concern neonatal resuscitation.

“The team at Karolinska Institutet have worked with us since 2018 and have visited Vietnam but we had never been to Stockholm. This trip is to plan for the future but also celebrate the five-year mark of our cooperation” says Vu Thi Thu Hien.
She also says that Sweden and Vietnam celebrate 50 years of diplomatic relations and she appreciates the long history of the countries helping each other.

The team is planning for a trip to Hanoi in March to start up a new trial with the use of supraglottic airway in surfactant treatment. 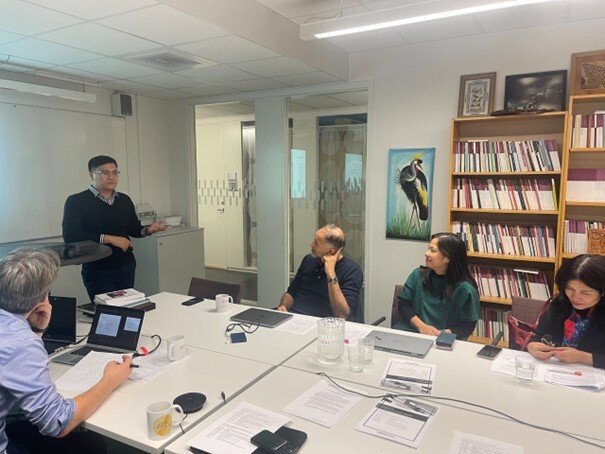 The group also visited Sachs' Children and Youth Hospital and Astrid Lindgren’s Hospital whee they met the head of the pediatric departments Fredrik Stenius and Svante Norgren. They made tours at the pediatric, neonatal, obstetric, and anesthetic wards and joined workshops in music therapy and neonatal "Golden Hour" training.

“We have had a very good time in Stockholm, it has been good discussions as well as the experience in the two hospitals. We can see the difference between our countries, and we can learn a lot from each other. There are different standards of care as well as the resources. It was impressive to see the advance medicine and treatment of difficult patients” says Hien.

Last week’s heavy snow was not a concern but rather something which was very much appreciated by the guests. The trip ended with the Swedish team inviting their colleagues to the annual traditional Christmas Concert at The Katarina Church, Södermalm.

“We very much appreciated to have our colleagues from Vietnam here and hope they will join us soon again” says Susanna Myrnerts Höök.