They receive the Silver Medal 2022

Five researchers at Karolinska Institutet (KI) are awarded the Silver Medal this year. This medal is awarded to individuals who have made excellent efforts in support of KI’s activities, and these people will be recognised in conjunction with the ceremony for Diligence and Devotion in February 2023. 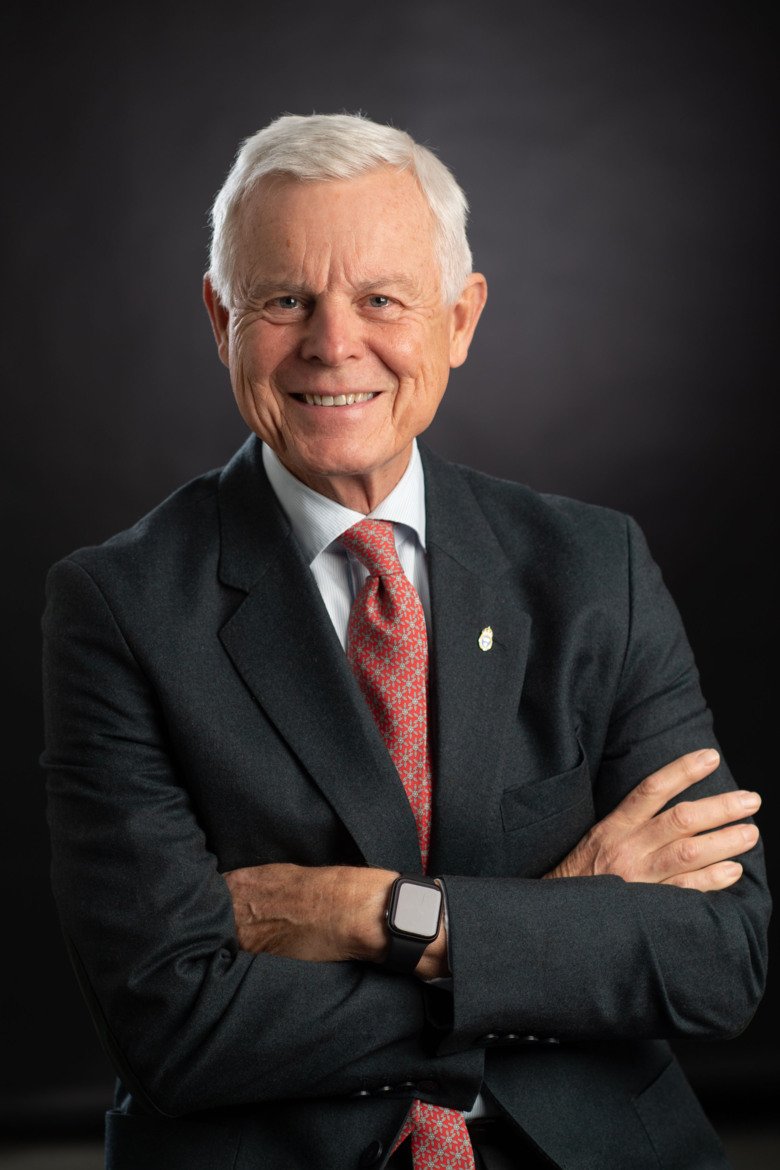 Göran Dahllöf, Professor Emeritus at the Department of Dental Medicine, is awarded the Karolinska Institutet Silver Medal for his outstanding contributions to teaching, clinical practice and research.

Göran Dahllöf received his doctorate from Karolinska Institutet in 1986 and became a specialist in paediatric and adolescent dentistry the same year. He has worked at the highest levels of clinical, educational and research practice throughout his career. His work has been internationally groundbreaking, helping to define a position for Karolinska Institutet in the field of odontology. Furthermore, his work has had a major impact on the development of odontology in Sweden thanks to the large number of offices he has successfully held. His efforts for the dentistry programme have made a significant contribution to the quality of education far beyond his own specialist field, and he has served as an inspiration and role model for several generations of dentists.

For twenty years (1987–2009), Göran Dahllöf has been the course provider for the paediatric and adolescent dentistry course, one of the major clinical courses in dental education. Between 2003 and 2015, he led the work on a new study plan for dental education that emphasised professional development, scientific training, placed emphasis on general medical education, patients with special needs and the introduction of standardised clinical examinations.

Göran’s main research theme has looked at clinical odontological treatment research, which can be divided into three themes: oral complications in children with chronic diseases and disabilities, caries prevention for socio-economically disadvantaged groups, and dental phobia.

Göran Dahllöf was a clinical specialist and dental consultant working in paediatric and adolescent dentistry between 1987 and 2017. His main focus was the oral health of children with chronic diseases and disabilities. He created collaborations with the clinics for paediatric medicine and paediatric rehabilitation at Huddinge Hospital and the Astrid Lindgren Children’s Hospital, and worked both clinically and academically with many groups of children and adolescents at increased risk of oral diseases. He has also worked with psychologists to develop and scientifically test CBT programmes for treating injection phobia, which have been demonstrated to be very effective. 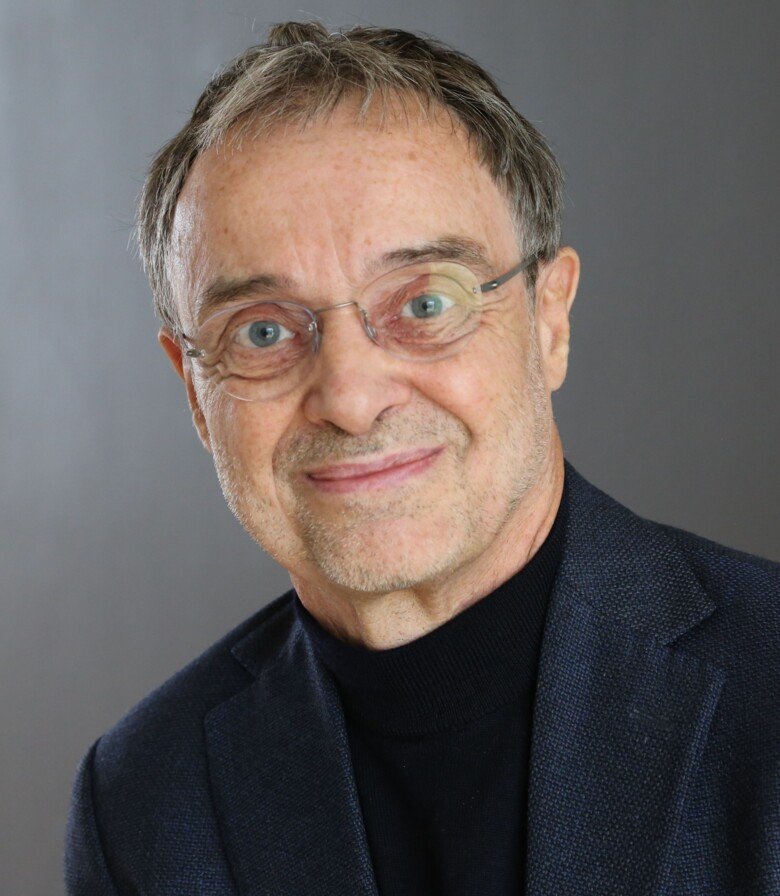 Jan-Inge Henter, Professor of Clinical Paediatric Oncology at the Department of Women’s and Children’s Health, is awarded the Silver Medal for his pioneering research in the field of histiocytic diseases, and for his achievements as Director of R&D.

Jan-Inge Henter defended his thesis entitled “Familial haemophagocytic lymphohistiocytosis: A clinical, metabolic and immunological study of a lymphohistiocytic inflammatory disorder” at Karolinska Institutet in 1990. This was the start of strong and internationally acclaimed research into histiocytic diseases, in particular haemophagocytic lymphohistiocytosis (HLH) and Langerhans cell histiocytosis (LCH). This research led to new treatment strategies and an improved prognosis for children affected by these diseases. Jan-Inge Henter’s treatment protocol ended up saving most of these children and became the international standard. He subsequently played a key role in identifying the molecular basis of these conditions, which – when the mechanisms were clarified – turned out to be several different diseases caused by various immune system defects.

Jan-Inge Henter has played an active part in Karolinska Institutet’s activities throughout his career. He has served as Deputy Head of the Department of Women’s and Children’s Health (2007–2012) and Coordinator and Convenor of the Professors’ Collegium at Karolinska Institutet (2008–2012). He held the position of R&D Director at Karolinska University Hospital between 2012 and 2017. 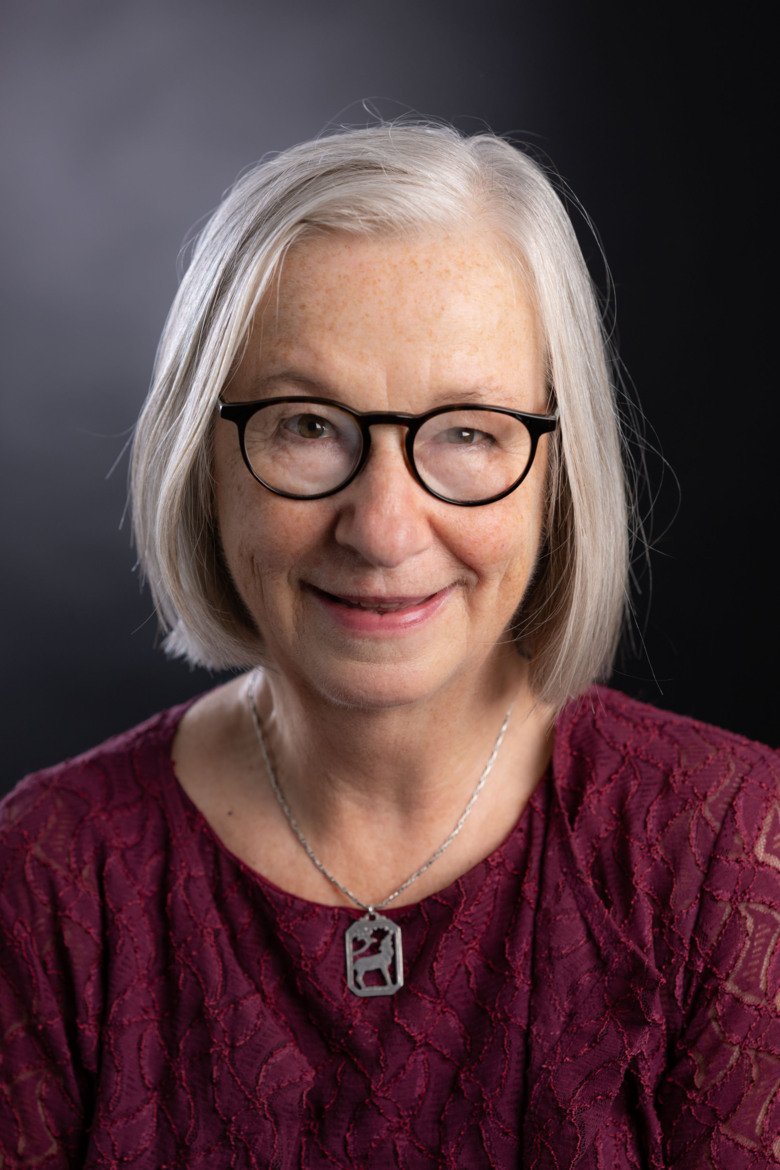 Lena Borell, Senior Professor of Occupational Therapy at the Department of Neurobiology, Care Sciences and Society, is awarded the Silver Medal for her outstanding contributions to the development of research and education in care sciences with major relevance to the development of healthcare.

Lena Borell was appointed the first professor of occupational therapy in Sweden and Europe in 2000. As one of the first occupational therapists in Sweden to hold a doctorate, she led the development of the occupational therapy programme at Karolinska Institutet towards a university subject and an academic programme with research and third-cycle education. Before programme relocated to KI from the School of Health and Welfare in 1998, Borell initiated a research group that included lecturers and associate professors in occupational therapy, as well as visiting researchers from other disciplines, to contribute research related to the rehabilitation of older people and interventions aimed at dementia sufferers. This was an important step in creating a link between education and research that had not existed previously. Lena Borell worked strategically to engage lecturers and associate professors in research and in international work and pursued the goal of educational excellence. This initial venture is reflected in the current activities, with outstanding research into older people and rehabilitation, well-established and longstanding international collaborations and educationally innovative projects in courses and study programmes.

Lena Borell has worked in several leading roles in which she has strengthened not only occupational therapy but the care science research as a whole at Karolinska Institutet. Among other things, she has chaired the Healthcare Research Board at KI (1998–2002), as well as the Centre for Healthcare Science at KI (2002–2007). In 2008, she led extensive efforts to formulate KI’s strategy for healthcare research at KI (SFO-V) within the framework of the major Swedish national initiative on strategic research domains (SFO).

Her efforts to strengthen care science research at Karolinska Institutet has also included work on developing regional collaboration with the municipality of Stockholm and municipal health and medical care. The aim has been to strengthen both research and education at Karolinska Institutet through collaborative projects with Stockholms Stad Äldreförvaltningen and the Innovation Office of the City of Stockholm. 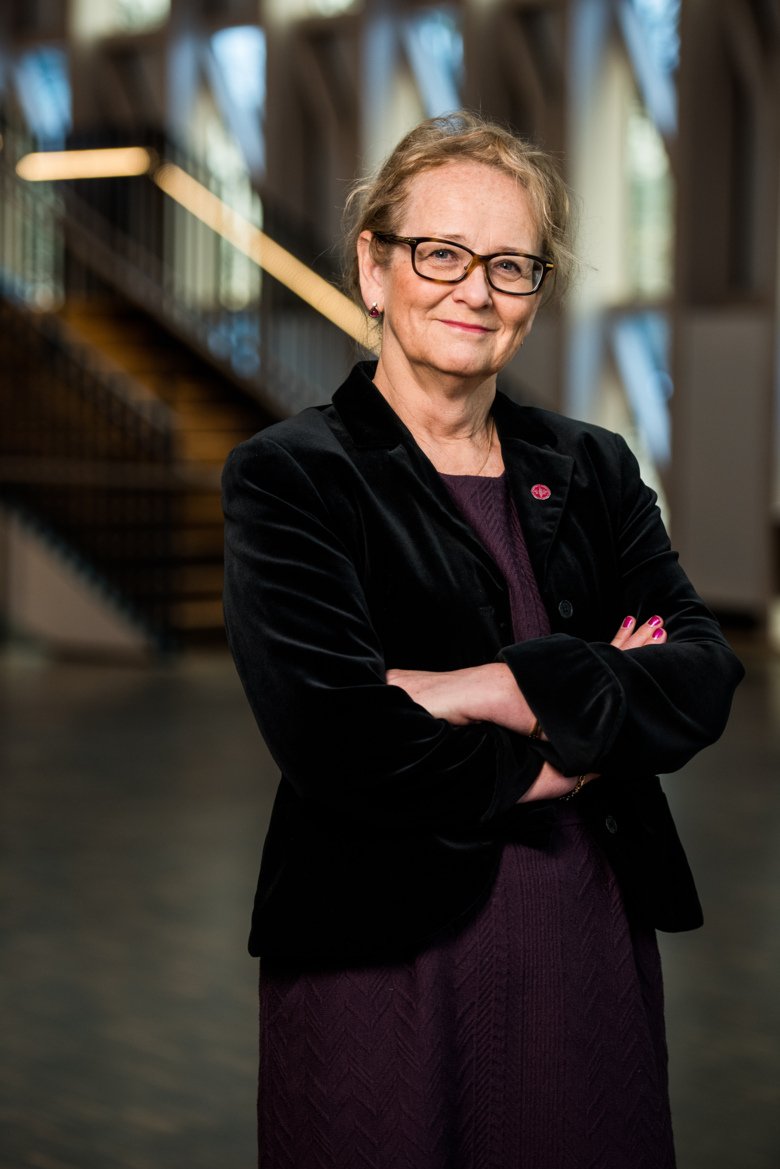 Marianne Schultzberg, Professor at the Department of Neurobiology, Care Sciences and Society, is awarded the Silver Medal for her outstanding contribution to third-cycle education and her research into neurodegenerative diseases.

Other priorities have included the importance of a strong link between clinical aspects and research. In this respect, Marianne has implemented a number of initiatives for the clinical graduate schools, a very important function to facilitate third-cycle education for clinicians. Under Marianne’s leadership, a review of the conditions and acceptance ratio for the clinical graduate schools was conducted, which looked at issues such as increasing the number of places at the school with emphasis on epidemiology. Marianne also realised how important it was to give doctoral students and other researchers the tools to develop their research findings, including through the graduate school in Drug, development and design. Other areas where Marianne has worked to support include encouraging new or supporting ongoing international collaborations for doctoral students with universities in other countries.

Marianne Schultzberg received her PhD from Karolinska Institutet in 1980 and has had a very long and extensive research career in neurobiology and dementia research. The fact that most neurodegenerative diseases have an inflammatory component has been concretised with important contributions from Marianne’s research, which has shown that neuroinflammation in the brain in Alzheimer’s sufferers plays a crucial role in factors such as the activation of pro-inflammatory components, as well as the protective effects of molecules that terminate inflammation. By combining studies in cell and animal models with analysis of patient material, Marianne has succeeded in gaining new insights into the inflammatory processes and, in a translational approach, paved the way for potential new treatments for Alzheimer’s disease. 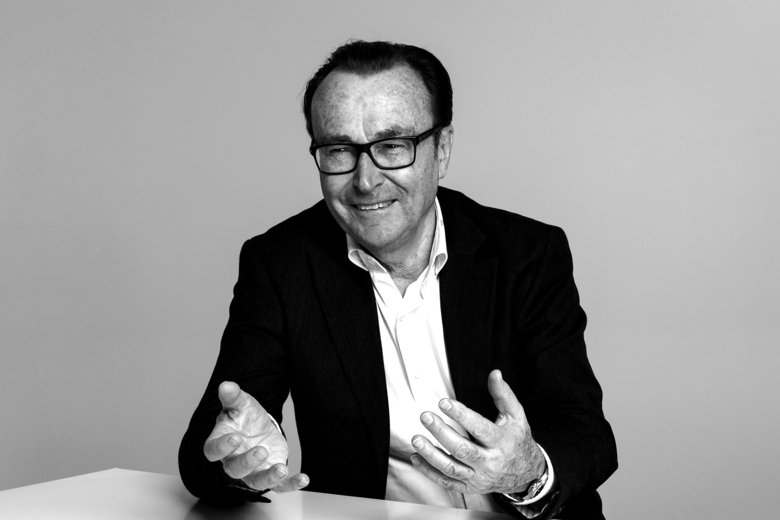 Rolf Kiessling, senior professor of experimental oncology at the Department of Oncology-Pathology, receives the Silver Medal for having devoted his entire career to conducting world class science at Karolinska Institutet.

Rolf Kiessling has devoted his life and career to improving the outcome for cancer patients in Sweden and worldwide, and he has trained several generations of Swedish scientists to become outstanding scientists.

Rolf Kiessling earned his his PhD degree in 1976 at Karolinska Institutet. As a graduate student at Karolinska Institutet, he discovered the natural killer (NK) cell which is an important component of the immune response to viruses and cancer cells. The discovery of NK cells is a breakthrough in the history of immunology research. Hundreds if not thousands of laboratories around the world focus their research on NK cells biology. It is only in the past several years that NK cell immunotherapy has started to be implemented in clinical trials in patients with advanced cancer. Encouraging results from these trials indicate that NK cells will likely play a greater role in future cancer therapies.

Later in his career, Rolf Kiessling focused his lab on T cell-based aspects of cancer immunotherapy. His laboratory discovered new antigens on tumor cells which can be recognized by the immune system, studied the tumor microenvironment, and devised strategies to reverse the immune suppressive environment. All of this work has led to his current and most successful set of clinical trials at the Karolinska Institutet to combine adoptive T cell transfer with cancer vaccines which have led to remarkable clinical responses for patients with advanced cancer.

The medal can be awarded to a person who has made excellent efforts to support the activities of Karolinska Institutet’s mission – not only its education and research but also its outreach activities as well as its working environment/core values and implementation.

One or more medals are awarded in conjunction with the ceremony for Diligence and Devotion. The Silver Medal is primarily intended for internal recipients, yet it can also be awarded to external recipients.