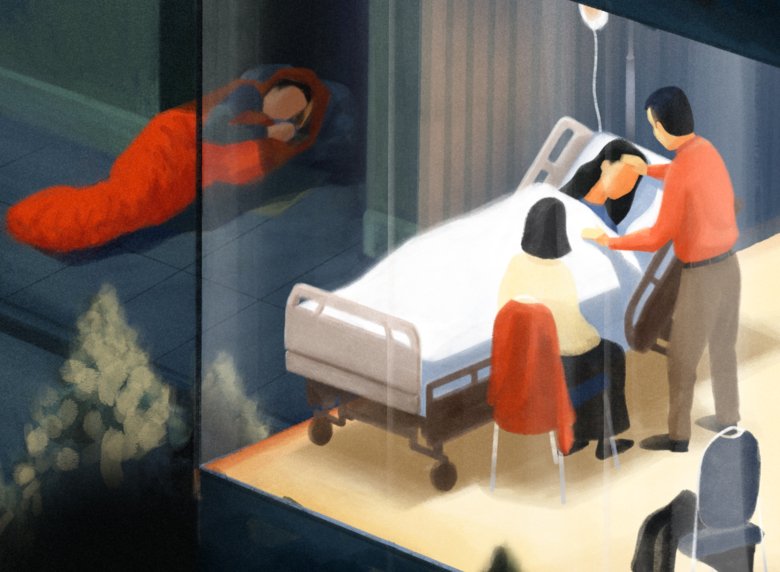 Caption:
Where you are born, where you live and what you do for work are factors that affect your health. Illustration by Sam Brewster

Text: Annika Lund for Medical Science no 3 in 2022

People born in Iraq, Somalia or Syria had a clearly increased excess mortality in the beginning of the COVID-19 pandemic. Cramped living conditions, multi-generational living, and less opportunity for social distancing at home and at work likely contributed to this.

The risk of having a stroke is 37 per cent higher in Gävleborg County than in Kalmar County, according to a compilation by the Swedish Heart Lung Foundation. Stroke is one of the most common causes of death in Sweden, but the number of cases is decreasing. However, the rate of decrease varies in different parts of the country.

The risk of developing type 2 diabetes varies depending on occupational group. This was shown in a study in which 4.6 million Swedes were monitored via registries between 2006 and 2015. Among male factory workers, 9.4 per cent developed the disease between these years. This can be compared with male university and college teachers, for which the corresponding percentage was 3.4. Among women, factory workers had the highest incidence, with 7.2 per cent becoming ill during the period, as compared with 2.2 per cent among female physiotherapists and dental hygienists.

A Swedish study followed all patients in Sweden who had received a mechanical heart valve prosthesis at some time between 1997 and 2018 via various health registries. It found that of these 6,000 people, those with a low socio-economic status had a higher risk of bleeding overall and also a higher risk of fatal cerebral haemorrhage.

Not being able to be open about one’s sexual orientation has an adverse impact on health. This is one of the findings of a study of more than 120,000 homosexual men from a wide range of different countries. The study shows that structural stigmatization, in which society’s laws and general attitudes are discriminatory, is associated with poorer health among homosexual persons, and the researchers could see an increased incidence of depression and suicide.

Sweden has set the goal of levelling out influenceable health gaps within one generation. But is this goal realistic?

Jiloan Hamad talks about how football became a big part of his life, and why he is passionate about being an ambassador for Generaion Pep.