Jiloan Hamad: "Football has given me new opportunities" 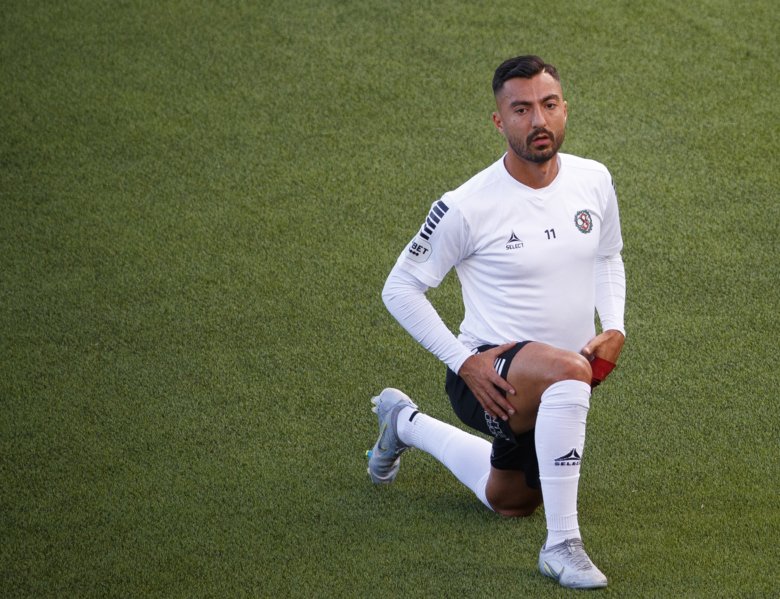 Jiloan Hamad is a midfielder with Örebro SK and plays on Iraq’s national team, but getting the opportunity to play in a team at a young age was not obvious. Here he talks about how football became a big part of his life, and why he is passionate about being an ambassador for Generaion Pep, an organisation which works for health equity.

As told to: Annika Lund (in translation from Swedish)
For the magazine Medicinsk Vetenskap no 3, 2022 | Spotlight on health inequities

"My family comes from Iraqi Kurdistan and my dad fought against Saddam Hussein with the Kurdish resistance. My family fled in 1990 when my big sister was one year old and my mum was pregnant with me.

We came to Sweden in 1992. When I started school, my teacher, Anders Sundell, noticed that I played football every single recess. He worked to get me on a football team, which ended up being BK Forward.

Without him, I wouldn’t have been able to make a living playing football like I do today. My parents didn’t know that there were organized sports available for six-year-olds and my dad’s Swedish wasn’t good enough for him to be able to make the necessary contacts.

My parents struggled to scrape together the money for membership fees, football boots and tournament expenses. Sometimes it was clear that many on the team came from poor families. We had to withdraw from some tournaments, such as the Gothia Cup, because it cost money. The player list emptied out quickly until there were too few of us to be able to compete.

The enthusiasts, the driving forces in sports, mean so much for young people in vulnerable areas. They can act as counterpoles to drugs and crime. I’ve often thought that society should recognize these people and acknowledge them more than they do today.

The purpose of the non-profit organization Generation Pep is to create community and joy in sports. I want everyone to know that they can perform better in school if they are physically active, so I do presentations about this in the schools. I also arrange challenges on social media, such as touch drills where you have to dribble a ball as many times as you can in 30 seconds. Challenges like this go viral, spreading like wildfire and creating a love of exercise."

Sweden has set the goal of levelling out influenceable health gaps within one generation. But is this goal realistic?