Professors in history – ideals have changed over time

Opinions have varied on how many professors Karolinska Institutet is to have. The first change took place in 1993, when over a hundred “kingdoms” were abolished. 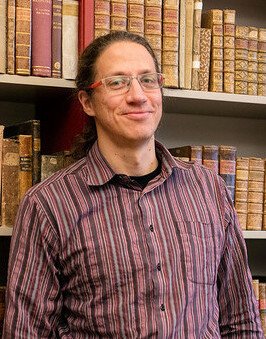 Text: Ann Patmalnieks. First published in Swedish in the magazine Ki Bladet no 5, 2016

Throughout its history KI has swung between expansion and attempts to concentrate its activities, says Daniel Normark, historian at the Unit for Medical History and Heritage at KI. Today there is a log-term endeavour to reduce the number of professors. And it’s not the first time.

The most far-reaching organisational change was made in 1993, when 145 departments were reduced to 35.

– 100 kingdoms, as the Dean of the Faculty of Medicine at the time, Erling Norrby, called them, were abolished. Of course it wasn’t popular with everyone, but connected to the change was a promise that the environment ay KI would be substantially refurbished, Daniel Normark says.

KI had one of the oldest laboratory environments in the country and was now given 1.4 billion by the state. It would now be possible, among other things, to build the Scheele and Retzius laboratories and renovate some others.

– The plan was to become more of a research institution and teaching responsibility was toned down. KI would concentrate on having the best professors.

One of the reasons for the marked increase that had taken place in the number of professors was certain reforms as regards titles. But it was also because people at KI were very good at claiming new territories. It wasn’t always the state that paid; funding could be found elsewhere.

The change in 1993 was about concentrating on cutting-edge competence rather than breadth. It was partly achieved by means of departures and retirements but also by merging departments.

– When funds were later freed up, it would not automatically lead to the appointment of another professor. The money would be used where it would give the most benefit. What was most promising from the point of view of research? Previously when a professor had retired, a new researcher had been appointed in the same field.

The Vice-Chancellor of the time, Bengt Samuelsson, was the one who pushed the reduction in the number of professors.

– He thought the organisation had begun to sprawl too much. He felt that having to constantly appoint new professors in old fields put a strain on the organisation and wanted to “move with the “landscape”.

Only five years later, the pendulum swung again when KI merged with Hälsohögskolan in Stockholm in 1998 and the thrust turned once again towards greater breadth. The education budget was doubled.

– If you want to teach you need to have knowledge in all fields.

The number of professors increased once more, wich was not only a result of the focus on education.

There were also many self-made researchers who arranged their own funding, published papers and made themselves indispensable.

The professor’s role has changed over the years, says Daniel Normark. The professor could be the hub in his area of knowledge, and hold various positions of authority and parallel appointments. A professor could sometimes be bigger than KI itself, be more prominent, and have his or her own contact networks around the world.

Others have had a more administrative role.

– Some trained as doctors, conducted research and made names for themselves. When they were later appointed professors, they mainly devoted themselves to managing the research, maintaining an overview and teaching doctors to be.

Ideals have also changed when it comes to KI’s buildings. In the 1800s the departments were spread all over Stockholm but were brought together in the early 1900s.

– KI was adamant about the principle of one professor, one subject, one building.

During the second world war, one particular study proposed a different kind of development where as much space as possible should be shared. This had no effect on the number of profess, however.

The buildings grew organically. A new wing might be added for a new professor.

Medical history and herritage Spotlight on the conditions of science