Professor Jonas Ludvigsson awarded the "Gut Feeling" of the year 2022 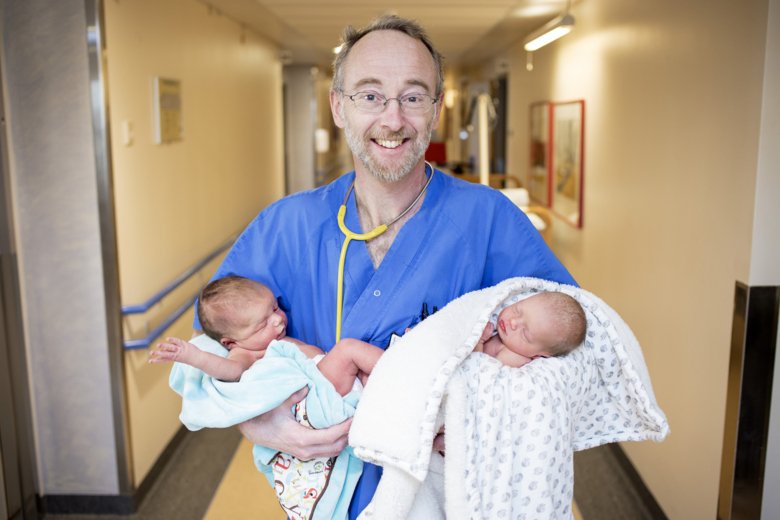 During the Annual pediatric IBD meeting in Örebro on September 29-30, Jonas F Ludvigsson received this year’s honorary award "the Gut Feeling" SPGHN, the Swedish Association for Pediatric Gastroenterology, Hepatology and Nutrition, amidst the cheers of the audience. The prize is awarded after voting by pediatricians in Sweden.

Despite his youth, Jonas Ludvigsson has established his position as a world leader in pediatric gastrointestinal (GI) epidemiology. With the tenacity of a terrier, Jonas has single-handedly created a national histopathology register that puts Swedish GI register studies at the cutting edge. With Sweden as a base, Jonas has created a borderless network of researchers and has over time been awarded professorships in both Europe and North America.

Despite his academic success, Jonas is still deeply rooted in the real-world of healthcare. With the everyday work at the children's clinic in Örebro as a starting point, Jonas writes popular science books about both gluten and children's medicine to be used as guides for sick children and their parents. Jonas possesses a rare ability to communicate science with scholars in Oxford English and with farmers in his broad Östergötland dialect - with an unfailing gut feeling for what the recipients want to know and can understand. Through this talent, Jonas has made a name for himself in the public debate and has consistently defended the perspective of children and young people in the media.

Jonas possesses an energy and a lack of inhibition that could lead him astray if it was not counterbalanced by his unprestigious talent and the decency and courage of Tintin as a moral guide. Jonas' creativity and work, driven by his joie de vivre, should not be labeled as an achievement in research or medical work, but rather as a perpetual mastery in transgressing boundaries.

”Jonas, many lay claims on your talent. This summer you were named the Örebro citizen of the year and recently you received the Swedish Medical Association's Jubilee Medal. We are grateful that part of your free spirit belongs to Swedish pediatric gastroenterology and we hope that you will continue to inspire us to dare to think and act outside the box in life and work."