Oligodendrocytes forget their ancestry in adulthood 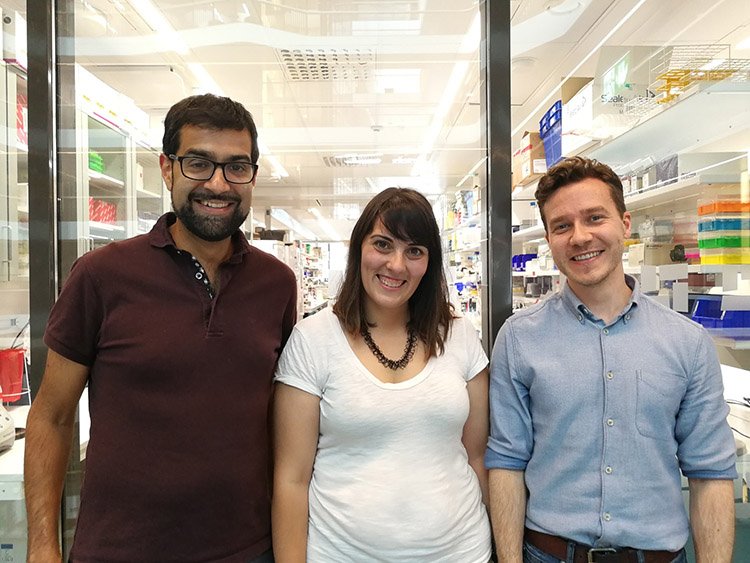 A cell type in the brain crucial for the functioning of the nervous system, oligodendrocytes, forget their origins throughout their life, unlike other nerve cells, according to a new study by researchers at Karolinska Institutet, Stockholm, Sweden. The findings were published in Developmental Cell.

Oligodendrocytes are one of the most abundant cell types in the brain and spinal cord. One of their functions is to produce myelin, which forms an insulating sheath around nerve cells and allows efficient transmission of electric information, crucial for the functioning of the nervous system.

Loss of oligodendrocytes and the myelin they produce is associated with diseases such as multiple sclerosis.

Oligodendrocytes originate in different locations in the brain and spinal cord. When their ancestor cells are first generated during the early stages of life, they have different properties depending on the region they come from.

In this study, researchers led by Dr. Gonçalo Castelo-Branco at Karolinska Institutet used a recently developed technology, single-cell RNA sequencing. It enables the characterisation of each individual cell, and, in combination with other technologies, tracing it back to the early life in mice.

Differences between oligodendrocytes are lost later in life

They found that the ancestor cells of oligodendrocytes are different depending on which region of the brain they come from. These differences are later lost, and the cells become very similar independently of where they end up.

"While regional differences in nerve cells are very important for their final identity in adulthood, this is not the case for oligodendrocytes, that appear to forget who they were when they are required to produce myelin,” says Sueli Marques, previously postdoc at the Department of Medical Biochemistry and Biophysics, Karolinska Institutet and first author of the study together with David van Bruggen and Darya Vanichkina.