New understanding of RNA movements can be used to treat cancer 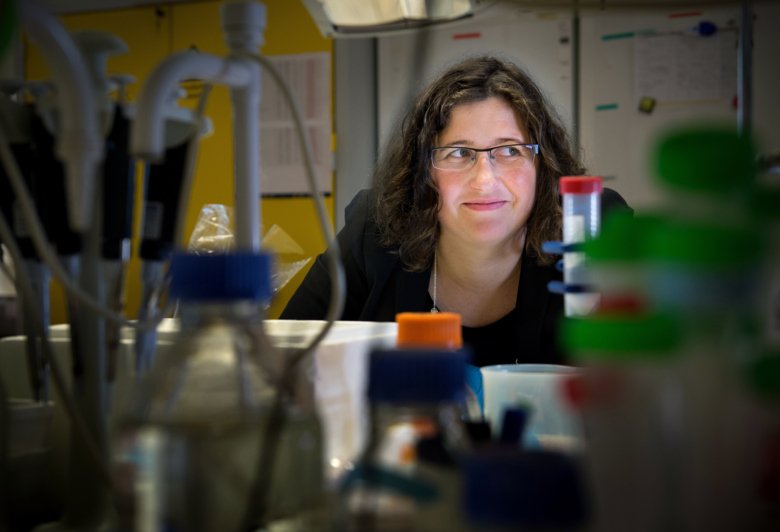 Research from Karolinska Institutet published today in Nature shows that an RNA molecule involved in preventing tumour formation can change its structure and thereby control protein production in the cell. The finding can have important clinical implications as it opens for new strategies to treat different types of cancer.

Short RNA molecules in our cells, called microRNAs, are important regulators of messenger RNAs (mRNA) – the molecule that codes for the building blocks of our body, the proteins. The exact mechanism of this regulation remains elusive, but it is known that microRNAs can silence mRNA molecules and thereby prevent protein production. Therefore, they have the potential to be used as tools or targets for drugs.

Disturbed in many diseases

“It’s important to increase our understanding of how microRNA regulates protein production because this process is disturbed in many different types of diseases, including cancer,” says Katja Petzold, Associate Professor at the Department of Medical Biochemistry and Biophysics at Karolinska Institutet in Sweden who led the study. “We show for the first time that a microRNA-mRNA complex has a structure that changes and that this movement has an effect on the biological outcome, i.e. the amount of protein produced in the cell.”

The researchers studied a microRNA known as miR-34a, which plays an important role in cancer by indirectly regulating the activity of the p53 protein, known as the guardian of the genome for its ability to prevent cancer formation. Changes in the function of p53 are very common in human cancers. miR-34a downregulates the mRNA that codes for Sirt1, a protein that deactivates p53.

Using Nuclear Magnetic Resonance (NMR) and other biophysical methods, the researchers solved the structure and dynamics of miR-34a binding the mRNA molecule. When they measured these dynamics, they found that the complex exists in two structurally different states, one moderately active with a population of 99 per cent and one with enhanced activity, a population of 1 per cent. These states can interconvert, as they are in equilibrium, and the population of each state can be modified by external factors.

“Once we find out how to turn the switch, we can use this in the clinic as a drug to control the production of specific proteins,” explains Katja Petzold.

Drugs with a new mechanism of action

The researchers were then able to show that miR-34a uses the same strategy to downregulate the production of other proteins, not just Sirt1.

“We reveal the first understanding of how regulation of protein output is steered by small microRNAs based on structure and dynamics,” says Lorenzo Baronti, PhD student in Katja Petzold’s research group and first author of the study. “This is important because it opens for the development of drugs with a completely new mechanism of action.”