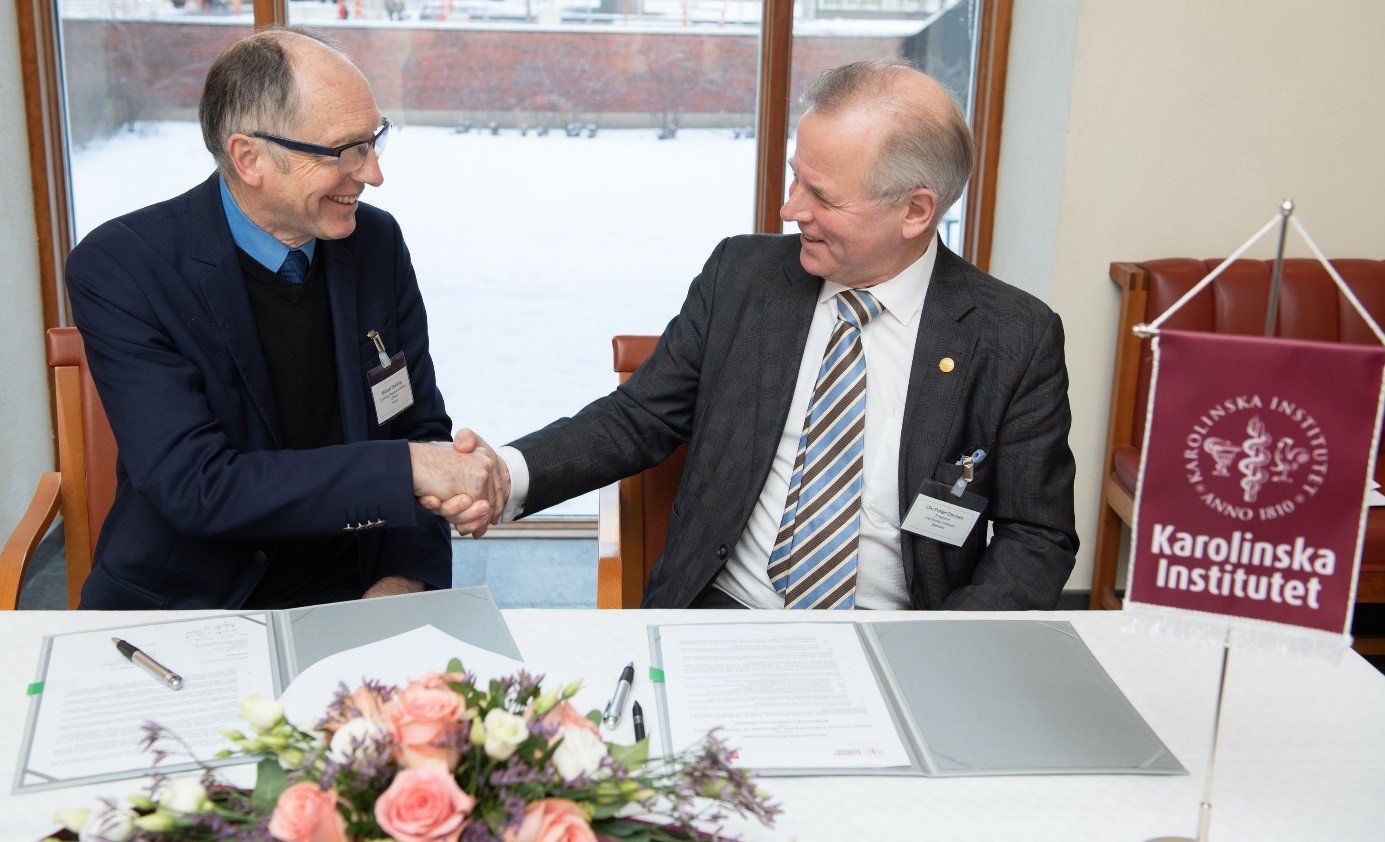 KI has now formalised its collaboration with the International Union of Basic and Clinical Pharmacology (IUPHAR) in the interests of promoting sustainable drug development and rational drug use. The agreement applies to both research and education.

A memorandum of understanding was signed by Michael Spedding, secretary general of the IUPHAR and KI president Ole Petter Ottersen at the end of January. Two collaborative projects are already underway on enhancing the capacity of low and middle-income countries as regards academic drug development and rational drug use. From KI, the projects are being led by, respectively, Per Arvidsson and Lars L Gustafsson.

The IUPHAR is a not-for-profit pharmacology organisation that was formed in 1959 and that works for greater international cooperation in the field. One of its main contributions is to provide access to information on drugs through pubic databases such as the Guide to Pharmacology.

The memorandum was signed at a workshop organised by KI and the Swedish Institute for Drug Informatics, an organisation offering scientific and evidence-based information on drugs and drug therapies.