This year’s Nobel Prize in Physiology or Medicine has been awarded for work dedicated to the connection between celestial body movements and molecular fluctuations in our cells. Or, in simpler terms, to our internal biological clocks, also known as our circadian rhythm. 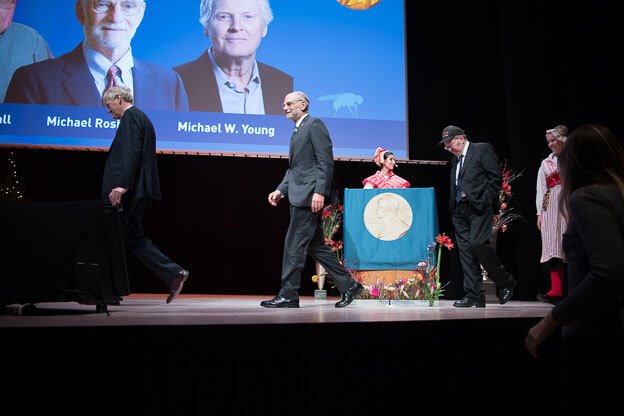 “The 2017 Nobel Prize in Physiology or Medicine goes to Jeffrey C. Hall, Michael Rosbash and Michael W. Young for their research and findings in relation to molecular mechanisms that control circadian rhythm,” announced Thomas Perlmann, Secretary of the Nobel Committee, at Monday’s press conference at the Karolinska Institute (KI). He pointed out that this year’s Prize actually has more to do with astronomy in some ways.

The fact that the Earth rotates on its own axis, which is why the planet has day and night, is something that almost all organisms – including human beings – need to deal with. In a nutshell, the chances of surviving are better if you are awake at the times when it is most easy to find food, and retreat when you are at most risk of getting attacked.

The internal clock function a mystery

Although it has long been known that both animals and plants have a circadian rhythm that controls their behaviour, how this internal clock works has also been a mystery for a long time. Hall, Rosbash and Young, having now solved this mystery, are being rewarded for their efforts in the form of this year’s Nobel Prize.

In 1984, two research groups working independently of each other – Hall and Rosbash’s group at Brandeis University, USA, and Young’s group at Rockefeller University, USA – managed to isolate a gene, the ‘period’ gene, which controls circadian rhythm.

Another important piece of the puzzle was put in place a decade later when Young discovered another gene, timeless, which was found to be necessary in order for the loop to occur. Young subsequently discovered the doubletime gene too, which influences the length of the loop by slowing down one of its stages. The research was conducted on fruit flies from the outset, but the same principles were subsequently proven to be applicable to many other organisms, including human beings. 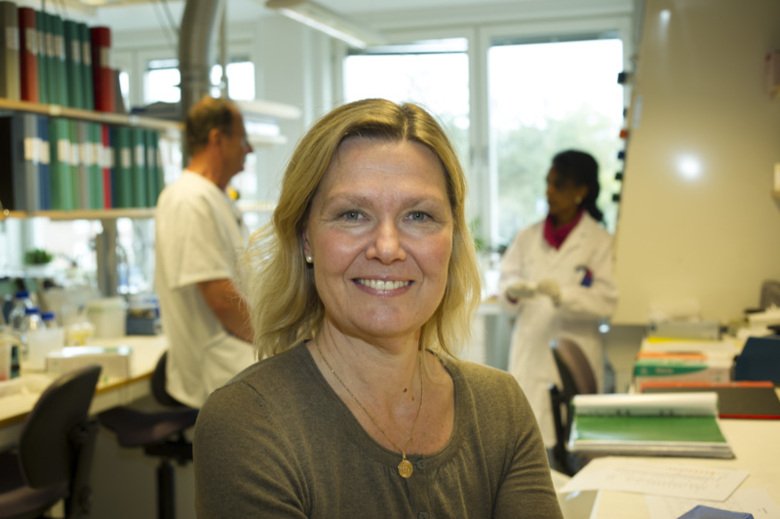 This years winners a surprise

Unusually, there were very few questions asked during the press conference, suggesting that this year’s prizewinners came as a surprise to the media.

“Being able to surprise people is fun,” said Anna Wedell, professor and chair of the Nobel Committee, after the press conference.

She pointed out that the Nobel Prize in Physiology or Medicine is really ‘just’ for Physiology this year.

“The prizewinners have made a fundamental discovery into how we have adapted to living on this planet. Most forms of life use this clock in some way - it is a major evolutionary benefit, for example, if you can automatically prepare yourself for the imminent sunrise, instead of adjusting to what has just occurred,” she informs us.

Thanks to this year’s prizewinners, we now understand ourselves, and all other lifeforms on Earth, a little better. According to Anna Wedell, circadian biology is an important field of research that has expanded rapidly in recent years - research that has been made possible to a large extent by Hall’s, Rosbash’s and Young’s discoveries.

“Clinical applications may very well be possible in reality, eventually. At the moment, research into circadian biology is about continuing with efforts to chart the internal clock’s mechanisms in greater detail, but also about attempting to understand how our surroundings and lifestyles impact on this clock,” says Anna Wedell.

She points out that we already know a good deal about the effect that daylight has, but need to know more about other factors.

“Does it matter what time of day we do things? How do our mealtimes (for example) affect our metabolism and our risk of being overweight? These are very pertinent questions in society today. Maybe we can learn how to take small steps towards feeling better by taking our internal body clocks into consideration.” 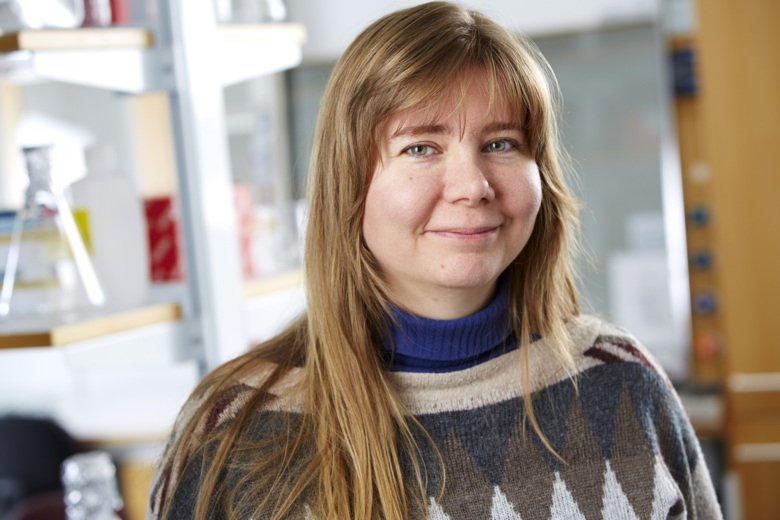 Anita Göndör, researcher at the Department of Oncology and Pathology:

How do you feel about this year’s Nobel Prize in Physiology or Medicine?
“It is bringing well-deserved attention to an important field of research that does not receive the recognition it needs. Given how important circadian rhythm is for so many of the cell’s functions, I think far too little research is done in this area.”

You do research in this field yourself. What exactly are you doing?
“We started to tackle these issues 3 1/2 years ago and haven’t stopped! Among other things we have done basic research that demonstrates how genes controlled by the internal biological clock are controlled by the genes’ positioning in different physical environments of the cell nucleus. We are also investigating how cancer cells can exploit the system for their own gain. In another project, we want to find out more about the role played by a disrupted circadian rhythm in the various health effects experienced during polycystic ovary syndrome (PCOS), a condition that affects between five and ten percent of all fertile women.”

Anita Göndör's research
Circadian genes go to sleep every day at the periphery of the nucleus
Image: 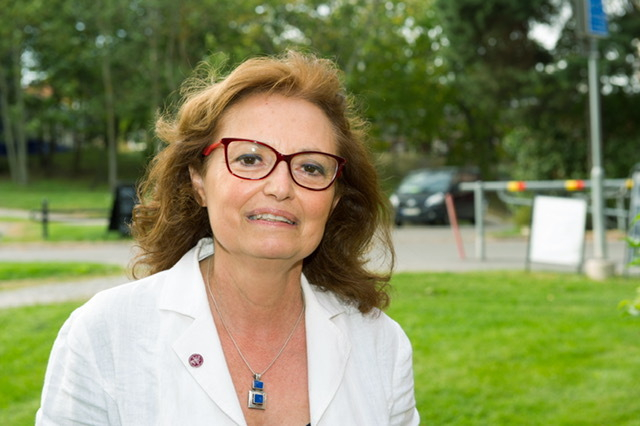 Sandra Ceccatelli, Professor at the Department of Neuroscience:

How do you feel about this year’s Nobel Prize in Physiology or Medicine?
"They’re the right winners but it was unexpected. Their findings have led to the emergence of a large and dynamic field of research that has important broader implications for our health and wellbeing."

You do research in this field yourself. What exactly are you doing?
"We have recently demonstrated that mice who develop depression-like behaviour and do not get better from treatment with antidepressant Fluoxetine have experienced changes to their circadian rhythm. Long before the symptoms of depression develop, they lose their ability to adjust their activity to the light and dark cycle. To investigate whether similar changes occur in humans, we are now conducting a measurement of patient movement. The hope is that we will be able to use the changes to the circadian rhythm as a marker of how the patient will respond to antidepressant medication and to identify individuals who are at risk of being affected by depression." 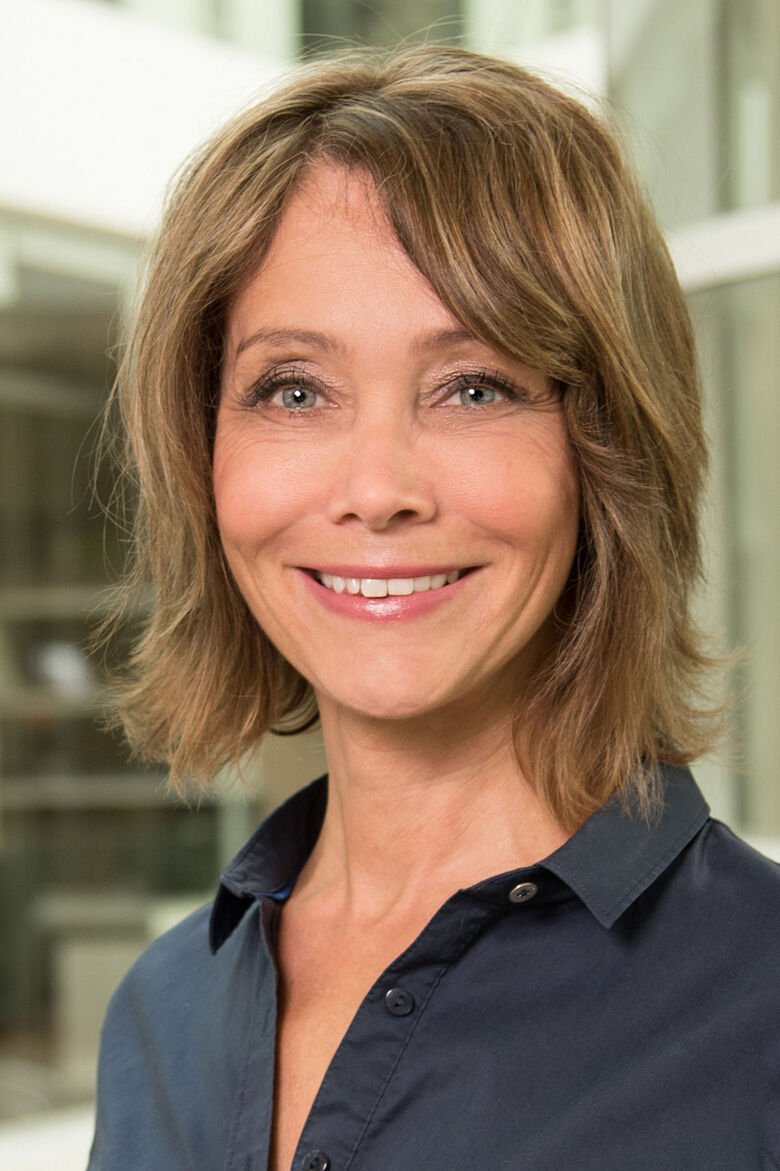 Gabriella Lundkvist, a researcher affiliated with the Department of Neuroscience and Scientific Coordinator at the Max Planck Institute for Biology of Ageing in Germany:

How do you feel about this year’s Nobel Prize in Physiology or Medicine?
"It really is well-deserved. My hope now is that it will give all researchers in this field a boost and improve understanding of how important this research is."

You do research in this field yourself. What exactly are you doing?
"I have conducted research into the molecular clock in people with schizophrenia, and right now my colleagues and I at Huddinge are conducting a study of people with bipolar disease, in which we are investigating the connection between disease-related disruptions to the patient’s day/sleep and disruptions to circadian rhythm. There are still a lot of things in this area that we do not understand, however, such as the exact mechanisms behind it. Working together with Andrea Carmine Belin, we are also researching the connection between the circadian clock and Horton disease. Working with Barbara Canlon, meanwhile, we have discovered the clock in the ear and studied the circadian rhythm in a certain type of hair cell. The findings may explain why sensitivity to hearing damage varies over a 24-hour period."

The Nobel Prize in Physiology or Medicine 2017 to Jeffrey C. Hall, Michael Rosb…