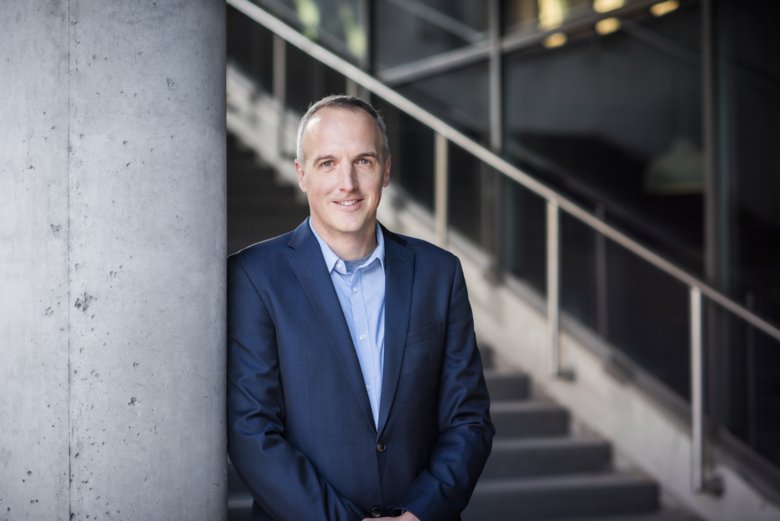 Caption:
Professor Kevin Eva is in Stockholm to receive the 2022 KI Prize for Research in Medical Education (KIPRIME). The prize is financed by the Gunnar Höglund and Anna-Stina Malmborg Foundation. Photo: Linnea Bengtsson

Professor Kevin Eva of the University of British Columbia, Canada, is this year’s winner of the Karolinska Institutet Prize in Medical Education. He received his accolade in KI’s Aula Medica in conjunction with the university’s installation ceremony on 13 October. Among its many consequences, his research has helped to improve the admission processes at medical universities.

Kevin Eva, who is in Sweden for the first time, has devoted much of his time to research that in one way or another concerns issues of assessment. One example is his work in the field of multiple mini-interviews, a model that many medical universities around the world now use for selecting students.

“No fewer than 14 out of 17 medical higher education institutions in Canada use this process,” he says.

According to his research, the literature showed that even during long interviews of 45 or 60 minutes, the interviewer forms an impression within the first five or six minutes. “So why waste everyone’s time?” as Professor Eva puts it. In the multiple mini-interview model, applicants get to meet different university representatives, as well as students and members of the public unconnected to the institution. At each “station”, an eight-minute interview is conducted on such topics as ethics, collaboration and communication; it can a little jokingly be likened to speed-dating.

“If you have twelve short interviews, you get to see twelve sides of the interviewee, which gives you a broader perspective and a better grounds for assessment,” he says.

Twenty-five years ago, when Kevin Eva began his career, medical education was a small research field whose meetings were confined to North America. Its main thrust then was to combine cognitive psychology with medicine to find routes to improved learning. Today, things look very different.

“These days the research has wide geographical spread and you could go to a meeting somewhere in the world ever week,” he says. “The researchers also represent widely diverse fields – from anthropology to physics and linguistics – and all bring their methods to the table to improve the training of healthcare professionals.”

To receive the Karolinska Institutet Prize in Medical Education, Professor Eva is now on his first ever visit to Stockholm.

“I consider this an opportunity to get a better grasp of the problems that researchers in medical education wrestle with here, and am looking forward to collaborating and sharing knowledge with colleagues at Karolinska Institutet,” he says.

The research field is not too large, however, for him not to know the ten previous KIPRIME recipients, some very well.

“We’re like a family,” he explains. “Even if we have different opinions we’re driven by a genuine desire to help each other out as colleagues in the interests of mutual improvement.”

What advice do you have for a student interested in medical education?

“To identify what aspect of this very diversified field attracts you so that you can build a research career for yourself on whatever you’re passionate about, and to get an education that’s relevant to the field. But first of all – come and have a chat with me or someone else in the field so we can help connect you with appropriate senior researchers.”

Professor Eva received the prize and the award of 100,000 euro at a ceremony in Karolinska Institutet’s Aula Medica on 13 October.

“I’m humbled, proud and overwhelmed as I see it as the prize in medical education,” he says. “Since it’s awarded in recognition of whole career and not just a project, it’s also a prize for all the colleagues whom I’ve had the privilege to work with over these past 25 years.”

He has no doubts about how the prize sum will be put to use.

“I’ve talked it over with my partner and we’ve decided to pass it on , so we’ll be donating it to various grants for research in medicine and climate change, which is her field,” says Professor Eva.