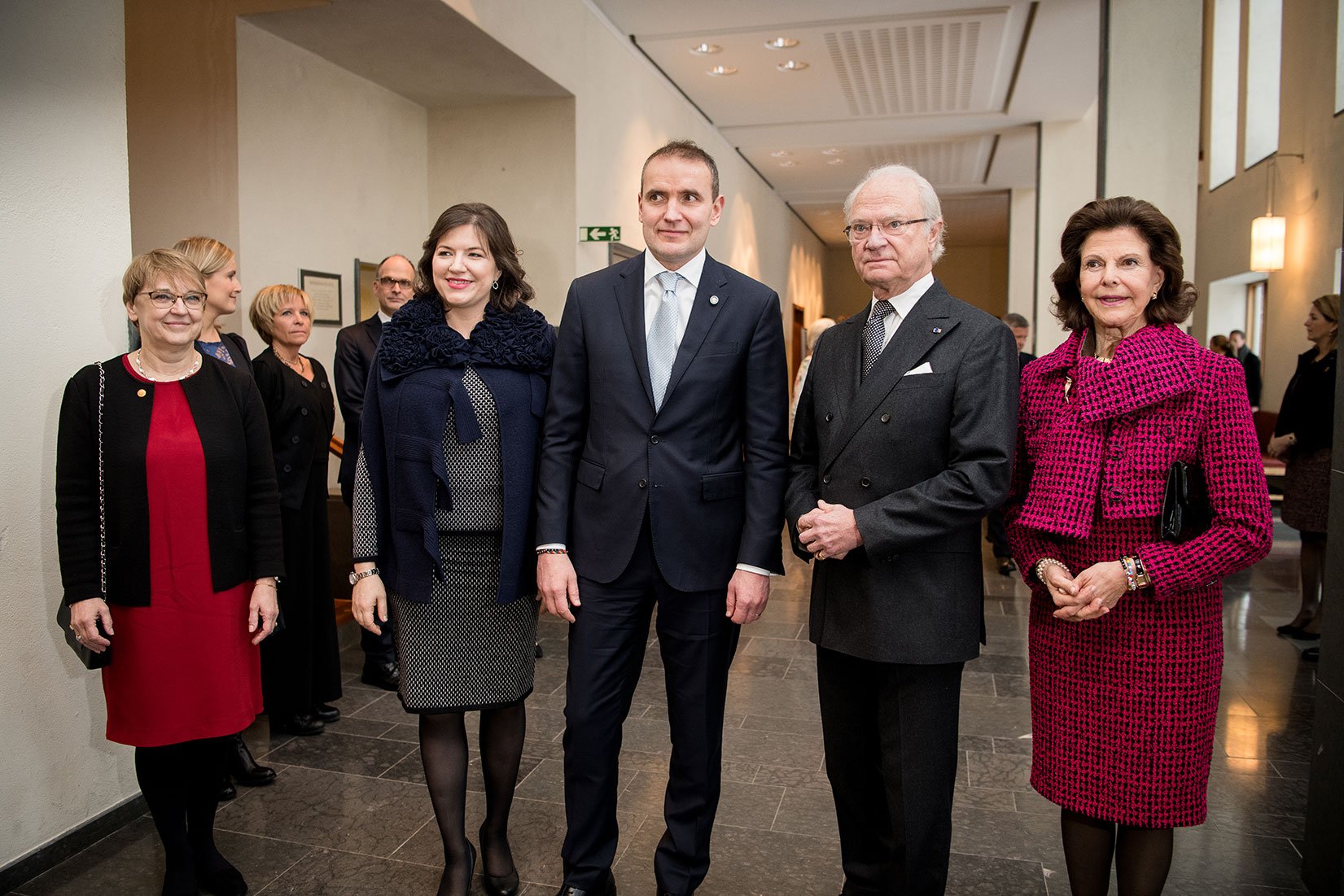 Icelandic President Guðni Thorlacius Jóhannesson and his wife Eliza Reid visited Karolinska Institutet on 18 January together with the Swedish King and Queen. KI and Iceland have enjoyed many years of collaboration, both in research and student exchanges.

The visit to Karolinska Institutet (KI) took place as part of a three-day state visit to Sweden and, in addition to the royal couple, the President and First Lady were also accompanied by Karin Röding, State Secretary to the Minister for Higher Education and Research and former university director of KI.

During a seminar at Nobel Forum, KI’s vice-chancellor Ole Petter Ottersen began by presenting KI and the university’s cooperation with Iceland. Around two percent of KI’s publications are the result of collaboration with researchers at Icelandic institutions, a notably high figure in relation to Iceland’s population. KI also has a number of student-exchange agreements with the University of Iceland.

After a speech by Professor Anna Wedell, Chair of the Nobel Committee for Physiology or Medicine, presentations were made of research collaborations.

Among the speakers was Unnur Valdimarsdottir, visiting professor at KI’s Department of Medical Epidemiology and Biostatistics, who presented her StressGene research programme, dealing with understanding the role played by genetic factors in the risk of serious illness and death resulting from psychological stress and difficult life events.

Inga Dóra Sigfúsdóttir, visiting professor at the Department of Public Health Sciences, presented her research on risk and protective factors for health among young people, and also spoke about Iceland’s successful efforts to reduce smoking, drinking and drug use among young people.