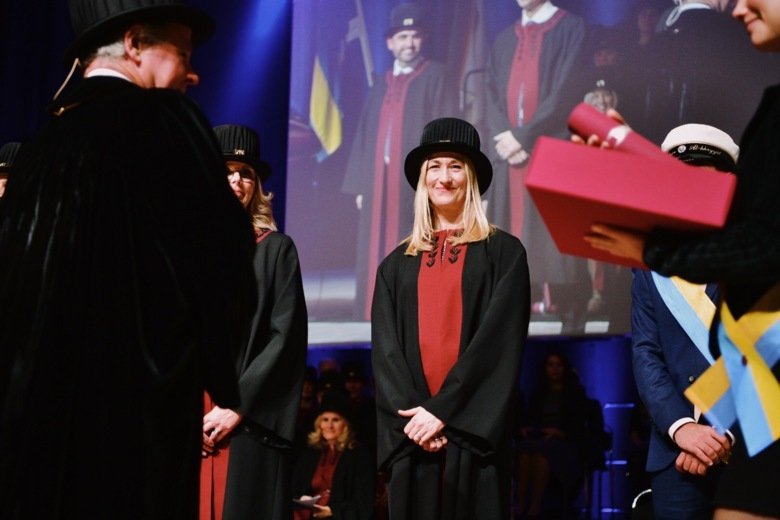 Mushroom pickers and kite surfers who want to cure cancer and eliminate chronic pain – those are some of the 13 new professors inaugurated at Karolinska Institutet on Thursday in a ceremony in Aula Medica. Some 750 guests had gathered to welcome the new professors in addition to eight adjunct professors, four visiting professors, eight prize winners and four medalists. 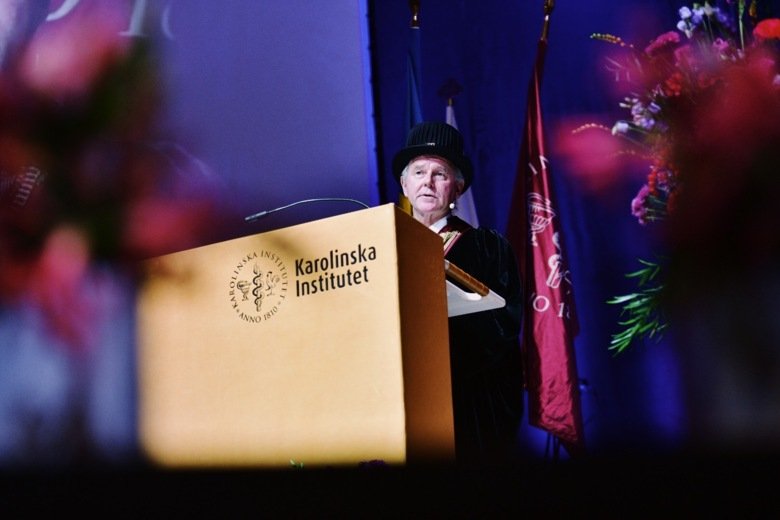 President Ole Petter Ottersen during one of his speeches to the new professors. Photo: Erik Cronberg.

In his speeches, President Ole Petter Ottersen urged the professors to collaborate across borders and institutions, and with society at large, to help realize KI’s vision of advancing knowledge about life and striving toward a better health for all.

“Dear new professors, you are now in a position to push the frontiers of science, and at the same time, you are in a position where you can impact a whole generation through your teachings,” Ole Petter Ottersen said.

The new professors consist of five women and eight men, of whom seven are from Sweden and the rest from Finland, Spain, U.K., Germany and Austria. In film clips, they described their research areas and personal interests. Several study cells and molecules to better understand the underlying causes of cancer, metabolic diseases and ageing. One uses AI to diagnose diseases while another work with PhD students in Tanzania to reduce traffic injuries. In common, they share a desire to help people by preventing diseases, improving treatment methods and integrating the research in clinical operations.

“We are representing so many disciplines within medical science, but we are united in the aim of improving people’s health,” said Ellenor Mittendorfer Rutz, professor in insurance medicine, who held this year’s professor’s speech.

She cited the roman poet Horatius’ words “dare to think for yourself” in a call to her colleagues to ask tough research questions that challenge contemporary believes and act in ways that maintain the credibility of research in an era of alternative facts. 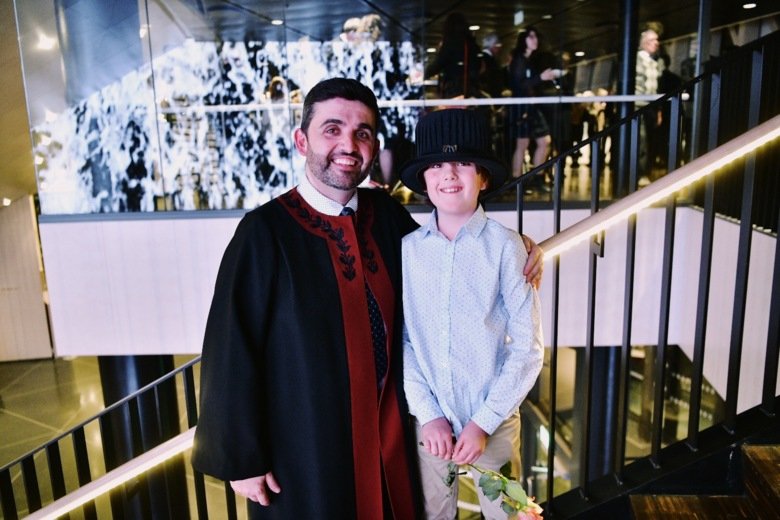 Juan Jesus Carrero, professor in epidemiology at the Department of Medical Epidemiology and Biostatistics, celebrated with family and friends. Photo: Erik Cronberg.

In a more light-hearted moment, the new professors divulged details on what they do outside the labs and lecture halls. For example, we learned that Björn Högberg, a master of DNA origami, relaxes by recreating historical battles in the board game Fontenoy; that Susanne Gabrielsson, who studies exosomes, likes to listen to David Bowie and that Ulrica Nilsson, who has developed a mobile app for surgery patients, gets a party going by bringing out her sabrage sword.

The new professors were serenaded by X Factor and Melodifestivalen singer Kristin Amparo and entertained by an upbeat song and dance performance of “This is me” by members of BASE23. After marching out following students carrying silver spears and ceremonial flags, they mingled while dining on a buffet of grilled salmon, tabbouleh and vanilla pannacotta with Swedish apples compote.

During the ceremony, eight adjunct professors, who teaches on a limited-term contract, and four visiting professors, who come from other universities but will teach at KI for some time, were also welcomed. Several prizes and medals were also handed out on stage.

Read more about the new professors and their research here. 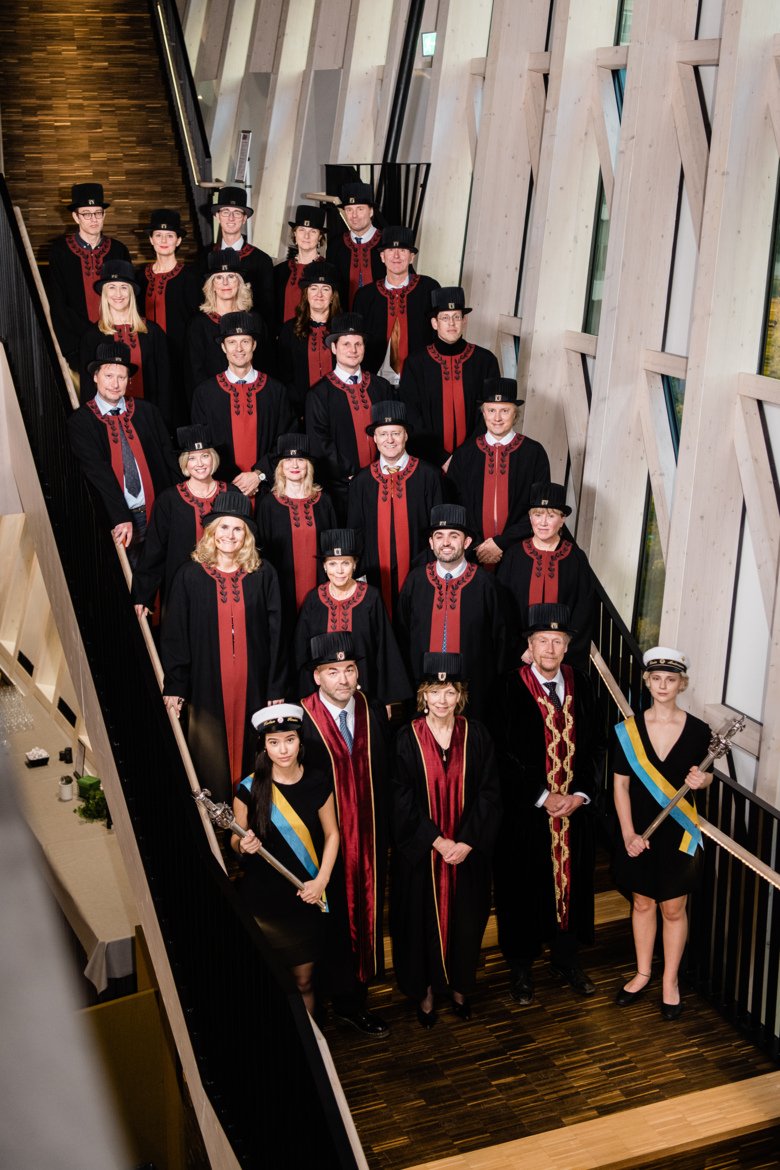