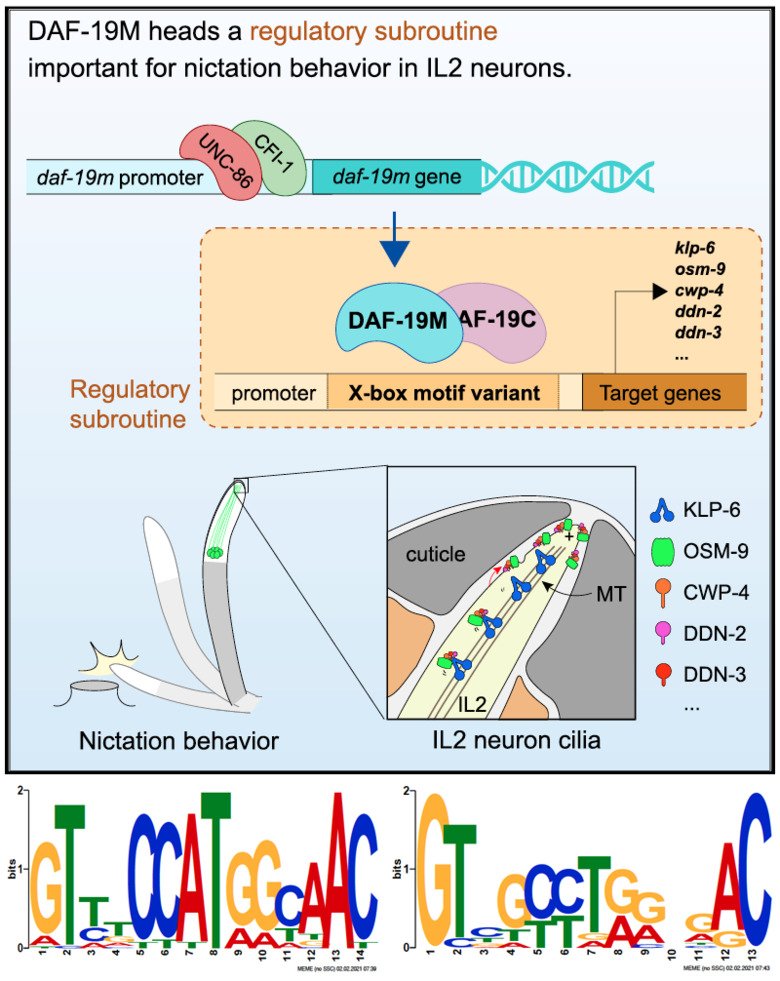 Defective cilia can cause complex human disorders, ciliopathies, reflecting the diversity of ciliated cells and their functions. Understanding how ciliary identities and functional specializations are made and then maintained is the first step toward eventually finding therapies.

The worm C. elegans is a fantastic model for studying cilia biology: the only ciliated cells in the worm are a set of ciliated neurons. In addition to their common property, being ciliated, these C. elegans neurons also have distinct functions from each other. In a recent study, published in "Cell Reports", the researchers focused on the six IL2 neurons, the only ciliated neurons involved in one specific behavior, nictation, which includes interactions with other types of animals. As such, the C. elegans IL2 neurons afford to decipher the underpinnings of development and differentiation, sensory modality and behavioral output of a ciliated cell (neuron) type “all in one package”. 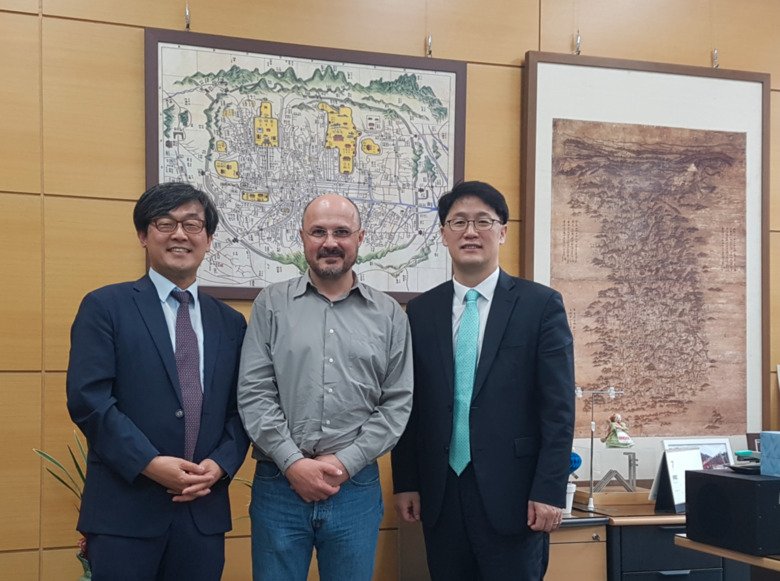 The study, led by Associate Professor Peter Swoboda at the Department of Biosciences and Nutrition, Karolinska Institutet, and Professor Junho Lee, from Seoul National University in South Korea, discovered a typical example of evolutionary economy for creating novelty; fulfilled by using the same regulator (transcription factor) protein with slight modifications to generate a functional shift from general cilia biology to ciliary specialization. Mechanistically this shift is accomplished by transcription factor isoforms interacting differently with normal versus variant binding sites (“words”) in the promoters of their target genes. This is akin to the shifts in the meanings of words in human languages, e.g. in English: ready versus already.

The DAF-19M regulatory subroutine controls the specializations required for nictation

"In our work we isolated mutant worms with defective expression of an IL2-specific ciliary gene called klp-6", says Peter Swoboda. "We isolated two mutations and both locate to only a single gene: daf-19. This was utterly surprising! Because daf-19 encodes THE ciliogenic master regulator protein for ALL ciliated neurons.".

Ciliogenic daf-19 is conserved in humans where it is called RFX. The researchers solved the puzzle by uncovering that specifically the daf-19m isoform was responsible for the klp-6 mutant phenotypes. They subsequently found that DAF-19M protein heads a regulatory module (or subroutine) comprising a number of its IL2 neuron ciliary target genes. As expected, daf-19m and its target genes are defective in the nictation behavior, while daf-19m itself is regulated by upstream terminal selector proteins; the transcription factors UNC-86 and CFI-1. At hand is the complete trajectory from cellular development and differentiation (terminal selection) to behavioral output (nictation): how the DAF-19M-directed regulatory module acts to specify the functionality of ciliated IL2 neurons.

Interestingly, this DAF-19M module also acts in ciliated neurons involved in male mating behavior, supporting the concept that tasks crucial for the survival of a species like recognition of “the other” (nictation: other animals; mating: the mating partner) are genetically hard-wired and evolutionarily conserved.