EU and Russia collaborate in new project on infectious diseases 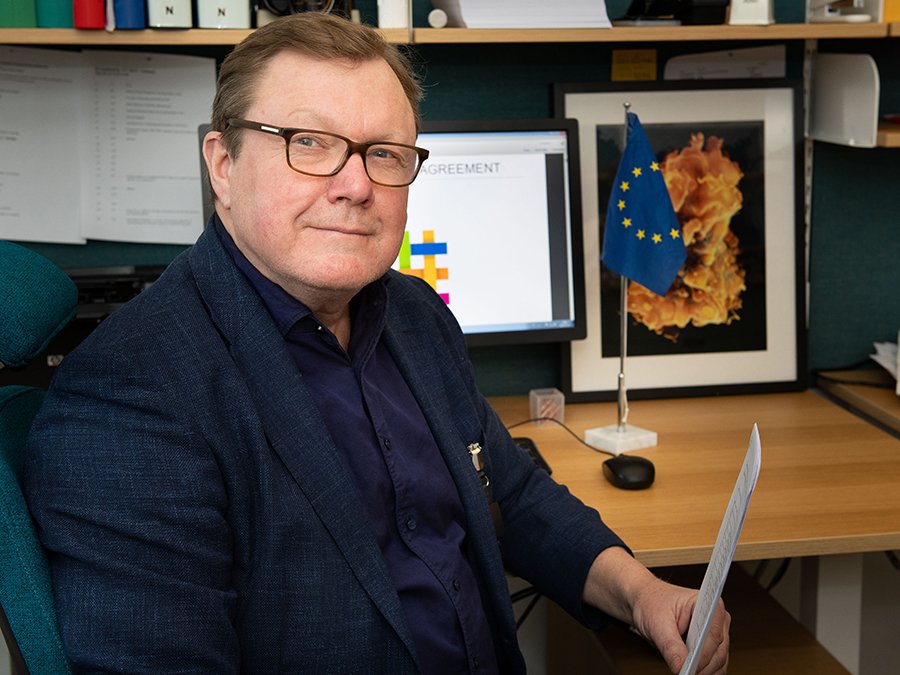 A new EU project on the theme of HIV, hepatitis C and tuberculosis is a door opener for collaboration between researchers from EU countries and Russia. One of the project’s initiators is Anders Sönnerborg, Professor of Clinical Virology and Infectious Diseases at KI’s Departments of Laboratory Medicine, and Medicine Huddinge. The project Common Actions Against HIV/TBC/HCV Across the Regions of Europe (CARE) will mainly focus on the spread of the infections and resistance to treatment.

Tell us more about the research you’ll be doing.
“It’s generally about understanding and preventing the spread of HIV, hepatitis C and tuberculosis in Europe and Russia, with emphasis on counteracting development of multi-resistance to TB and HIV. There’s a high rate of treatment-resistant tuberculosis in Russia and we are afraid that a similar scenario may arise also for HIV. We’ll compare data from different patient groups in EU and Russia to learn from each other as well as developing methods for the identification of mechanisms of drug resistance. The long-term goal is to describe approaches for optimal treatment in all three areas and also to establish a research infrastructure which allows a continuation of research collaboration between EU and Russia after the project end.”

What are your and KI’s roles in the project?
“We’re in charge of the HIV part and will be studying how the virus spreads and what the different viral strains look like. There’s also the issue of resistance when it comes to HIV, too. The virus is constantly mutating and we want to compare the different strains circulating in Europe and Russia. The WHO now recommends a triple therapy in which a new drug, integrase inhibitors, is added. We want to see how any resistance can emerge to this drug and the consequences thereof.”

You were one of the project’s initiators. What difference might this make further down the line?
“Our project scored maximum points at the reviews of both EU and the Russian Ministry of Science and Education which is promising for the long-term sustainability. The idea is to set up a common infrastructure and contacts and networks for future research. The aim is to establish a research partnership between the EU and Russia for the field that can continue after this initial project phase. The project we’re now running is scheduled to last two years, forming a platform for continuing knowledge-exchange and data comparison and I am convinced that KI will play a role.”

Can you say more about the background and how the new collaboration is structured?
“Presently Russia can only exceptionally be a partner in EU-sponsored projects. This new innovative call is structured along two parallel processes. The EU and the Russian ministry of science and education are in charge of and finance their respective parts. These parts are combined into one project, so we’re mutually dependent on each other in our research. The project also involves researchers from Georgia, Moldavia and Ukraine, as well as from EU countries.

Why study these issues now?
“We need to know about how these three infections spread and to avoid resistance problems in the future. Not only do they spread quickly, but more people are travelling more often between countries.”

Many new EU projects at KI this spring

KI is involved in many EU projects starting this spring. In 19 new collaborations, which span a wide range of fields, KI is either the coordinator or a partner.

“There are, for instance, infrastructure projects and technology-development projects, as well as projects aimed at developing new methods for studying toxicity; examining the effects of exercise on cancer treatment; analysing cyber risks in hospitals; or investigating the relationship between the microbiome and cancer,” says Carolina Kristell, coordinator for some of the EU grants at KI’s Grants Office.

The number of new projects changes over the years.

“It naturally varies depending on how well the EU Commission’s calls fit with the research being done at KI that particular year,” she says. “But it’s still nice to see that KI has more new projects on the go than in the past few years.”

Most EU projects last 4 or 5 years. These 19 new projects represent a total of approximately 9,500,000 Euro in grants for KI.

“But the form of collaboration and the sums for the individual projects vary, since each call is specific,” she says.

Dr Kristell identifies a clear trend in the EU’s framework programmes for research. In the past few years, the Commission has emphasised that researchers applying for grants must describe their work from a societal perspective and show how it helps to bring about improvements.

KI’s grants come from many different EU funding programmes. The collaborative project CARE, for example, is funded by a grant from Health, demographic change and wellbeing, a funding scheme within the EU’s Societal Challenges programme. In total there are currently close to 200 ongoing EU projects at KI. Besides collaborative projects, KI also takes part in individual projects like Marie Sklodowska Curie (MSCA) individual fellowships and grants from the European Research Council (ERC). The figures for this year’s new programmes do not include the MSCA or the ERC programmes.