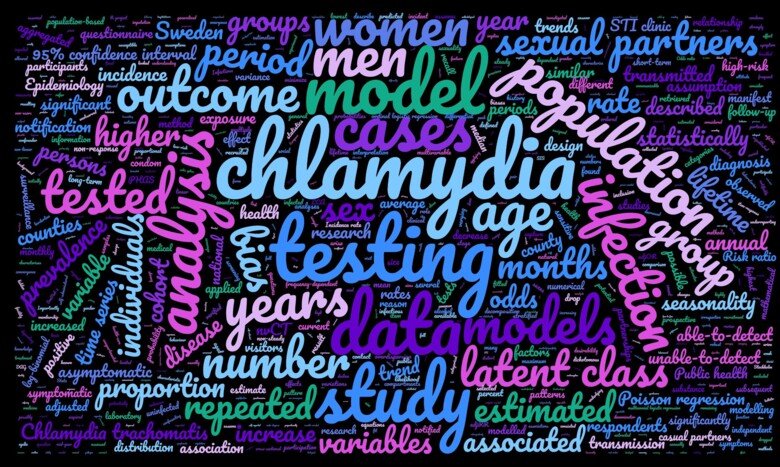 Chlamydia trachomatis infection is the most common bacterial sexually transmitted infection (STI), with about 127 million new cases estimated annually worldwide. Since it is an asymptomatic infection, individuals may carry it for a long time and unknowingly transmit the infection to others.

Untreated chlamydia may lead to serious sequelae of the reproductive tract which is why early detection of infected individuals via testing, treatment, and partner notification is vital and may prevent further transmission of infection.

In her thesis, Inga Veličko aimed to extend our understanding of chlamydia epidemiology at an individual and population-based level. The thesis is based on the data from a cohort study in the urban STI clinic, as well as chlamydia cases and tests reported to the national infectious diseases register SmiNet-2 at the Public Health Agency of Sweden.

The risk factors independently associated with chlamydia diagnosis identified in Inga’s work (being 20-24 years old, having 6 or more sexual partners during the previous 12 months, using alcohol before sex, reporting all type of sexual activities during the last sexual contact, and testing due to partner notification) are in line with previous studies. Her results also suggest that individuals in the high-risk sexual behaviour latent classes are more likely to test repeatedly for chlamydia, suggesting absorption of public health messages. Inga also found that testing volumes were driving chlamydia notification rates during time of 1992-2004, but not later during 2009 to 2018. This suggested that notification rates during the latter period were less biased and may suggest a true decrease in chlamydia incidence.

We found that individuals of high-risk sexual behaviour who repeatedly were tested for chlamydia, possibly complied with prevention messages on testing, but continued to practice unsafe sex. The estimated chlamydia prevalence could be a reason for the decline in chlamydia incidence rates during 2009–2018.

After the thesis defence, Inga plans to continue to work with the surveillance of sexually transmitted infections at the Public Health Agency of Sweden.