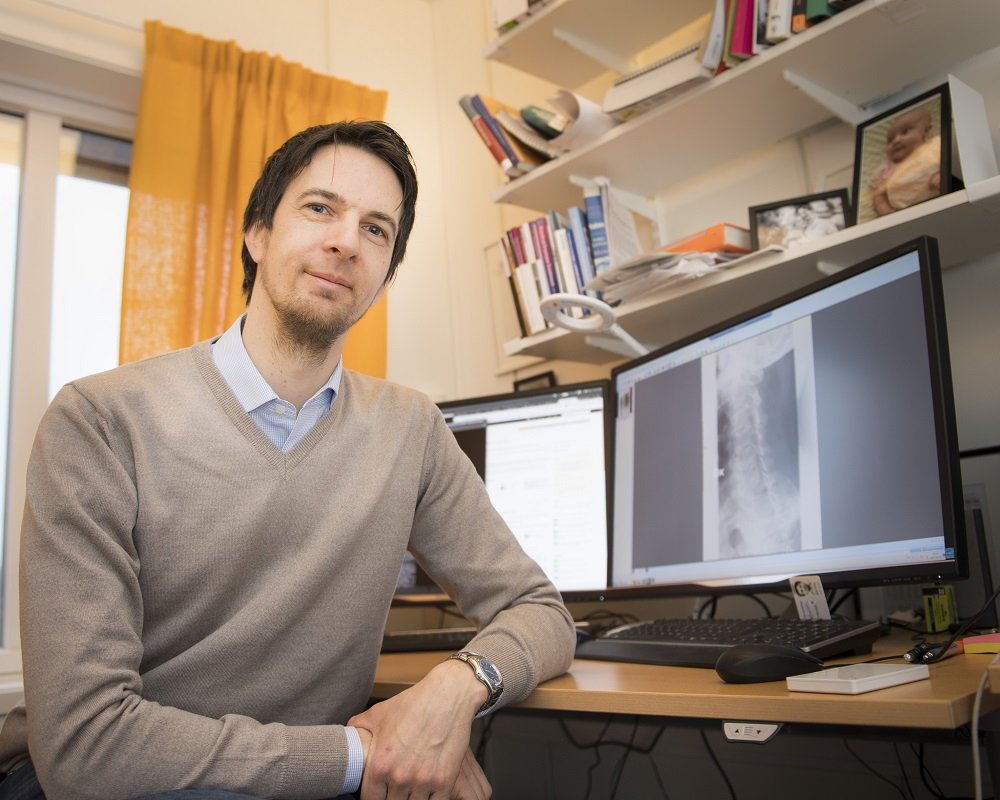 Many jobs, medical and otherwise, might one day be performed using artificial intelligence. According to a new study in Acta Orthopaedica by researchers at Karolinska Institutet in collaboration with the Royal Institute of Technology and Danderyd Hospital in Sweden, self-learning programmes can already find fractures with the same accuracy as orthopaedists.

Assessing radiographs requires a great deal of expertise and time, with the results very much depending on the doctor. However, artificial intelligence (AI) can simplify and standardise the work considerably, according to Max Gordon, assistant consultant in orthopaedics at Danderyd Hospital and researcher at Karolinska Institutet in Sweden, who has now published a study on how radiographs can be read using computers trained in fracture recognition.

“Our study shows that AI networks can make assessments on a par with human specialists, and we hope that we’ll be able to achieve even better results with high-res X-ray images,” says Dr Gordon.

AI-facilitated image analysis had its major breakthrough in 2012, when the algorithm that astounded the computer world was compared to a human three-times worse at recognising objects in pictures from the internet. In only three years, it was at human level and by 2016 it was twice as good. This made Dr Gordon think about how the technique could be used in the fields of orthopaedics and radiograph analysis.

In the present study, the researchers had existing AI image-recognition algorithms go through a total of 256,000 radiographs of hands, wrists and ankles from the Danderyd Hospital archives. The computer was trained how to identify fractures in two thirds of the radiographs under the guidance of the researchers and then was left to independently analyse the remaining images, which were thus completely new to the AI programme. Two consultants simultaneously analysed the same radiographs.

The team found that the computer and the doctors made equally accurate analyses given the same image resolution, both finding the presence of a fracture in over 80 per cent of the cases.

The AI programme, which is inspired by the learning processes of the human brain, has the potential to be even better at its job if it has access to greater amounts of data. The researchers have therefore begun a follow-up study based on Danderyd Hospital’s entire orthopaedic archive of over a million high-resolution radiographs.

“AI can lead to a more uniform classification and a common standard in radiograph analysis,” says Dr Gordon. “If we can go back to our digital archives, we’ll also be able to do extensive research on survival, the development of disease and work capacity – studies that have been impossible to do owing to the amount of data to process.”