Academic freedom under threat: Here’s why you should care

In May, KI held a seminar on academic freedom and international collaborations. The event explored the question of how research is impacted by a world that is characterized by war, conflict and democratic decline. It is not enough to develop new guidelines; actions need to be based on personal responsibility, says KI President Ole Petter Ottersen.

KI President Ole Petter Ottersen does not mince words when describing the benefits of academic freedom.

“Academic freedom is a prerequisite for the development of society. History has taught us that new knowledge and new discoveries come about when researchers are able to follow their own ideas, thoughts and goals. Academic freedom also means that researchers should be free to speak truth to power within the framework of their areas of expertise, ” says Ottersen.

The seminar, which was held on 12 May, covered three main topics: academic freedom and institutional autonomy, internationalization, and democratic decline. In order to address these issues in everyday life, more competence is required, says Ottersen.

“Here, we need to be more proactive in our collaborations. It is not enough to develop new guidelines; it all boils down to the competence and moral compass of the individual researcher” says Ottersen. 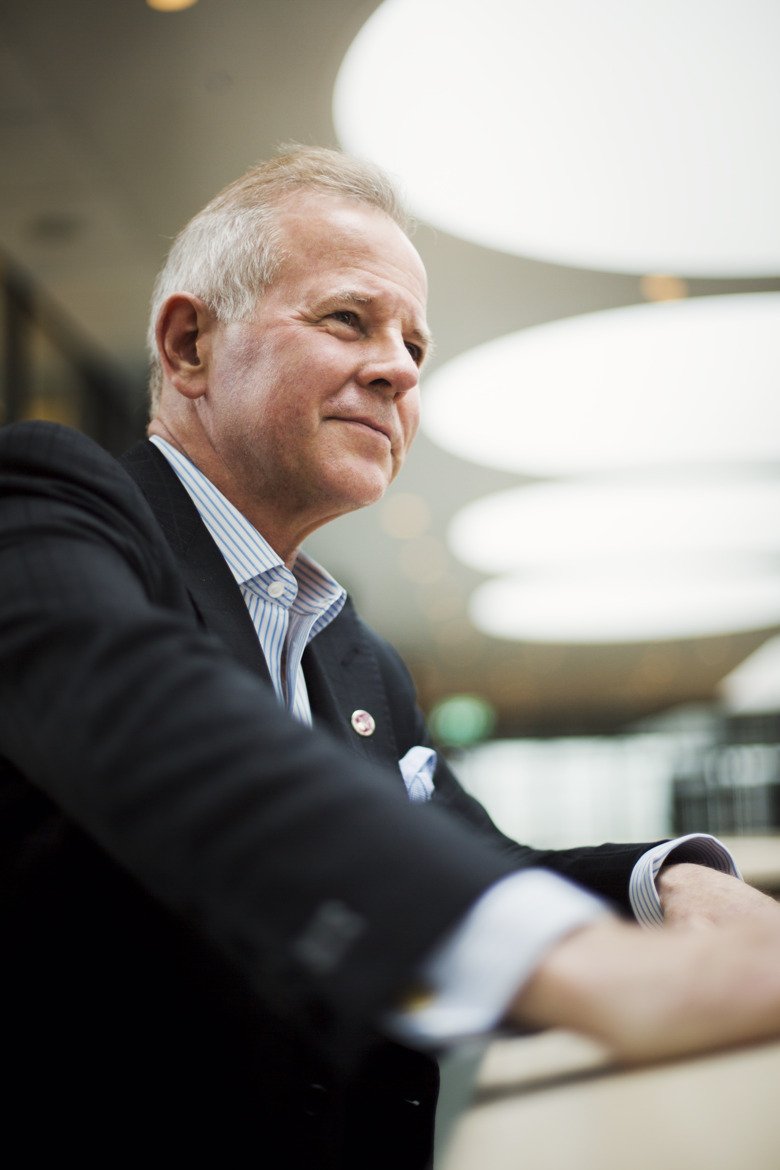 Caption:
Academic freedom is not a privilege for the select few; it is a necessity for us all, says KI President Ole Petter Ottersen. Photo: Martin Stenmark.

“To be able to navigate in a turbulent world, we need to build competence, not only in the university senior management but also among individual researchers. We all need the tools necessary to avoid collaborations turning into situations where academic values are put under pressure.”

The concept of academic freedom includes the opportunity for all researchers to freely pursue their ideas with the methodology of their choice, and to publish where they wish.

“Academic freedom is often misinterpreted as a privilege for the select few. But the truth is just the opposite: it is a necessity for us all.  No matter where you live, you want to see that the society moves in the right direction. This requires academic freedom and international collaborations.”

The Democracy Index – a gloomy year for democracy

Academic freedom is under threat in several places around the world, including in our geographical proximity in countries such as Poland and Turkey. The Economist regularly publishes a democracy index, which shows the status of democracy in 167 countries around the world. It has painted a dismal picture in recent years. In the most recent index, only about 6 percent of the world's population is considered to live in countries that the magazine defines as full democracies.

The importance of open, cross-border collaborations has become even more clear during the pandemic.

“The success we had in fighting the pandemic built on individual researchers being free to collaborate regardless of where they were located. Without that opportunity, the result would  have been different,” says Ottersen.

Academic collaborations are needed to  address global challenges , such as climate change. There is an international consensus on this point, says Ottersen.

“Academic values are the same no matter where you are in the world. They are universal and enable academia to play an important role as a stabilizing force in a polarized world.”

Focus on the war in Ukraine

The focus right now is on the war in Ukraine. In March, the government issued an appeal to Swedish universities and research funding bodies to suspend collaborations with government institutions in Russia and Belarus.

“Of course, we must pause or suspend formal agreements at the institutional level. We would have done this on our own volition, within the framework of our institutional autonomy, and that would have been a better solution than having to act based on political decisions. We are on a downward trajectory when academia is used as a tool to exercise political power,” says Ottersen.

“We must try to maintain individual collaborative relationships, even in times of crisis. We can help reduce polarization if we continue our academic collaborations, even in situations where there is conflict.”

Of course, this does not apply to collaborations that are problematic from a security perspective, he emphasizes. However, there is a real danger in equating academic sanctions with economic sanctions.

“Many of our colleagues in authoritarian countries are critics of the regime. We should ensure that we maintain existing individual research collaborations with them.”

In countries with authoritarian regimes, international contacts are oxygen for researchers who want to work to promote democracy and freedom.

Sweden is one of the countries at the top of The Economist’s democracy index, but that does not mean that we are leading the world when it comes to academic freedom.

During the pandemic, the pressure on academic freedom became more evident as several researchers faced threats and harassment after communicating or publishingtheir research. In some cases, they even abandoned their covid-related research altogether. The structure of external funding – typically directed to specific themes and societal challenges – might also infringe on academic freedom.

Thus, in the hunt for funding, many are forced to abandon questions they would like to explore in order to cover issues that are more likely to receive external funding. Stable basic funding is a prerequisite for academic freedom.

“We need to remain aware that access to funding dictates what research gets done. There are several important areas that fall by the wayside because they are assigned a lower status. One example is research on prevention and public health, which should receive much more funding than it does today,” says Ottersen.

The war in Ukraine has clearly sharpened the focus on the important role universities play as defenders of academic values.  A seminar dedicated to this issue was held on 12 May. In the upcoming seminar we will explore how universities can maintain and develop international partnerships in a time of conflict and war.