A new method for finding matches among the various components of ontologies in healthcare, in order to facilitate semantic interoperability

Researchers from Karolinska Institutet and the University of Pireus have presented a new method for finding matches among the various components of ontologies in healthcare in order to facilitate semantic interoperability. The study is published in the International Journal of Medical Informatics. 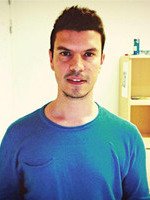 "Nevertheless, the developed mechanism performed well since its matching results had an exact match with the manual ontology matching results, which are considered as a reference value of high quality and accuracy. Moreover, in order to furtherly investigate the quality of the developed mechanism, it was also evaluated through its comparison with the Alignment API, as well as the non-dominated sorting genetic algorithm (NSGA-III), which provide ontology alignment."

How did you perform your study?

The method also includes the use of a two-stepped ontology matching based on the structure, the syntactic interpretation and the semantic meaning of ontologies.

What are your conclusions?

"The developed mechanism creates new opportunities in conquering the field of healthcare interoperability. Additional work should be performed in evaluating the developed mechanism and updating it with respect to the results that will derive from its comparison with similar ontology matching mechanisms and data of multiple nature", Sokratis explains.

Aggregating the syntactic and semantic similarity of healthcare data towards their transformation to HL7 FHIR through ontology matching.
Kiourtis A, Nifakos S, Mavrogiorgou A, Kyriazis D
International Journal of Medical Informatics, 5 October 2019;132():104002