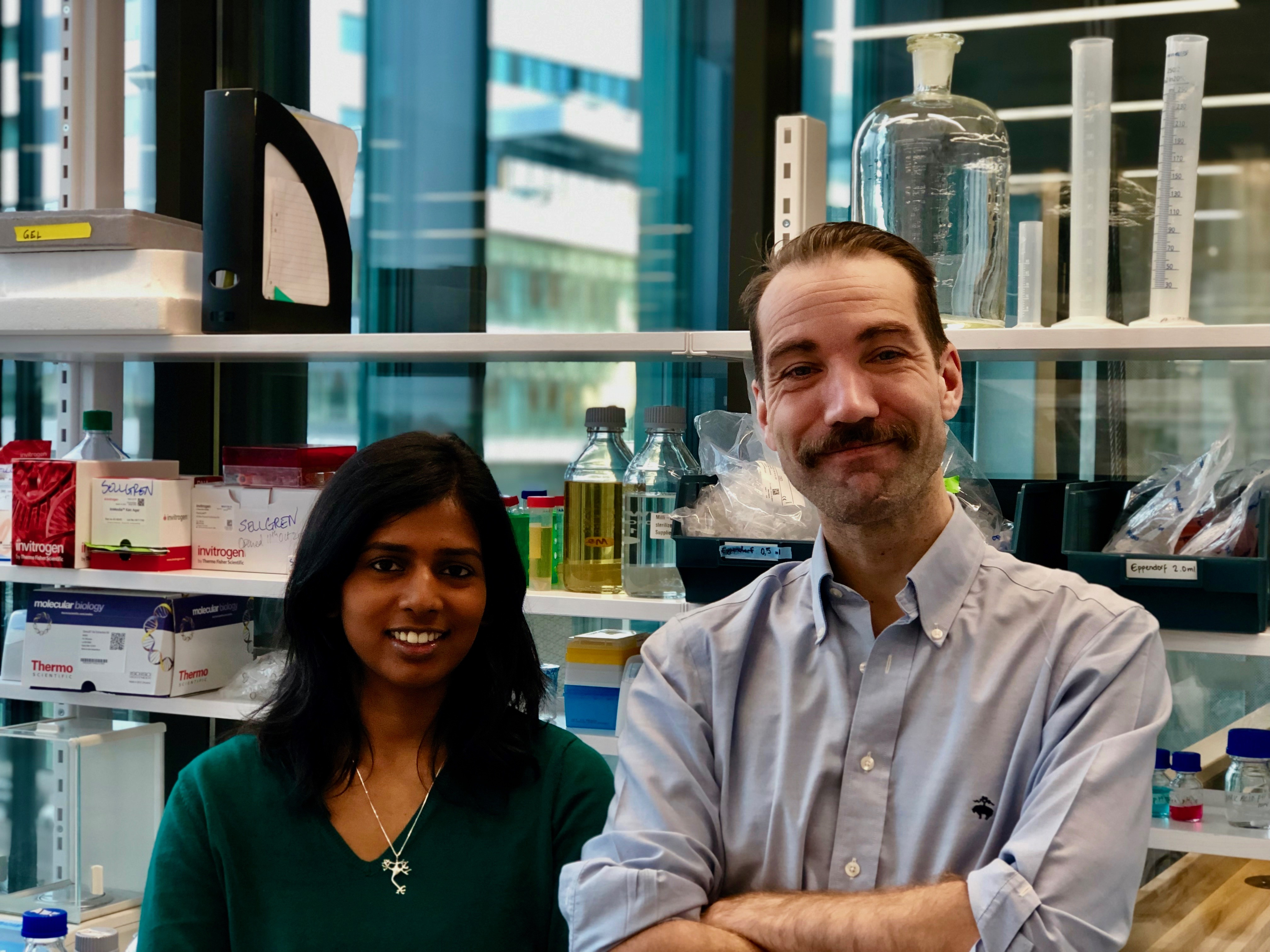 For reasons that are unclear, schizophrenia patients have fewer connections between the neurons in the brain. Researchers at Karolinska Institutet, Sweden, and Massachusetts General Hospital, USA, have now succeeded in creating human cell models that show that there is an excessive degradation of connections in the brain of these patients, and they have been able to link this to a genetic risk variant for the disease. They have also been able to show that the antibiotic minocycline inhibits the degradation and that treatment in adolescence can be linked to a reduced risk of developing schizophrenia. The study is being published in the journal Nature Neuroscience.

In the late teenage years, a normal extensive pruning of the number of connections between nerve cells, so-called synapses, takes place through microglia (the brain’s immune cells) selectively degrading less desirable connections. The process, referred to as synaptic pruning, is of great importance for the development of functional neural networks. Many individuals succumb to schizophrenia in their late teens, a period of intensive pruning in the brain.

The researchers behind the study have created iPS cells (induced pluripotent stem cells) from schizophrenia patients and have reprogrammed them into neurons (brain cells). Using a proprietary method, they have then created a model of the microglia synaptic pruning in a test tube. Comparisons with matched control subjects indicated a clear increase in the pruning of synapses in schizophrenia patients.

“We also conducted experiments where we combined nerve cells from healthy individuals and diseased microglia, and vice versa, and could conclude that the excessive pruning in the disease models was due to both a disrupted function of microglia and aberrations in the synapses,” says Jessica Gracias, doctoral student at the Department of Physiology and Pharmacology, Karolinska Institutet, and co-author of the study.

The researchers also studied how different gene variants of the C4 gene (complement factor 4) affect the pruning. One variant of the complement factor proved to bind more strongly to synapses and result in the increased degradation of synapses. This is consistent with previous genetic findings indicating that this specific C4 risk variant increases the risk of schizophrenia.

“The use of human cells from patients made it possible to study the risk variants directly because mice lack these specified variants of the C4 gene,” says Carl Sellgren Majkowitz, research group leader at the Department of Physiology and Pharmacology, Karolinska Institutet, and senior consultant at Region Stockholm, who led the research project together with Roy Perlis at Massachusetts General Hospital.

Finally, microglia in the cell models were also “treated” with an antibiotic, minocycline, which proved to inhibit the synaptic pruning. By then using electronic data records from more than 20,000 individuals who had received either minocycline or another antibiotic during adolescence, for treatment of acne, they were able to demonstrate a clear protective effect from minocycline treatment in relation to schizophrenia onset.

The researchers hope that the findings will lead to more effective treatments for schizophrenia, which can then also be initiated early on in the event of an elevated genetic risk, for example.

The research was conducted at Massachusetts General Hospital and Karolinska Institutet. The National Institute of Mental Health, the Marianne and Marcus Wallenberg Foundation and the Swedish Research Council contributed to fund the research.