They are awarded KAW project grants in 2022 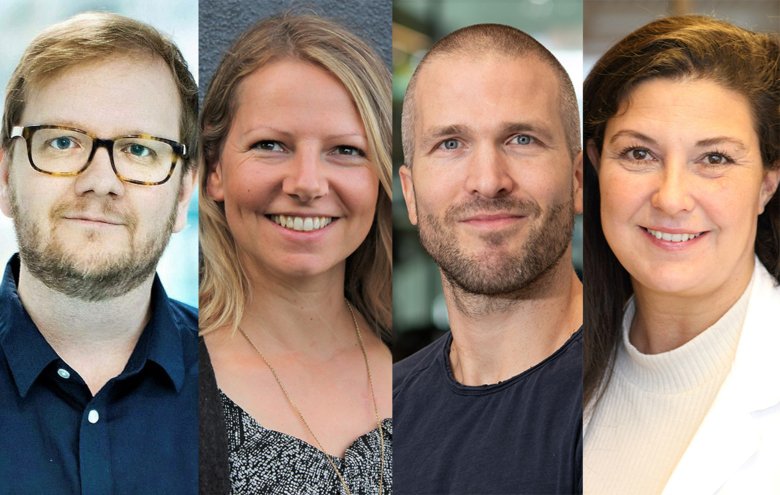 Four research projects coordinated from Karolinska Institutet have been awarded project grants by Knut and Alice Wallenberg Foundation (KAW) in 2022. This means that, over SEK 135 million are allocated to KI research in the fields of immunology, neuroscience, and stem cell biology.

In all, the Knut and Alice Wallenberg Foundation is distributing SEK 700 million to 23 basic research projects at Swedish universities over a period of five years.

“The evaluations are based entirely on international competitiveness and are conducted by a handful of prominent researchers in each project's research area. It is nice to see that there are so many projects in Sweden that maintain that quality and that more and more women are stepping forward as research leaders,” says Siv Andersson, responsible for basic research issues at the Foundation, in a press release.

The four research projects led from KI in brief:

Grant: SEK 39.1 million over a period of five years.

Co-applicants: Olle Kämpe and Björn Reinius, both at KI, and Nils Landegren, Uppsala University and KI.

Summary: Autoimmune diseases affect approximately 5% of the population and women are greatly overrepresented. The now funded project aims to map the general differences in the immune system between men and women at the molecular level and to reveal the specific mechanisms that lead to the development of autoimmune disease. In particular, the researchers will study the genetic variations that can be linked to the development of SLE and Sjögren's syndrome to understand why these variations more often lead to disease in women, although they are found in men at equal frequencies.

Studies on immune cells throughout the body

Summary: The IHOPE project involves, among other things, the building of a biobank for immune cells, such as B and T cells, in different types of organs and body tissues, as well as producing a reference map of how these immune cells are distributed throughout the body. Until recently, a significant part of the research into how the body's defence against viruses and bacteria works has been based on immune cells in blood. However, the immune cells of the blood differ in several ways from immune cells found in other parts of the body. The long-term aim is to make the new biobank a unique recourse for testing vaccines and drugs.

Body perception at the detailed level

Summary: Proprioception – sometimes also called the sixth sense – is our ability to perceive the position and movement of our own body parts. It is important so that we can, for example, coordinate our movements, keep our balance and for motor learning. In the now funded project, the researchers will investigate this so-called sensorimotor control of our movements at the detailed level in the brain, spinal cord, and the body's network of nerve cells. The long-term purpose of the research is to contribute to better treatments for people with various types of neurological disorders that affect movement coordination and perception.

Project: Metabolic control at the stem cell’s point of no return

Summary: Stem cells can mature into different types of specialized cells that undertake the functions of a tissue or organ – but also produce more stem cells like themselves. In this project, researchers will map what happens in stem cells and in their neighbours at the decisive stage of this maturing process where a stem cell irreversibly adopts its fate as a differentiating cell, for example, a mature skin cell. The researchers will also probe for example how aging impacts these mechanisms and aim to metabolically control the fine balance between maturing into specialized cells and the production of more stem cells.

Support for KI researchers to apply for funding