The Nobel Prize in Physiology or Medicine 2016 to Yoshinori Ohsumi 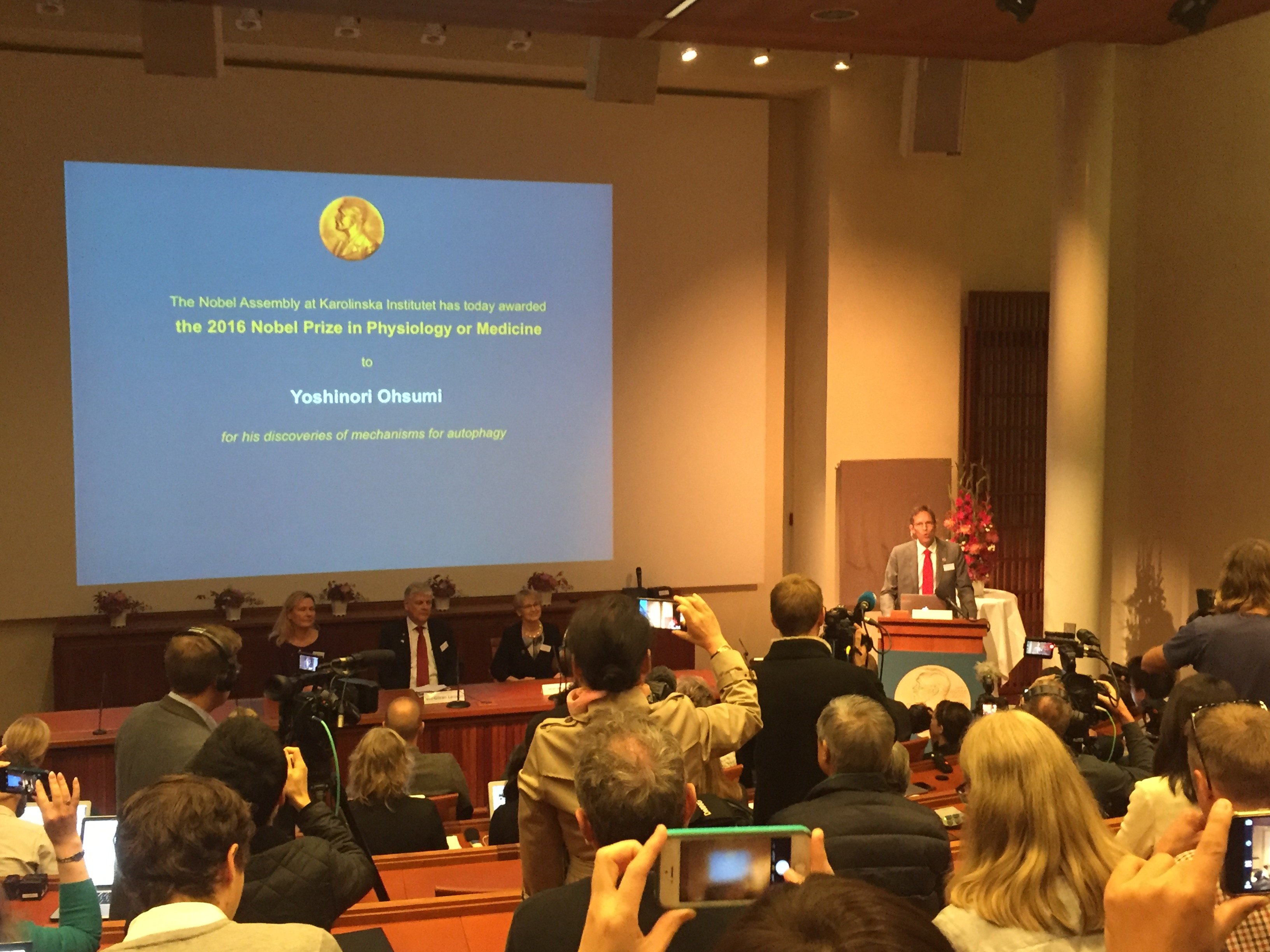 The Nobel Assembly at Karolinska Institutet has today decided to award the 2016 Nobel Prize in Physiology or Medicine to Yoshinori Ohsumi for his discoveries of mechanisms for autophagy.

The word autophagy originates from the Greek words auto-, meaning ”self”, and phagein, meaning ”to eat”. Thus, autophagy denotes ”self eating”. This concept emerged during the 1960's, when researchers first observed that the cell could destroy its own contents by enclosing it in membranes, forming sack-like vesicles that were transported to a recycling compartment, called the lysosome, for degradation. Difficulties in studying the phenomenon meant that little was known until, in a series of brilliant experiments in the early 1990's, Yoshinori Ohsumi used baker's yeast to identify genes essential for autophagy. He then went on to elucidate the underlying mechanisms for autophagy in yeast and showed that similar sophisticated machinery is used in our cells.

Ohsumi's discoveries led to a new paradigm in our understanding of how the cell recycles its content. His discoveries opened the path to understanding the fundamental importance of autophagy in many physiological processes, such as in the adaptation to starvation or response to infection. Mutations in autophagy genes can cause disease, and the autophagic process is involved in several conditions including cancer and neurological disease.

Yoshinori Ohsumi was born 1945 in Fukuoka, Japan. He received a Ph.D. from University of Tokyo in 1974. After spending three years at Rockefeller University, New York, USA, he returned to the University of Tokyo where he established his research group in 1988. He is since 2009 a professor at the Tokyo Institute of Technology.