The Nobel Prize in Physiology or Medicine 2015 to William C. Campbell, Satoshi Ōmura and Youyou Tu 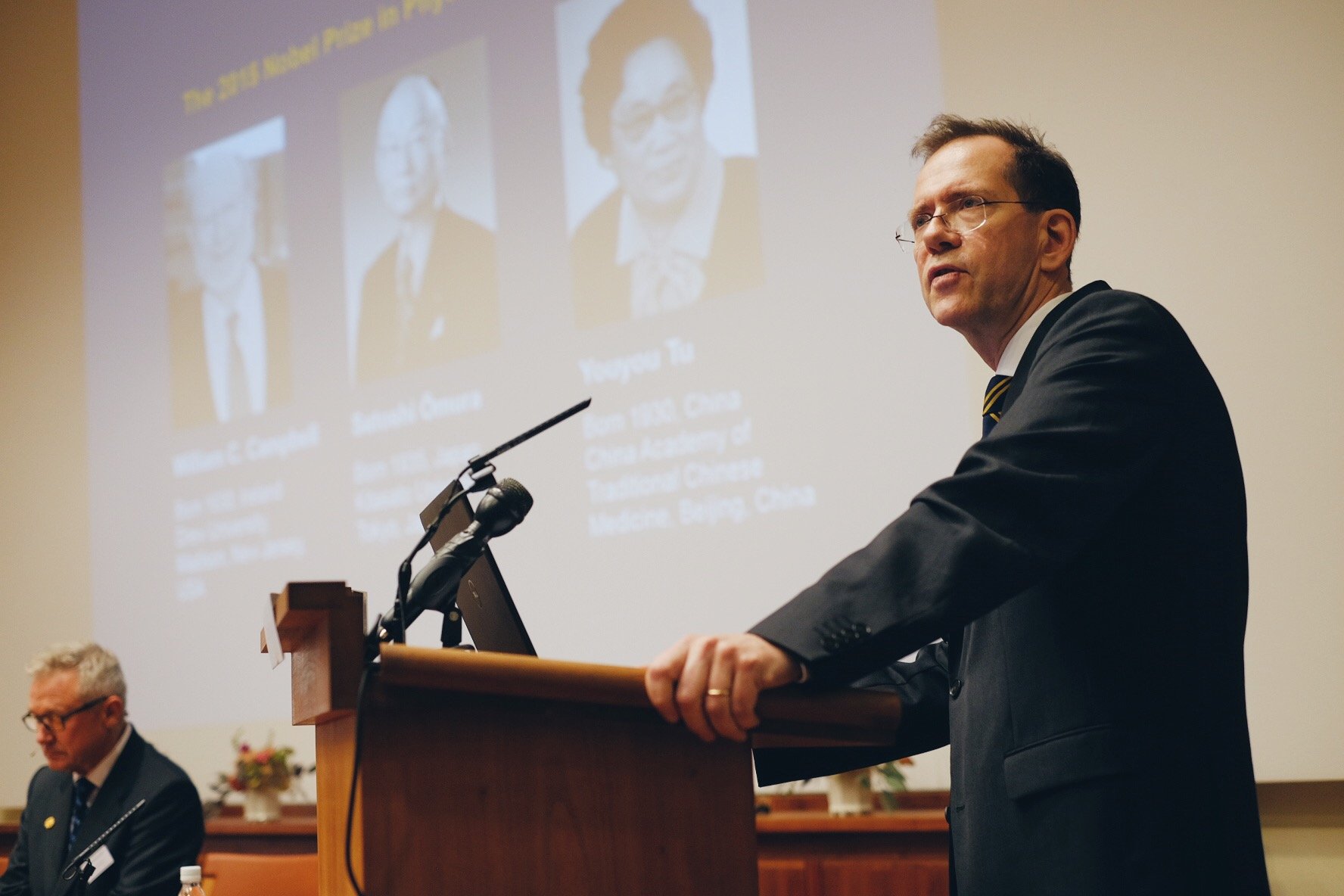 Diseases caused by parasites have plagued humankind for millennia and constitute a major global health problem. In particular, parasitic diseases affect the world’s poorest populations and represent a huge barrier to improving human health and wellbeing.

This year’s Nobel Laureates have developed therapies that have revolutionized the treatment of some of the most devastating parasitic diseases. William C. Campbell and Satoshi Ōmura discovered a new drug, Avermectin, the derivatives of which have radically lowered the incidence of River Blindness and Lymphatic Filariasis, as well as showing efficacy against an expanding number of other parasitic diseases. Youyou Tu discovered Artemisinin, a drug that has significantly reduced the mortality rates for patients suffering from Malaria.

These two discoveries have provided humankind with powerful new means to combat these debilitating diseases that affect hundreds of millions of people annually. The consequences in terms of improved human health and reduced suffering are immeasurable.

Read more in a pressrelease from Nobelprize.org
Read more on: Nobelprizemedicine.org

William C. Campbell was born in 1930 in Ramelton, Ireland. After receiving a BA from Trinity College, University of Dublin, Ireland in 1952, he received a PhD from University of Wisconsin, Madison, WI, USA in 1957. From 1957–1990 he was with the Merck Institute for Therapeutic Research, from 1984–1990 as Senior Scientist and Director for Assay Research and Development. Campbell is currently a Research Fellow Emeritus at Drew University, Madison, New Jersey, USA.