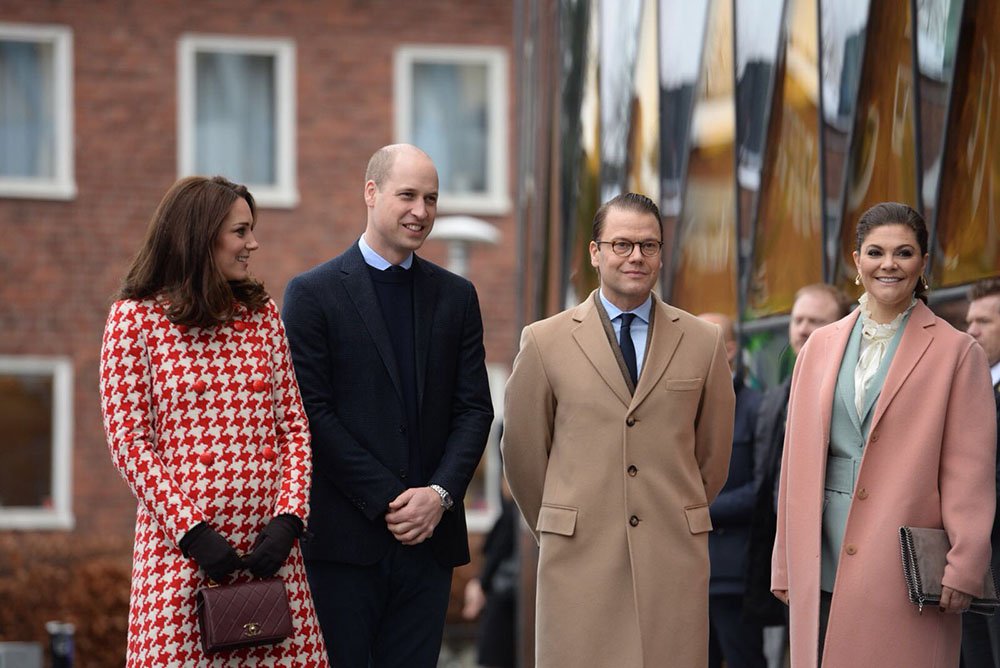 During their visit to Sweden and Stockholm in the company of Crown Princess Victoria and Prince Daniel, the Duke and Duchess of Cambridge specifically requested to learn more about the Youth Aware of Mental Health (YAM) Programme and the work being carried out at the National Centre for Suicide Research and Prevention of Mental Ill-Health at Karolinska Institutet.

The royal couple were also keen to learn more about research being carried out at Karolinska Institutet into physical activity and its prophylactic effects. The Duke and Duchess, Prince William and Kate Middleton, have a history of involvement in issues related to mental illness among children and young people in general, and suicide prevention in particular.

During their visit to Karolinska Institutet Prince William and Kate Middleton met Danuta Wasserman, professor of psychiatry and suicidology and Carl Johan Sundberg, professor of molecular and applied exercise physiology, as well as vice-chancellor Ole Petter Ottersen. The couple were informed about the YAM model and listened to a presentation by KI researchers about the effects of physical activity on young people’s mental health and cognitive functions. Another issue discussed was the connection between the ever-increasing use of smartphones and increased levels of mental illness in children and young people.

After visiting Karolinska Institutet, the Duke and Duchess continued on to Matteusskolan, a school in Stockholm, to meet pupils and teachers who have participated in the YAM Programme. Together with the Swedish royal couple and Swedish Minister for Education Gustav Fridolin, they participated in role-play exercises that form part of the YAM programme.

“The royal couple expressed a desire to participate personally to see how it feels,” says Danuta Wasserman. “They were quite clear in their wish to contribute to young people being able to discuss mental health. As a medic, it is pleasing to me that young people today are interested in all aspects affecting mental health, including the biological, and how lifestyles affect the brain’s functions.”

Prince William and Kate Middleton have previously spoken about their own experiences of suicide, depression and mental illness. In his previous role as an ambulance pilot, the Prince came into contact with many young people with suicidal thoughts.

The YAM Programme was created within the EU project SEYLE, and combines role play with discussions on mental health based on young people sharing their own experiences under the guidance of two experienced instructors who always remain in the classroom. The programme is designed to teach young people about what they can do to affect their own psychological wellbeing, including how this is affected by eating habits, physical activity and sleep.

Using a randomised controlled study of 11,000 teenagers from 168 schools in 10 European countries, published in The Lancet, researchers were able to show that the risk of suicide among young people who were involved in the YAM Programme was half that of a control group. The project has also produced a comprehensive database of facts relating to mental health among young people, for example it revealed that 29% of those involved in the study had minor symptoms of depression. Even if suicide continues to be the single greatest cause of death among the 16-29 age group in Sweden, there are signs of a long-term decline in the number of suicides over several decades. Behind this decline lies not only improved diagnosis and treatment of depression, but also a general increase in awareness regarding the problem.

“If one begins to discuss a problem, it is almost always a step towards alleviating it,” says Danuta Wasserman. “The greatest contribution of the YAM Programme is preventative but, as we distribute questionnaires to all pupils, we are also able to catch those who are already in a situation where they need help.”