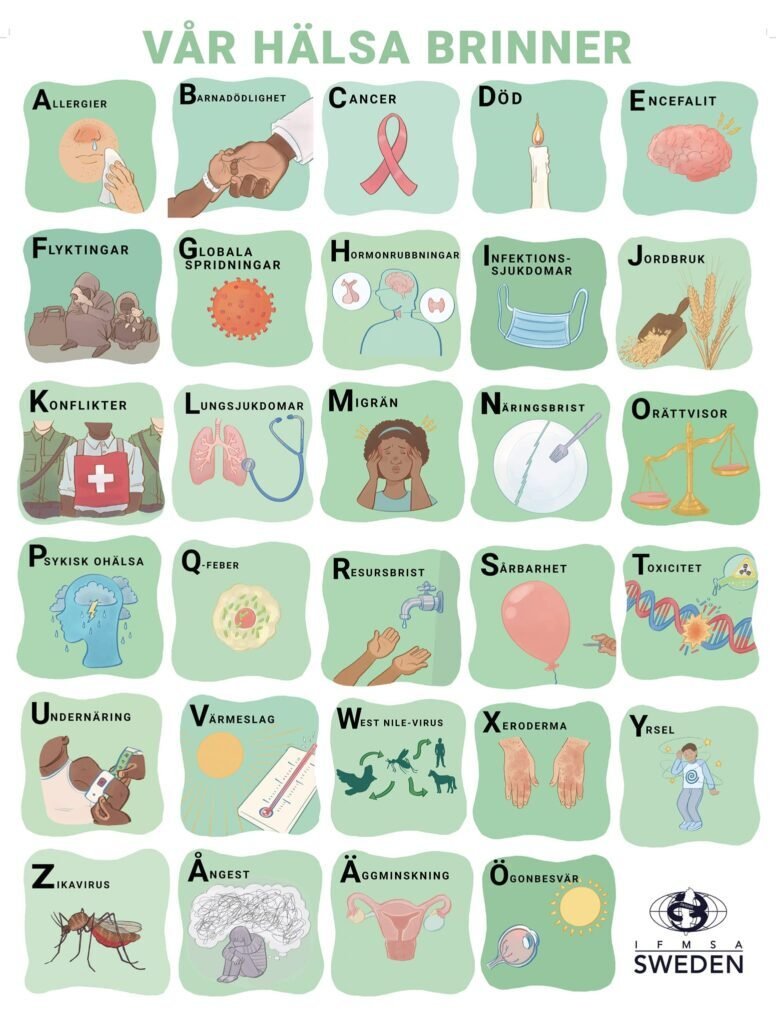 The students' association IFMSA runs the Vår hälsa brinner (Our health is on fire) campaign to raise awareness and educate about the health impacts of climate change. Students see a need to work concretely on the issue, not least during their medical training. They have made an alphabet series illustrating the impact of climate change on public health and hold educational workshops. During Politician's Week in Almedalen, they held a workshop and distributed posters with the alphabet.

Where did the initiative for Vår hälsa brinner come from?

"A major part of the impact of climate change on humanity is the effects on public health and the changing epidemiological situation. Those of us involved in IFMSA-Sweden (International Federation of Medical Students' Associations) are healthcare students and will have to deal with the consequences in our future professions. At the same time, we feel that the health effects of climate change are not sufficiently discussed and addressed, and we feel unprepared in terms of knowledge. Therefore, we simply took matters into our own hands and created the Vår hälsa brinner campaign, both to raise awareness of the issue and our views, and to teach each other in the absence of education on the subject in our healthcare programmes", says Clara Brune Vice President of IFMSA-Sweden.

"On the one hand, we are targeting students; we want to create spaces where we can learn from each other, and create common solutions to the problems we have identified. We also want to spread information about the issue to the public, and reach policy makers to create political change. That's why we went to Almedalen!" 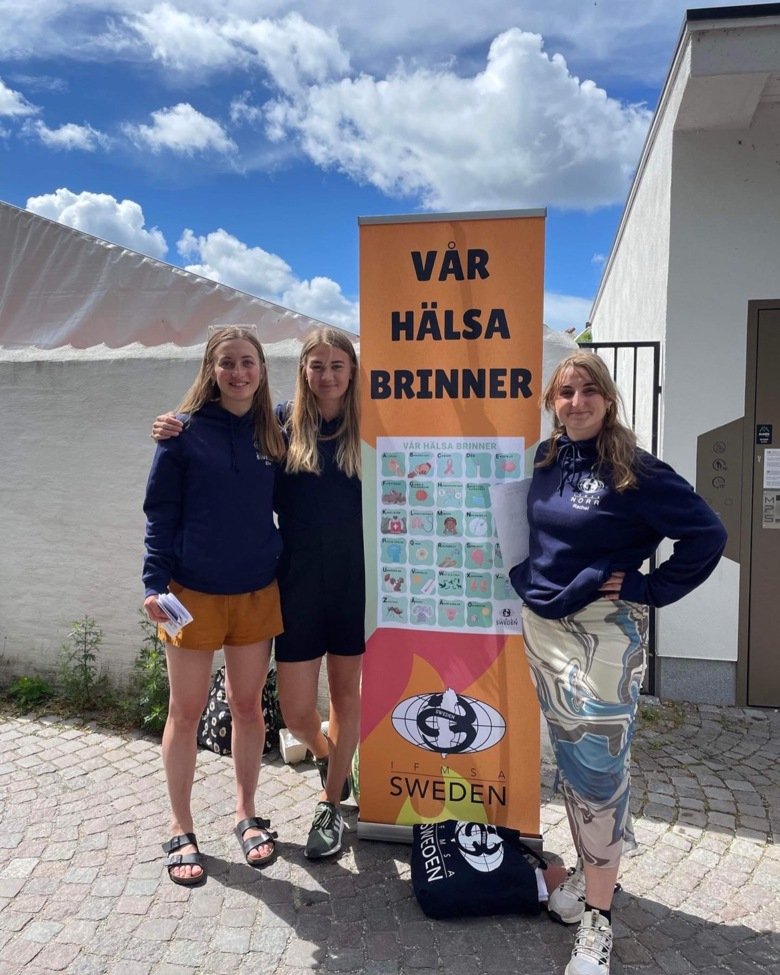 During Politician's week in Almedalen, students from IFMSA-Sweden participated with a rollup, answering questions and handing out pictures of the alphabet, including to Professor of Environmental Science Johan Rockström and Green Party spokeswoman Märta Stenevi. Although it was rewarding to participate and the students met sustainability consultants, health professionals, journalists and several others who agree that the issue deserves more attention, Clara says it was a shame that relatively few events focused on the health impacts of climate change. But through the campaign, they are helping to raise awareness of the issue.

"We held one of our workshops, based on the alphabet that we have developed. During the workshop, the participants, who had different backgrounds, discussed two of the health issues included in the alphabet. They then had to work out different types of solutions to the problems they had discussed. We chose Infectious Diseases and Heat Stroke, both of which are health problems worsened by the climate crisis. The solutions that the groups came up with were very creative. Suggestions ranged from changing animal husbandry, improving sanitation and hygiene, increasing urban water fountains and education." 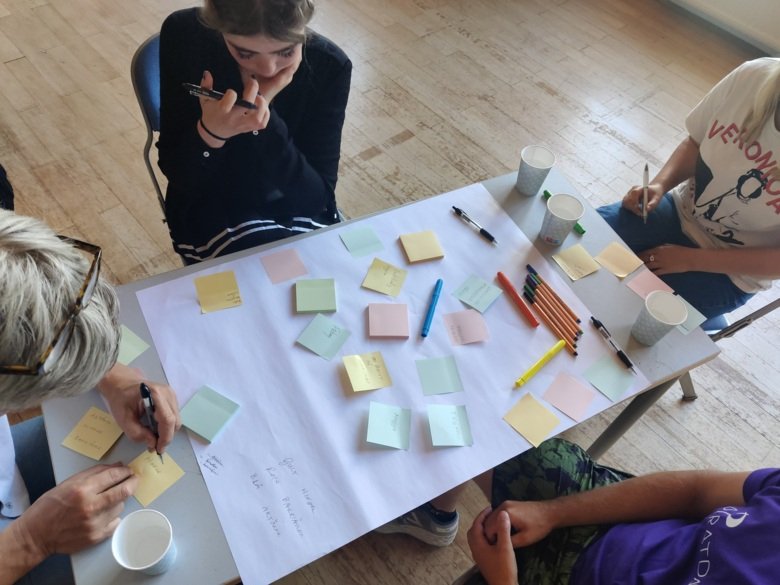 Caption:
Participants at the workshop in Almedalen work out different types of solutions to health problems. Photo: IFMSA-Sweden

There is a strong interest among students to learn more and they want to draw attention to the issue and push to get more education on the health impacts of climate change into healthcare programmes. Among other things, they have written an opinion piece in Läkartidningen on the subject.

"We want to learn more, both about the health effects of climate change and about sustainable healthcare. It would be great if more people worked to incluse the subject in healthcare programmes, both as electives and as an integral part of other teaching. I also think many students would be interested in helping with research on the topic in various ways," says Clara.

In the future, they will continue to hold workshops to educate themselves and others on the subject. They also held a panel discussion with the Centre of Exellence for Sustainable Health as an associated event to the Stockholm+50 climate conference in June, and had a members' weekend in May dedicated to the issue.

"Eventually, we also want to summarise the solutions that workshop participants have come up with and present them to politicians, as concrete proposals for what kind of change we want to see."