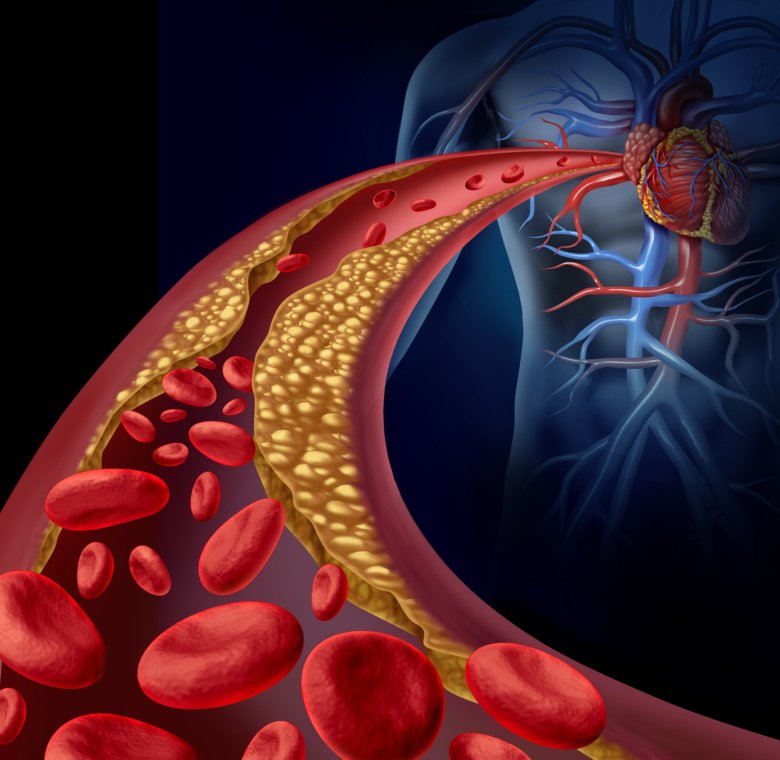 The risk of developing cardiovascular disease is strongly associated with the “bad” LDL cholesterol. A large study by scientists at Karolinska Institutet now shows that two proteins that transport cholesterol particles in the blood provide early and reliable risk information. The researchers advocate introducing new guidelines for detecting cardiac risk and say the results, published in PLOS Medicine, may pave the way for early treatment, which could help lower morbidity and fatality rates.

Cardiovascular disease is the most common cause of death globally and includes a wide range of conditions, such as stroke and myocardial infarction with atherosclerosis in different organs of the body. In many cases the disease can be prevented and arrested with lifestyle changes and lipid-lowering treatments using statins and other methods.

The data generally used to assess elevated cardiac risk are reference values for the “bad” LDL cholesterol. In some medical conditions, other types of fat particles are also measured along with apolipoproteins, which transport cholesterol in the blood. International guidelines for cardiovascular disease recommend using the apolipoprotein apoB, which transports the “bad” cholesterol, as an alternative risk marker for people with type 2 diabetes, overweight (high BMI) and very high levels of blood lipids.

Recent research has, however, indicated the importance of also factoring in the apolipoprotein apoA-1, which transports the “good” protective and anti-inflammatory HDL cholesterol. Calculating the apoB/apoA-1 ratio gives a risk quotient reflecting the balance between the “bad” fat particles that expedite atherosclerosis and the “good” protective apoA-1 particles that arrest the process.

In this present study, the researchers have analysed the link between cardiovascular disease and apoB/apoA-1 values in more than 137,000 Swedish men and women between the ages of 25 and 84. The individuals were followed for 30 years, during which time 22,000 suffered some form of cardiovascular event. The analysis methods are simple, inexpensive and safe, and do not require pre-test fasting, as is the case with LDL and non-HDL tests. Basing their study on a large database (AMORIS), the researchers linked the laboratory analyses to several clinical diagnosis registers.

“The results show that the higher the apoB/apoA-1 value, the greater the risk of myocardial infarction, stroke and need for coronary surgery,” says Göran Walldius, senior author and professor emeritus at the Institute of Environmental Medicine, Unit of Epidemiology, Karolinska Institutet. “The study also showed that the risk was amplified in the presence of low protective levels of apoA-1.”

The relationship was observed in both men and women and the elevated levels could be detected as early as 20 years before the onset of cardiovascular disease.

“Early preventive treatment and information about cardiovascular risk is, of course, important in enabling individuals to manage their risk situation,” Walldius says. “Early treatment can also reduce the cost burden on the public health services.”

All in all, the results indicate that the apoB/apoA-1 ratio is a better marker for identifying more individuals at risk of future cardiovascular disease than the apoB method alone, according to the researchers.

“It should be possible to introduce cut-values for apoB, apoA-1 and the apoB/apoA-1 ratio into new guidelines as a complement to current guidance on the detection and treatment of dyslipidaemia,” Walldius says.

The study was financed by the Gunnar and Ingmar Jungner Foundation for Laboratory Medicine.