Hi Roman Kuster, PhD student at the Division of Physiotherapy! On March 12 you will defend your thesis “Advancing the measurement of sedentary behaviour – Classifying posture and physical (in-) activity”. What’s the main focus of the thesis? 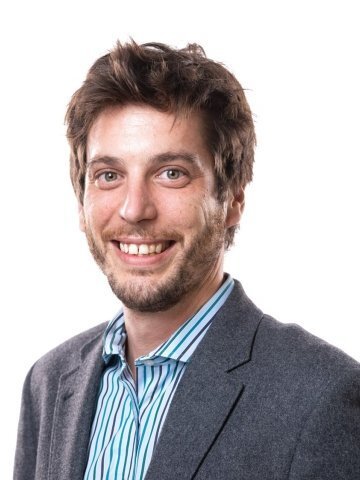 Both posture and physical activity sensors substantially overestimate the time spent sedentary. We were the first ever to identify the reason: active sitting and inactive standing. Both behaviours take an astonishing 2 hours a day on average, and are thus much more common than previously thought. We also observed a large inter-individual variability: Some of the investigated office workers spent a third of their sitting time active, while others spent most of their standing time inactive. Therefore, we urge the research community to be careful with the term sedentary behaviour and specify whether sitting, inactivity, or sedentary behaviour is measured. The interested reader finds in my thesis detailed instructions on how to measure both components of sedentary behaviour simultaneously. In doing so, we may one day be able to identify the behaviour that is responsible for the detrimental health effects currently related to sedentary behaviour.

As a first consequence, the recommendation to reduce sedentary time, as set out in, for example, the WHO’s physical activity and sedentary behaviour guidelines, must be interpreted as a recommendation to reduce inactivity, and the detrimental health effects should be combated with activity rather than standing. For office workers, this questions the use of standing desks, but analysing their impact on people’s health requires another thesis, ideally using a method developed in my thesis.

Yes, I will continue my research. We generated the key findings of my thesis with a new Posture and Physical Activity Index (POPAI), a combination of a posture and a physical activity sensor. However, since two sensors are cumbersome for field studies, we already started a new study to reduce the number of sensors needed for POPAI to only one.