Millions to OnkPat researchers from the Erling-Persson Family Foundation

The Erling-Persson Family Foundation has awarded a large grant to a KTH project where OnkPat's Rolf Lewensohn and Kristina Viktorsson have key roles. 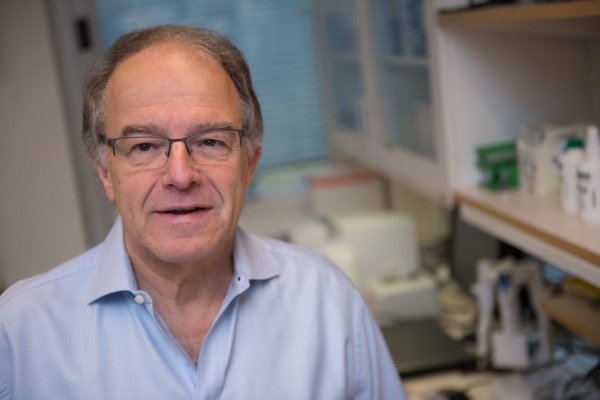 Project: Detection and analysis of tumour- and blood-borne markers using new nanotechnology for the early diagnosis and monitoring of cancer

With solid tumours, tumour markers are important for revealing metastasis and predicting the effect of therapies, such as modern target-seeking therapy. Unfortunately, samples from the tumour are often difficult to take owing to the location of the tumour, and usually only a minimal amount of tumour is extracted that can be used for biomarker analysis. Normally, however, tumours secrete small amounts of tissue fragments (exosomes) into the blood that reflect the tumour’s RNA, microRNA and surface proteins. Freely circulating tumour DNA is also often found in the patients’ blood. Technologies are therefore needed that can identify tumour markers robustly and quantitatively from extremely small amounts of such material.

The project group at KTH, Karolinska Institutet and SciLifeLab will be developing silicon chip-based methods using nano-biosensors to isolate exosomes and other material to study their protein, RNA and microRNA expression. The function of the sensors is based on the ability of antibodies and other so-called binders to capture and bind tumour-exosomes, allowing the measurement of the signal pathways – something that, in turn, reflects the properties of the tumour.

In this way, the group wants to create methods for early detection and diagnosis of cancer but also to reveal the presence of therapeutic tumour targets such as; mutated cell receptors like EGFR and EML4-Alk important in lung cancer.The researchers’ focus will be on samples from patients with non-small cell lung cancer, the most common form of this disease, and breast cancer. Besides diagnostics blood samples will also be analysed during lung cancer treatment with target-seeking drugs towards mutated growth factor receptors orimmunological signaling pathways.

“Thanks to this generous donation from the Erling-Persson Family Foundation, we hope that our partnership with KTH will lead to an analysis platform based on nanochips for biomarker studies of tumour and blood, and thus to a new tool for more effective personalised cancer treatments,” says Professor Lewensohn.

This is a rewrite of a longer article published by Katarina Sternudd on November 1:
Millions to KI researchers from the Erling-Persson Family Foundation