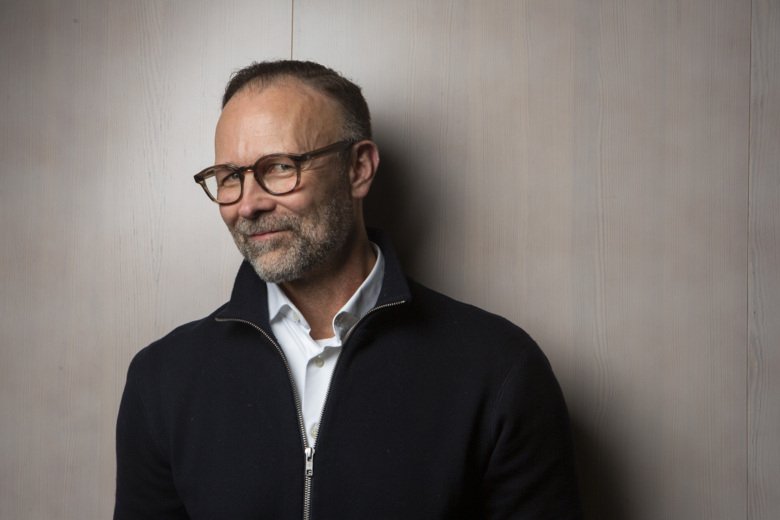 Even as a child, Martin Bergö wanted to be a scientist. And he did. His biggest discovery so far is that vitamins can worsen the prognosis for cancer patients.

Everyone needs vitamins and minerals to avoid deficiency diseases. But 'the more the merrier' can be very detrimental, according to Professor Martin Bergö.

Normally, we get our vitamins and minerals from a balanced diet that is rich in fruit and vegetables. Although some people may need extra supplements, such as pregnant women, people on a vegan diet and people who live in the northern regions during the dark season.

'However, our research and that of others has found that people with cancer, or with an increased risk of cancer, should not take vitamin supplements', he says.

Knew early on that he wanted to do research

But let's take things from the beginning. Martin Bergö knew early on in life that he wanted to do research. As to his chosen subject, that was less important.

'Would it be about place names or birds? I started by studying biology and chemistry, but quickly realised that medicine seemed the most fun', he says.

Early on is his biology studies, he was accepted as a PhD student and conducted research on lipoproteins and lipid metabolism. But his research eventually turned to the identification of about 150 proteins, collectively known as CAAX proteins. By creating mice lacking certain genes, known as knockout mice, the research team worked to identify the function of various enzymes that act on the CAAX proteins.

'It was basic research, we wanted to identify their role in the body', he says. For example, Martin Bergö and his colleagues investigated an enzyme that was found to regulate the protein Lamin A in the cell nucleus membrane.

'No one knew the purpose of this enzyme in mammalian cells. But we discovered that mice lacking this enzyme suffered from the disease progeria, they age extremely prematurely', he says.

One year later, Maria Eriksson, now a professor at Karolinska Institutet, together with her colleagues, discovered the rare mutation in the LMNA gene that encodes the protein Lamin A and causes progeria in children.

'By then, of course, we had a mouse model ready in order to study the disease. And since then, a lot of research has been done on these mice to understand and treat the disease', says Martin Bergö.

Another CAAX protein is K-RAS, a protein that is mutated in many different types of cancers. When Martin Bergö and his colleague Per Lindahl were studying lung cancer caused by K-RAS, as well as other lung diseases, they accidentally discovered that antioxidants could significantly accelerate tumour growth. A long-held belief was that antioxidants protected against cancer. Antioxidants prevent damage from reactive substances, so-called free radicals, which are formed naturally in all cells that use oxygen, and which can be harmful in higher doses, so-called oxidative stress. Antioxidants are different kinds of substances, examples include vitamins A, C and E, selenium and beta-carotene, and they are found in food and available as dietary supplements.

'When our PhD student Volkan Sayin presented the results, we first thought we might have done something wrong, because the the mice given antioxidants had tumours that were much larger and more numerous. We then repeated the experiments and got the same results, so the original results were correct. In further studies, we found that the antioxidants increase the spread of cancer in mice with malignant melanoma and may cause cancer cells from humans to be more likely to spread',says Martin Bergö.

These results may explain why other researchers in studies from the 1990s found that people given extra beta-carotene or vitamin E were diagnosed with cancer at higher rates than those given placebo pills (sugar pills). These studies had to be curtailed prematurely. The studies were carried out on smokers and older men who developed either lung cancer or prostate cancer while the study was in progress. Martin Bergö's subsequent research concluded that the antioxidants in all likelihood led to accelerated growth of small previously undiagnosed tumours in the lungs of the smokers or in the prostates of the older men.

'Today, we are quite confident that antioxidants do not cause cancer.

Although when there is a tumour present, they can help the tumour to protect itself against harmful free radicals, which means that it grows more quickly and spreads more easily. We eventually also identified the proteins involved in this process. The finding that antioxidants can increase the growth and spread of cancer – and the mechanisms behind this effect – is my biggest discovery so far.

However, when the results were published in 2013, they did not meet with universal acceptance. At times, the debate was heated and threatening', he recalls.

'There were, and are, many people who make a living entirely on perpetuating the myth of the exclusively beneficial effects of antioxidants, so-called 'health experts' and companies that exploit people's fear of disease. Unsurprisingly, they were not impressed by these research findings, and many have claimed them to be false. But I would never publish our results without being absolutely sure they were correct', says Martin Bergö. 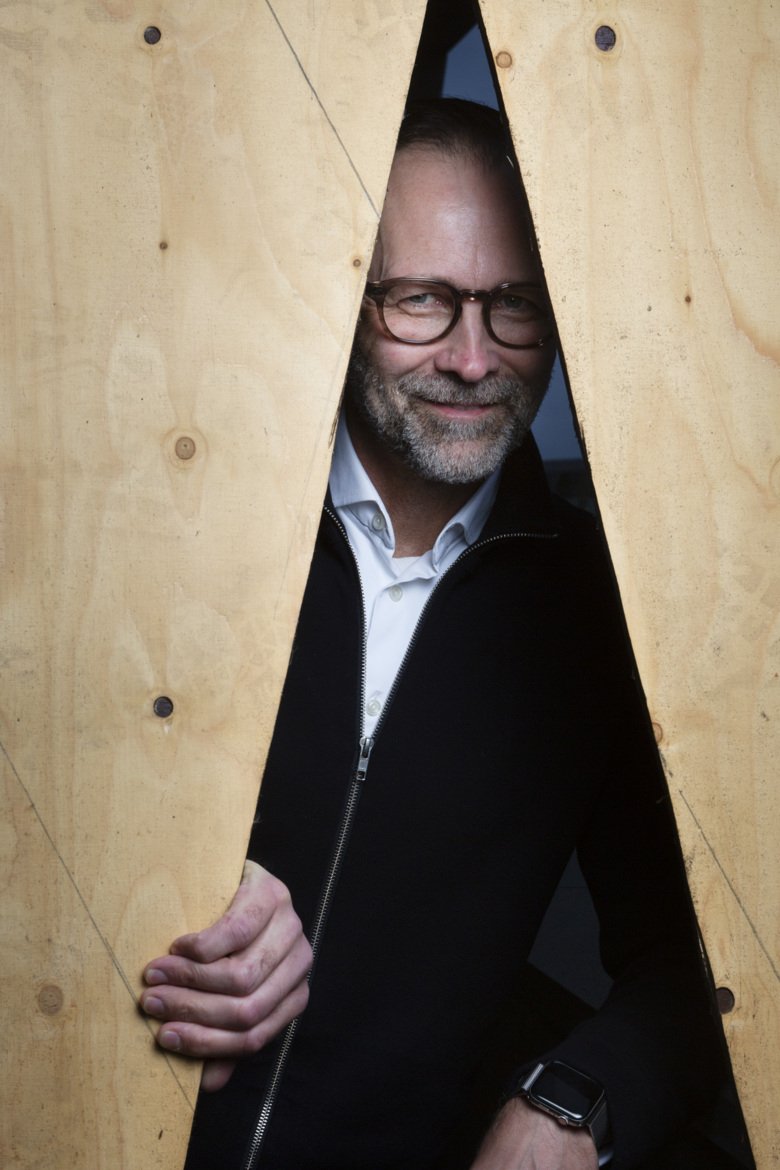 'I am remarkably stress-resistant. It's probably my best quality', he says.

'The link is now so well established in scientific terms that it prevents some studies being made into how antioxidants affect the risk of different types of cancers spreading in humans', he says.

'We can forget about conducting controlled randomised clinical trials in this field. We know too much about the risks, which means that such a study would be unethical, and no one would want to participate. However, it will be possible to carry out epidemiological studies into what people eat and how this affects their cancer risks and the risks of recurrence', says Martin Bergö.

'However, such studies are difficult to conduct, partly because people tend to forget or underestimate what they have eaten. But many of us are very interested in the question of how diet affects health. It's tempting – and human – to try to find a particular substance or diet that can act as a 'magic bullet' and make us fitter and healthier', says Martin Bergö. It may also be tempting to cherry-pick observations or studies that support such a view of the world. As an example, he cites a 'self-proclaimed expert' who, during a debate, cherry-picked studies showing how a certain plant extract kills cancer cells in cell culture dishes and thereby reached the conclusion that people should eat this substance to protect themselves against cancer.

'Of course, that's not the way to reason. You can take any substance from a refrigerator in a normal kitchen – and if you pour it onto cancer cells, they die, it's a pure toxic effect. Cancer cells need a very specific combination of nutrients, and everyone who works in cell culture knows this. In addition, a lot of control experiments are carried out on healthy cells and dose-response effects', he says.

'It's difficult to discuss science with people who don't have a scientific approach and don't respect facts', he adds. However, at the same time, it's important to share new knowledge with people outside academia.

'Since these discoveries, much of my time has been spent communicating with patient organisations, doctors, schools, politicians, dieticians, and others. I give around 20-25 lectures a year on this subject. Public adult education is an essential part of a scientist's work', says Martin Bergö.

Every week, he is also contacted directly by cancer patients with concerns

'I always call back. Only yesterday I had a call with someone who had a habit of eating a packet of baby carrots several times a week. He was worried it might have made his cancer worse. But of course, there's no danger in eating carrots, it can't lead to a high enough dose. It's the idea of the more the merrier that's unhealthy, and can lead to too high a dose in pill form. The recommendation here is elementary Swedish: moderation is best', says Martin Bergö.

Name: Martin Bergö.
Title: Professor at the Department of Life Sciences and Nutrition, and Vice President for Research, Karolinska Institutet. Member of the Nobel Assembly at Karolinska Institutet.
Age: 52.
Family: Wife and two sons, aged 19 and 21. No pets, forbidden because I'm the one who does the cleaning!
How I relax: Listen to classical music (preferably Bach, Beethoven and Brahms), read poetry (Ferlin and Fröding), drink and collect good wine, dive and hike in the mountains. Spend a lot of time with my wife at weekends, as I commute from Gothenburg every week.
Role model: My mother, because she is kind, open and caring.
Dislikes: The word stress is forbidden in my vocabulary. If something doesn't get done, it's never a disaster; it's just a job after all.

… unnecessary supplements:
A recent survey in the United States found that 86 per cent of American adults take supplements but only 21 per cent have a deficiency that justifies it. Therefore, most people take supplements unnecessarily.
… public adult education:
I am closely involved in the Folkuniversitetet (People's University), I am passionate about facilitating lifelong learning for all. And it's great fun to go to the board meetings – like going to an intensive course in general education.
… hexameter:
When I walk, I often recite poetry in hexameter in time with my steps. For example, 'Sing, Goddess, sing of the rage of Achilles, son of Peleus'.
… aide-mémoires:
I like to memorise decimals in pi, poems, the birds of Europe in Latin, the 45 presidents of the United States and the 50 States in alphabetical order. I accumulate quite unnecessary knowledge that most people have no interest in.