KI researchers comment on the 2020 Nobel Prize in Chemistry: “Fantastic, at last!” 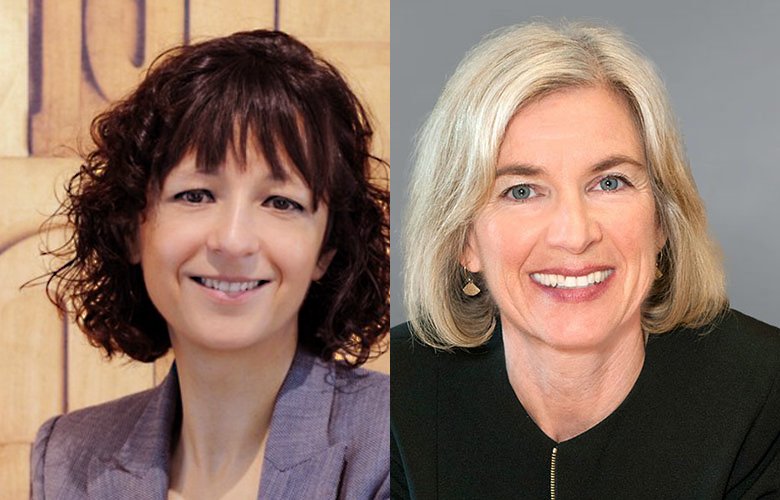 The Royal Swedish Academy of Sciences have decided to award the 2020 Nobel Prize in Chemistry to Emmanuelle Charpentier and Jennifer A. Doudna for the development of a method for genome editing. Here, KI researchers who uses the method in their own research comment on this year’s prize. “It’s what we’ve been waiting for,” says Fredrik Lanner. 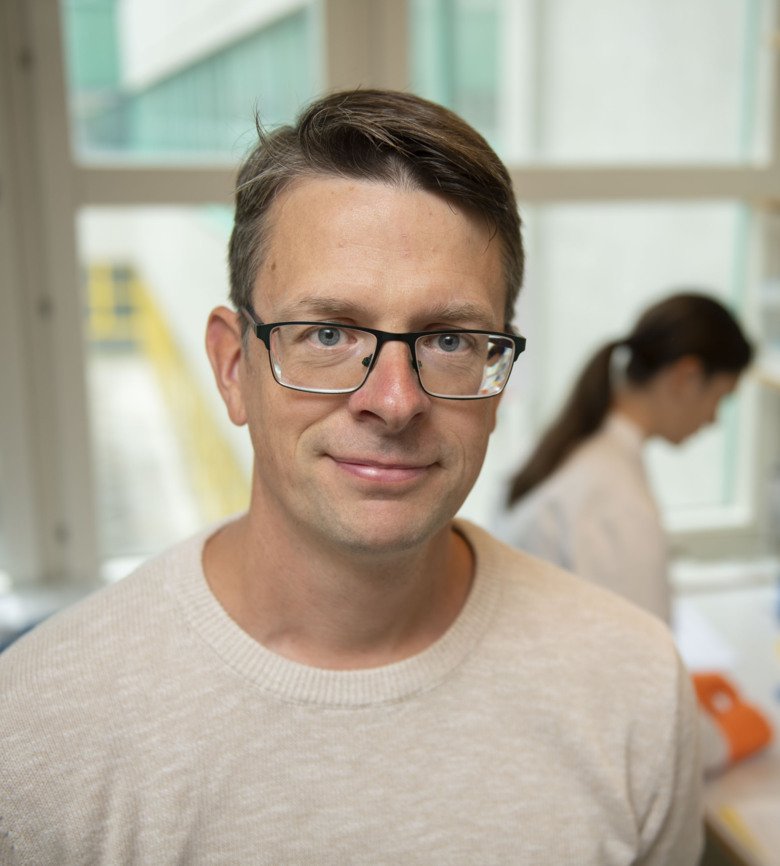 Emmanuelle Charpentier of the Max Planck Unit for the Science of Pathogens, Berlin, Germany, and Jennifer A. Doudna of the University of California, Berkeley, USA, are behind the discovery of one of the sharpest tools in gene technology: the CRISPR/Cas9 genetic scissors. Using this technique, researchers are able to change the DNA of animals, plants and microorganisms with extreme precision. This technology has revolutionised the molecular life sciences. Fredrik Lanner is one of many scientists who think the prize is well-deserved, given that use of the method has exploded in laboratories around the world:

“Fantastic, at last! It’s what we’ve been waiting for,” says Fredrik Lanner. Dr Lanner is a researcher at the Department of Clinical Science, Intervention and Technology, and uses the method in his own research on macular degeneration, a kind of age-related blindness.

“Macular degeneration is caused by the death of a certain type of cell in this area of the eye,” he explains. “We replace the dead cells with stem cells, but to prevent them from being rejected by the immune system we first modify them using the genetic scissors. We’re also working in a similar way with insulin-producing cells for patients with diabetes.”

Technique for understanding how cells form

Fredrik Lanner and his colleagues also use the technique in more basic research to understand how different cells of the body are formed.

“We knock out different genes in stem and embryonic cells using the genetic scissors to see what it does to early cell development in the body,” he says.

The genetic scissors can be simply used to cut away genes or modify their properties, to insert new types of genes, to activate genes and to mark different sections of the DNA molecule.

“CRISPR/Cas9 has rapidly grown into a widespread and popular research tool used by almost all laboratories working with genetic, cell or molecular-biology research. It’s also being tested in a raft of clinical applications, such as cancer treatments and classic gene therapy.”

Dr Lanner does, however, acknowledge the risks of such a powerful tool:

“The risks of using the genetic scissors must always be weighed against the benefits, and it’s vital that their use is properly regulated,” he says.

Edmund Loh about his former colleague 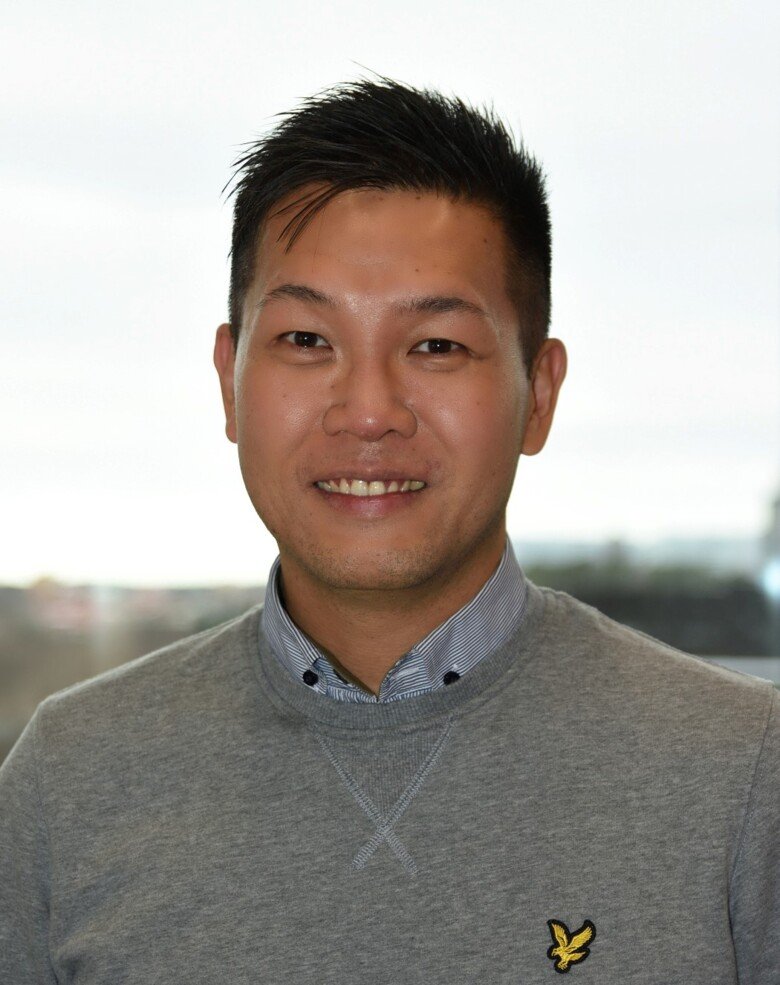 For the past four years, KI-researcher Edmund Loh at the Department of Microbiology, Tumor and Cell Biology has waited with anticipation to hear if his friend, Emmanuelle Charpentier, would win a Nobel prize. This year, he got his wish.

“I was so happy, I started running from office to office asking, ‘have you seen this?’” Edmund Loh says of his initial reaction. “I’ve congratulated her via sms. She replied that she is very happy and that she and her research team celebrated with dinner and champagne yesterday.”

Edmund Loh, who researches RNA-regulation in meningococcal infection, recalls first meeting Charpentier at a niche conference on bacteria and RNA in Vienna 17 years ago.

The two eventually came to work together during their time at Umeå University, where Charpentier worked as a group leader and first discovered the purpose of the non-coding RNA mechanism in bacteria that heralded the CRISPR-technology.

“She was always prodding us with questions about this non-coding RNA whose function we did not understand,” Loh remembers. “Eventually, she and Jennifer Doudna figured out that it could be used for gene editing.”

That stubbornness and passion are part of what characterizes Charpentier, according to Loh, who has continued to work with Nobel prize winner. In February, the two published an article in the journal RNA Biology that described how bacteria survives in the nose by scavenging on nutrients from dead bacteria.

“It’s wonderful to collaborate with her,” he says. “She’s very thorough. She spots the tiniest mistake. Everything must be correct. You know that when she publishes something, it has been tested over and over again.”

Edmund Loh remembers how Charpentier applied that meticulousness to her work before pitching her break-through 2012 article on CRISPR to the journal Science, one of the world’s most prestigious papers. “She would say, ‘I’m a nobody, who will accept this paper?’ She knew that as a young group leader, she would face more scrutiny and that her work had to be immaculate.”

Beyond recognizing Charpentier and Doudna’s efforts, the award also highlights the importance of basic research and how critical it is for medical applications, Loh says.

“This is a textbook example of how basic research is absolutely fundamental for every clinical medical discovery that comes later,” Loh says. “As a researcher involved in the basic sciences, I really hope that this prize will invigorate interest in this field.

Galina Selivanova met Charpentier when she lectured at KI 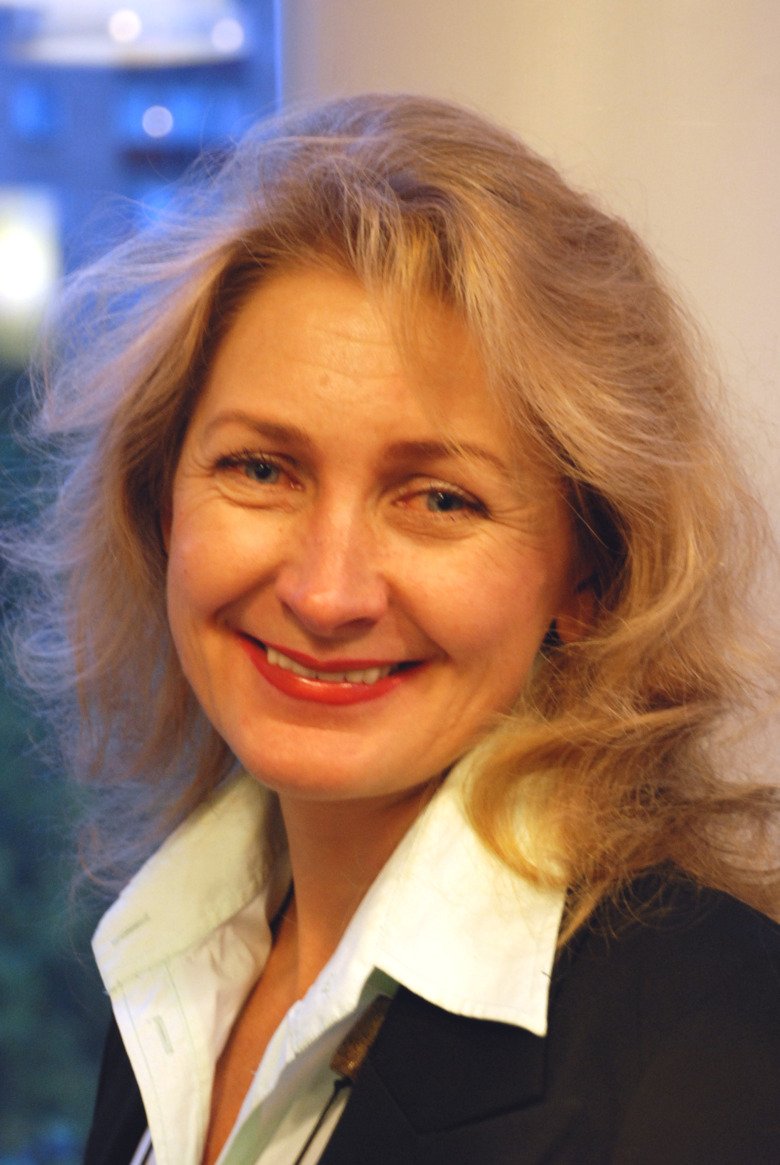 “It’s fantastic!” says Galina Selivanova, professor at the Department of Microbiology, Tumor and Cell Biology, KI. She recalls meeting Emmanuelle Charpentier when she came to give a lecture at Karolinska Institutet in 2018.

“She was very interested in other people’s work, very easy-going,” she says. “We knew already back then that the CRISPR discovery would get the Nobel prize one day, but we didn’t know exactly who would get it. Both Emmanuelle Charpentier and Jennifer Doudna were given recipients, but I also hoped that Feng Zhang at MIT would get it. There are so many researchers involved in the early discoveries, of course it’s hard to choose.”

Galina Selivanova was among the first KI researchers to begin using the CRISPR technology to study gene function using gene editing in cell lines. She has arranged several courses and seminars on the topic.

“Best tool there is“

“It’s the best tool to study gene function at the molecular level,” she says. “We use it all the time in the lab to turn on and off individual genes that play a role in the development of cancers.”

Still, the technology is fairly new, and more research is needed before it can be used to cure genetic diseases. Galina Selivanova acknowledges the limitations, but says the prize is well-deserved given its significant impact on basic research and future potential.

“Defects in the protein I study, p53, is linked to an increased risk of cancer,” she says. “Just imagine if we with this tool can correct this one protein and thereby cure cancer or, even better, prevent its development – that would be fantastic.” 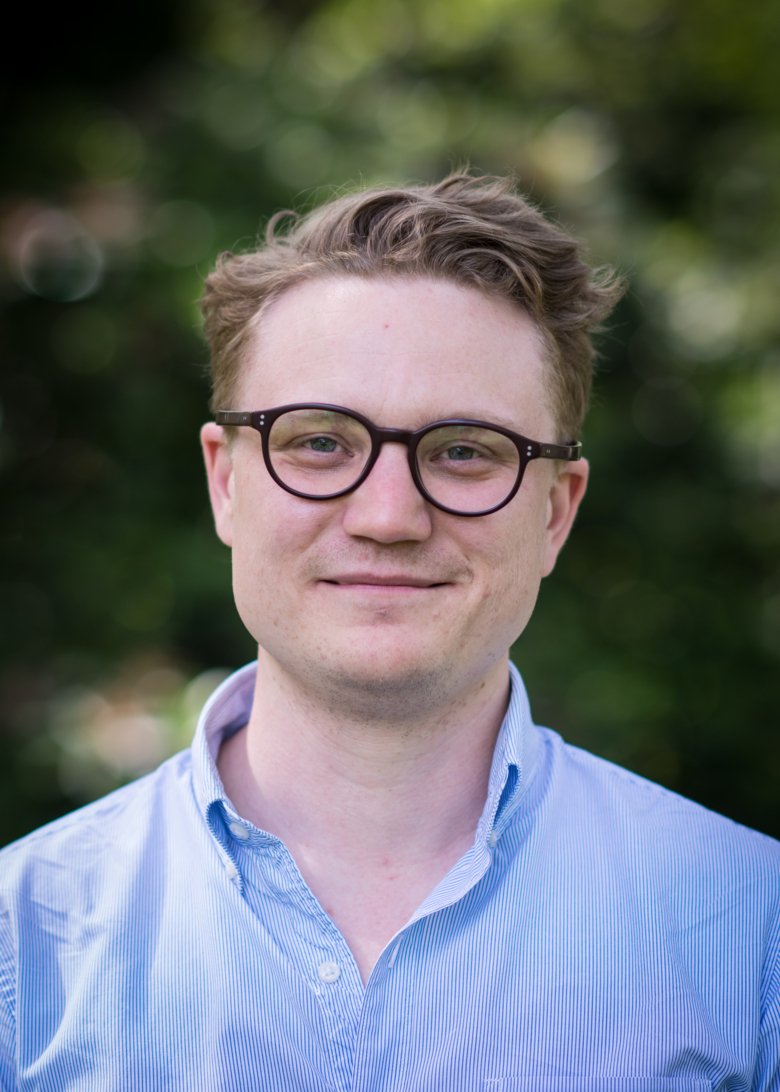 For Fredrik Wermeling, CRISPR/Cas9 is a given Nobel discovery. But it was less obvious which researchers would be rewarded, as there have been many people involved in the development of the technique.

“The Nobel Committee has had an unenviable task in deciding the matter, but I think they’ve done a nice job in presenting their choices – Emmanuelle Charpentier and Jennifer A. Doudna absolutely deserve it.”

He uses the technique himself to study immune cells and their role in different diseases. The best thing about the genetic scissors, he thinks, is their simplicity:

“Being able to quickly and simply test the function of a gene, for instance. That’s incredibly useful.”

Genome editing also raises ethical questions. But according to Dr Wermeling, this is nothing new for CRISPR/Cas9:

“It’s an uncommonly powerful tool. But almost all technology can be used in a good and bad way, and this isn’t the first time we’ve been able to manipulate genes. I think a healthy discussion is going on about CRISPR/Cas9,” he says. 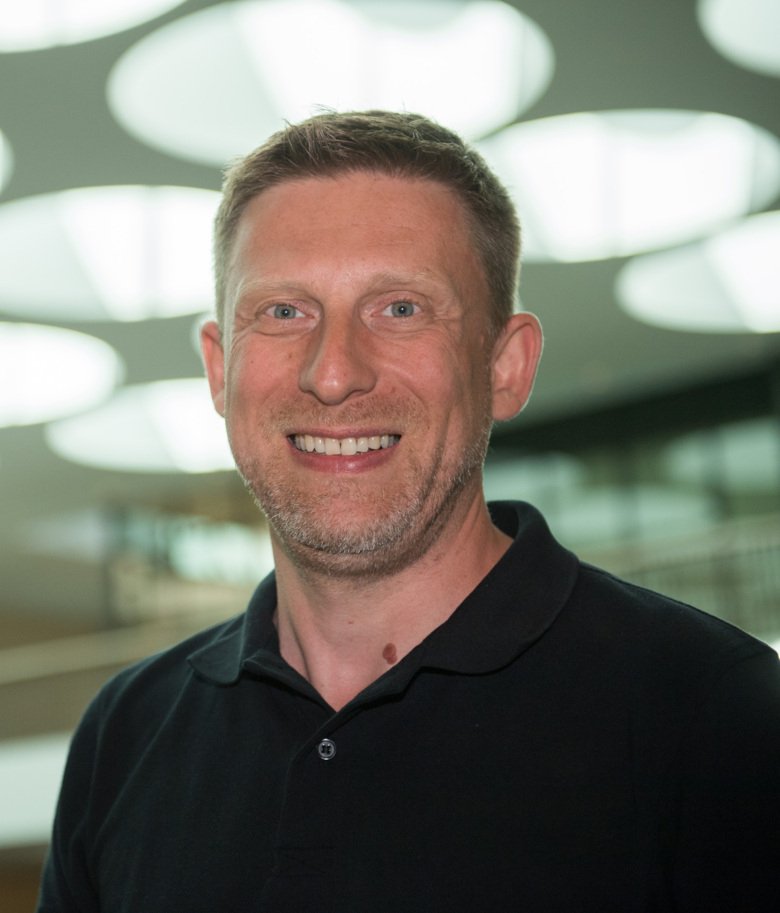 ”The extent to which this tool is revolutionizing and accelerating discovery in molecular biology cannot be overstated, and I am very happy that the committee awarded the prize to these two outstanding scientists,” says Dr Bernhard Schmierer, researcher at the Department of Medical Biochemistry and Biophysics at Karolinska Institutet, and Head of the High Throughput Genome Engineering Facility (HTGE), of Science for Life Laboratory (SciLifeLab).

The researchers at HTGE and its sister facility, Karolinska Genome Engineering, use CRISPR/Cas9 to create model systems for research, such as cell lines that have a certain gene inactivated or tagged with a fluorescent reporter. They also use the method in a high-throughput manner: for instance, to inactivate (or activate) all ~20,000 human genes one by one in human cell lines. This allows the researchers to determine which genes are important for specific biological processes, and to learn which gene products should be targeted by drugs.

In a 2018 study, Bernhard Schmierer and his colleagues showed that therapeutic use of gene editing with CRISPR/Cas9 technique may inadvertently increase the risk of cancer. They concluded that more studies are required to guarantee the safety of these ‘molecular scissors’ for gene-editing therapies. However, he thinks the timing is right for this Nobel Prize.

”CRISPR/Cas9 has been rightly awarded the chemistry prize, because of its huge impact on basic research. Regarding therapies, the potential of CRISPR/Cas9 or other CRISPR systems is tremendous, despite the obvious need for caution and careful risk/benefit analyses. Only eight years after its discovery, CRISPR/Cas9 is already contributing to cancer therapy. Further exciting applications in the treatment of inherited diseases such as blood disorders, blindness or muscle weakness are just around the corner. In the not too distant future, we might well see a Noble prize for Physiology or Medicine for a therapy that is based on CRISPR/Cas9.”

About the Nobel Prize