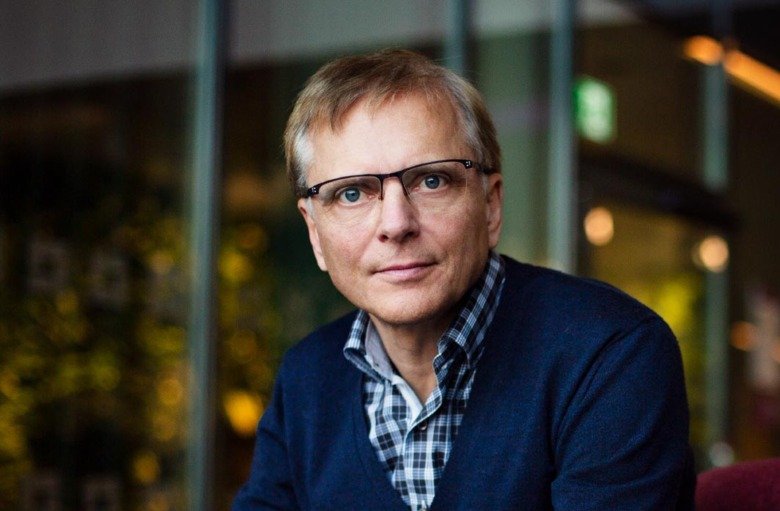 By building up expertise around how pain arises, he hopes to help find a future solution to chronic pain. Professor Patrik Ernfors writes about failures, his work with the Nobel Prizes and why you need to be open-minded to make new discoveries.

Text: Cecilia Odlind, in translation from Swedish for the magazine Medicinsk Vetenskap no 4/2021.

Can pain be a good thing? Yes! In fact, it is vital to us. Pain is a reflex that takes us out of harm’s way and also teaches us about what is dangerous. This year’s Nobel Prize in Physiology or Medicine has been awarded for contributions to our understanding of pain through discoveries of receptors for temperature and touch by David Julius in the 1990s and by Ardem Patapoutian in 2010. Following in the footsteps of these discoveries, current research is attempting to develop new treatment strategies, for example for chronic pain. But there is still a great deal we do not know about how the experience of pain is communicated in the body. Understanding the cellular and molecular basis of pain is the objective of Professor Patrik Ernfors’ research.

“We are attempting to identify and classify those cells involved in normal pain functions,” he says. “We hope that, by gaining a complete understanding of that, we will also be able to understand what goes wrong in people affected by chronic pain. And of course that paves the way to being able to repair whatever has gone wrong.”

Nearly one person in five has ongoing problems with pain, and seven per cent suffer from chronic pain. And we do not have efficient painkillers. In Ernfors’ view, researchers studying pain have previously had to use somewhat blunt instruments. But new technologies, such as single-cell sequencing, which involves recording all the genes active in individual cells at a particular point in time, make it possible to study exactly which cells are active during different stages of the pain response and in different pain situations. The method also means researchers working with live animals can recreate activity in the cells that were previously active in order to understand their significance in pain events.

“We can capture cells in a live animal that feels pain and several weeks later artificially activate the cells again and thus identify their exact function,” says Ernfors. “We now have technology that enables us to get a really good understanding of the principles behind this, and so I think we will be taking important leaps in terms of our understanding of pain in the next ten years.”

Behaviours following pain are similar for people and animals. By measuring reflexes and movement patterns, for example when a mouse licks itself, researchers can record the existence of pain. But it is difficult to distinguish between the different types of pain, as we experience it in lots of ways – for example, burning, stabbing, slashing, a dull ache. And there can be different causes.

“Pain is a number of different situations,” says Ernfors. “I think that’s one reason why it’s been difficult to find effective medicines. And of course we should not eliminate pain completely, that would be very dangerous for the individual. It’s the chronic pain that we need to find ways of eliminating.” 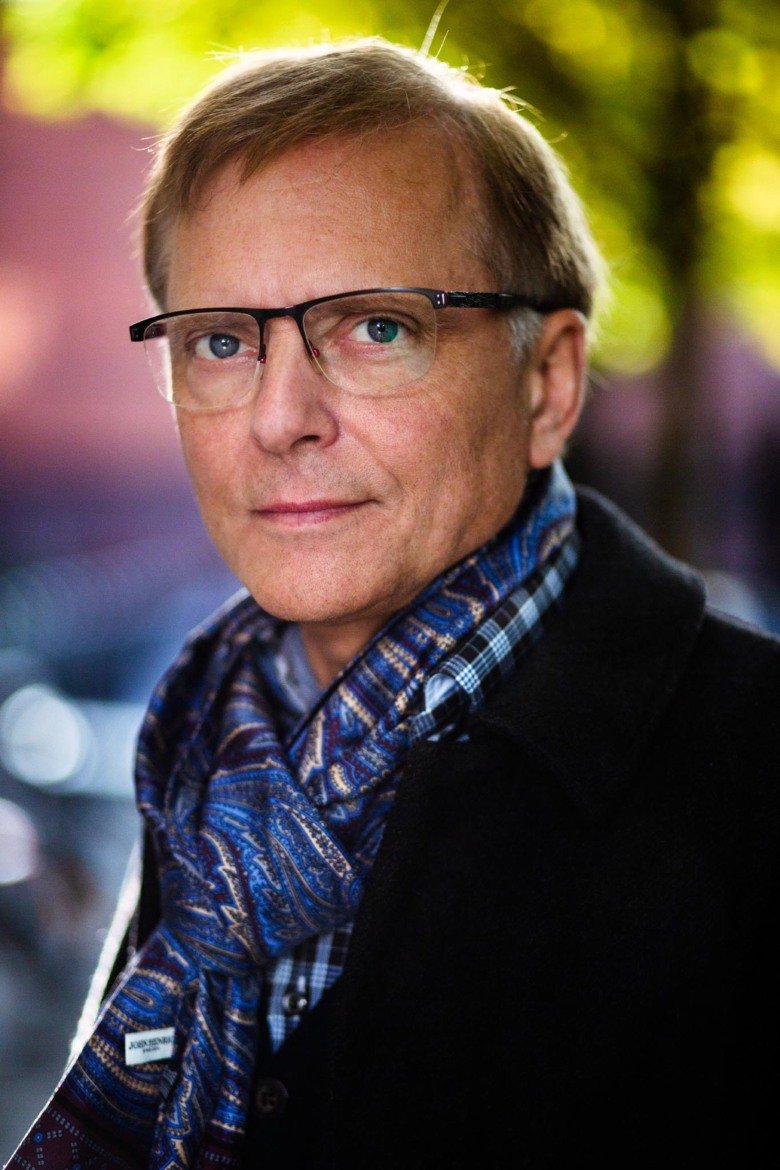 Speaking of there still being a lot to find out, he himself made a surprising discovery only a couple of years ago.

“We discovered a new organ. It was very unexpected.”

“Our research group had been studying glial cells, a type of cell in the nervous system, for over ten years. Marking the cells with fluorescein at an early stage enabled researchers to follow their development. They observed that glial cells gave rise to the parasympathetic, involuntary nervous system and to most pigment cells in the skin. But they also observed that there were glial cells in the skin that were closely associated with nerve fibres. “

“The sensory organs involved in touch were discovered in the 1800s,” says Ernfors. “Pain, on the other hand, has always been thought to start in free nerve endings in the skin. But we could now see that it could start in the glial cells and be passed on via pain fibres. Together, the cells and fibres form a pain-sensing organ.”

It has been observed in animals that, if the glial cells in the pain-sensing organ are damaged, a pain disorder called small fibre neuropathy can develop. A number of research groups are now trying to understand the significance of glial cells for this disorder.

So you were quietly identifying cells – and discovered an organ?

“Yes,” says Ernfors. “I think a successful researcher needs to be open-minded. It’s important to try to be open to the unexpected and seek to foster a dynamic intellect so that you can utilise the knowledge that happens to come your way.”

A further discovery made by the research group is about the origins of glioblastoma, a type of brain tumour. It was previously thought that this type of tumour orginated in glial cells. But Ernfors and his colleagues discovered that there was a more dangerous and faster-growing subgroup of tumours that arise from cells in the brain’s blood vessels.

“This knowledge is important for our understanding of the cause of the cancer and also for identifying the right treatment strategy for these patients specifically,” he says.

Pleased with the Nobel prized field

Ernfors is also a member of the Nobel Assembly and so was involved in making the decision about the 2021 prize for medicine. Several Nobel Prizes were awarded in the early 20th century for work on the basic principles of the sense of touch. What still needed explanation was how nerve fibres can convert touch and temperature into biological signals that enable us to experience our surroundings.

“So this year’s prize follows on from earlier prizes and demonstrates how research needs to take the long view,” he says.

Due to Ernfors’ expertise in the area, it fell to him to explain the significance of the research to the rest of the world at the press conference.

“It was nerve-wracking but enjoyable.”

Ernfors will not be drawn on the issue of whether the prize ought to have gone to the discovery of the mRNA vaccine for COVID-19, which, having saved many lives in the past year, fits well with Alfred Nobel’s instructions.

“As you know, we’re not allowed to talk about our Nobel Prize deliberations,” he says. “But personally I’m pleased it went to that particular field. I think it means a lot for the pain field. It will increase interest and help research progress more quickly.”

Ernfors returns several times to what he sees as the enormous privilege of being able to conduct research.

“Discovering new things is a lot of fun,” he laughs. “And I really think that’s essential for research to go well. I can get extremely excited by a black and white image on a gel!”

Dealing with a research project that has gone wrong is less enjoyable but also part of the work.

“It can be difficult when things don’t go as planned, and can be particularly difficult when things go wrong for younger colleagues who are still at the beginning of their career,” he says. “But I think you have to understand that all research involves failure, even if it’s not always made apparent.”

In 2015, Ernfors withdrew a publication from the journal Cell because they were unable to recreate the results of an important experiment in the study.

“Of course it was sad that the results we’d got previously didn’t seem to be right,” he says. “But I think it’s important that you make that known. I think researchers aren’t always good at correcting this sort of error after the event.”

Over the years, he has felt it increasingly important for his research to also generate knowledge that can help people experiencing pain. But it’s important at the same time to understand that research progresses slowly.

“Unfortunately, achieving in-depth knowledge takes a long time,” says Ernfors. “We sometimes work for 5 or 6 years on studies that result in just one publication.”

And sometimes the work doesn’t even result in new discoveries that can be published.

“All research that isn’t confirmatory has a risk attached to it. Sometimes you dig without coming up with anything. But if you don’t take the risk, you definitely won’t find out anything new.”

Motto: Keep digging where you stand.

Relaxes by: Building houses, keeping bees and gardening. When I had a very stressful period in the 2000s, I started hunting. You’re sitting completely still in a tower with no mobile coverage. It’s a very effective way to disconnect yourself from work.

Interesting fact about Rikard: I’ve built a greenhouse that includes a space for honey extraction. We extract 200-500 kilos of honey here every year.

Role model: “My supervisor, Håkan Persson, who unfortunately died when still young, remains an inspiration to me. For him, the focus was always on the research question and knowledge. As a researcher, he was a force to be reckoned with.

To generate new knowledge and new medicines, we have to test on animals as we don’t want to test untried substances on people. But it’s important that we minimise the animals’ suffering in any way we can.

I don’t like it. Much of it is nonsensical, and I think it often gives a distorted and unreal picture of reality. For example, you seldom see reports there of the failures that are part of everyday research.

...the effects of the pandemic:

Research is about creativity. And for creativity, people need to meet and talk to each other. So research has suffered in the pandemic, but I hope conversations will start to happen again now.

Some scientific journals require very extensive additional experiments within a short time when studies are being published. I feel this increases the risk of uncertain data and incorrect conclusions.