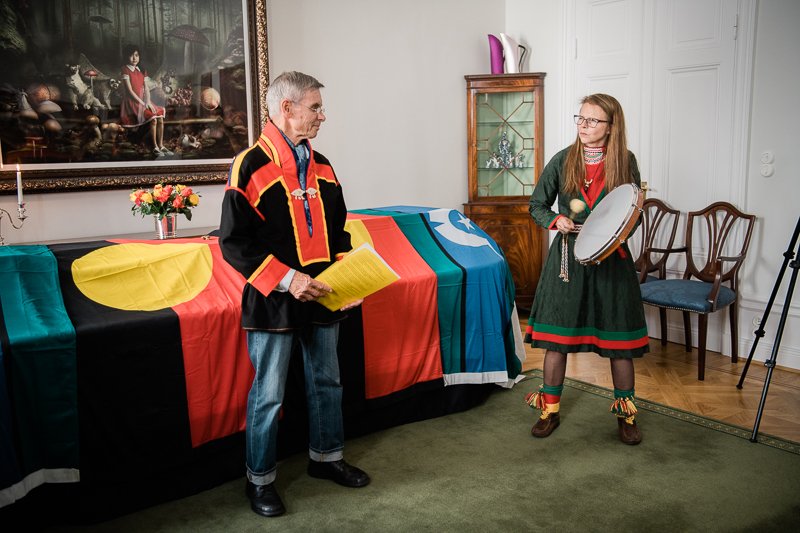 On 23 August, Karolinska Institutet handed the remains of seven indigenous Australians over to the Australian Government.

The remains were part of Karolinska Institutet's anatomical collections from the mid- to late-1800s. They were transported to Sweden by a sea captain, a doctor and an exploratory zoologist, but have now been returned to Australia.

The ceremony took place in Stockholm and was attended by representatives of Karolinska Institutet, the Australian Ambassador to Sweden, and Saami representatives.

“It is very important for these communities that the remains of their ancestors will now rest in their homeland, in dignity and peace,” said Jonathan Kenna, Australia's Ambassador to Sweden, after the ceremony.

The Australian Government's repatriation program supports the unconditional repatriation of the remains of indigenous peoples – Aboriginal and Torres Strait Islanders – from foreign collections and private owners, which contributes to reconciliation. “I would like to thank everyone from Karolinska Institutet and the Swedish State who worked long and hard so that this would come to pass,” said Jonathan Kenna.

“On behalf of KI, I am very pleased to be able to help restore the humanity and dignity of these seven individuals – it is our moral obligation to do so. There is nothing we can do to alter the mistakes of yesterday. What we can do is make sure that we get it right today,” he said.

The President of the Sami Parliament Plenary Assembly, Paul Kuoljok, participated in the ceremony, in which a joik was sung directly to the seven individuals. The ceremony ended with a healing circle ritual, conducted by Johannes Vestly.