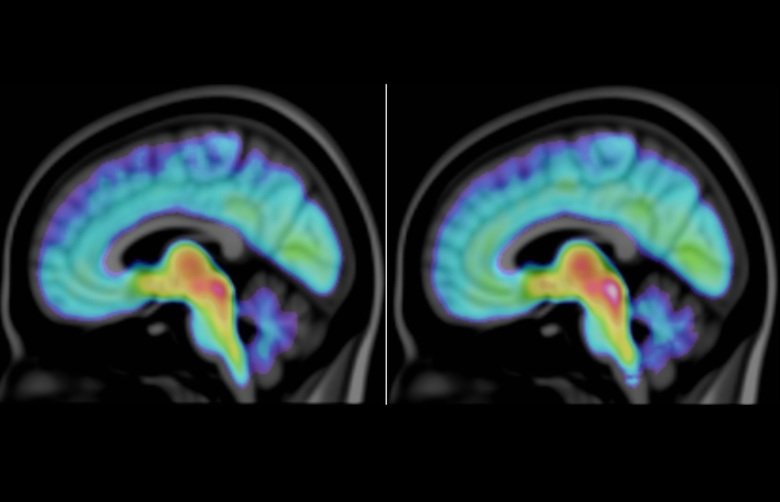 People with autism spectrum disorder have lower levels of a protein that regulates the amount of serotonin in the brain, a paper from Karolinska Institutet in Sweden published in the journal Molecular Psychiatry reports. For their study, the researchers used a molecular brain imaging technique to compare people with and without autism; their results offer hope of finding a drug that can alleviate the symptoms.

Autism spectrum disorder (ASD) debuts in childhood and is a neuropsychiatric condition characterised by limited communication and social skills and repetitive behaviour.

“Unfortunately, knowledge of brain physiology in autism is scant and there are no drugs available able to affect the core symptoms in people with ASD who need such help,” says the paper’s first author Max Andersson, doctoral student at the Department of Clinical Neuroscience, Karolinska Institutet.

The serotonin system has been considered a possible clue to the differences in brain function observed in ASD. Serotonin is an important neurotransmitter that regulates widely disparate physiological, emotional and cognitive processes. It also acts as a growth factor during brain development.

In this new study, the researchers used the PET (positron emission tomography) technique to study differences between 5-HTT levels in 15 individuals with ASD (11 men and 4 women) and 15 matched controls without ASD. The study shows that people with ASD have lower concentrations of the serotonin transporter in the cerebral cortex and several other areas of the brain, including the brain stem, which mediates signals between the cerebrum, the cerebellum, the spinal chord and the peripheral nervous system. They also found a correlation between the participants’ scores in social cognitive tests of skills typically impaired in ASD, and levels of 5-HTT in certain areas of the brain.

“Our results show that there are significant differences and confirm that the brain’s serotonin system plays an important part in ASD,” says Andersson. “With a better understanding of the physiology of ASD, we will hopefully one day be able to alleviate the symptoms that cause suffering or functional impairment.”

Before undergoing a PET scan, tiny amounts of a radioactive tracer are injected direct into the blood of study participants. The tracer then binds to the particular protein in  the brain to be examined. Using the PET system, scientists can estimate the amount and distribution of the target binding site by measuring the radiation that the tracer emits in different parts of the brain.

The study was financed with grants from EU-AIMS (European Autism Interventions), with support from Innovative Medicines Initiative (IMI) Joint Undertaking, the EU’s Seventh Framework Programme, the European Federation of Pharmaceutical Industries and Associations (EFPIA) and Autism Speaks as well as the new IMI initiative AIMS-2-TRIALS (Autism Innovative Medicine Studies-2-Trials), the Swedish Research Council, the Swedish Brain Foundation, the Stockholm Brain Institute and the Thuring Foundation. Co-author Lars Farde was formally employed at AstraZeneca, and for the past five years co-author Sven Bölte has been engaged as author, consultant and lecturer by Shire/Takeda, Medice, Roche, Eli Lilly and Prima Psychiatry; he also receives royalties for textbooks and diagnostic tools from Huber/Hogrefe, Kohlhammer and UTB.