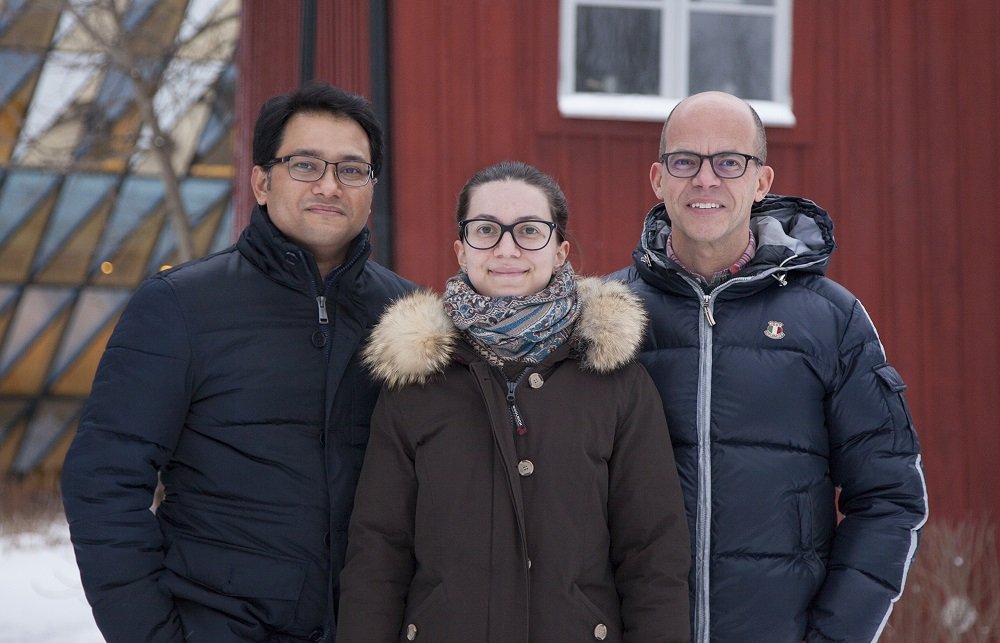 A study by researchers at Karolinska Institutet, the University of Manchester and Chalmers University of Technology published in CHEM shows that our immune system handles graphene oxide (GO) in a manner similar to pathogens, paving the way for safer biomedical applications of this two-dimensional material.

Graphene is the thinnest material known to man, a million times thinner than a human hair. Graphene oxide (GO), in turn, is an atomically thin material consisting only of carbon and oxygen atoms. GO is currently being considered for numerous uses including drug delivery and other medical applications. However, it is of critical importance to understand how these materials interact with the body.

In a new study led by Professor Bengt Fadeel at the Institute of Environmental Medicine, Karolinska Institutet, it is shown that neutrophils, the most common type of white blood cell that is specialised in combating infections, release so-called neutrophil extracellular traps (NETs) when encountering GO. NETs are made up of a “spider-web” of DNA decorated with proteins that help neutrophils to destroy microorganisms such as bacteria and fungi. The researchers found that GO causes specific changes in the lipid composition of the cell membrane of neutrophils leading to the release of NETs. They could also show that antioxidant treatment reversed this process. In a companion study published in Nanoscale, it was shown that GO is degraded in NETs, much like bacteria and other pathogens.

Part of the Graphene Flagship Project

“Taken together, these studies show that GO can be trapped and degraded in NETs just like pathogens. Understanding how the immune system senses and handles GO paves the way for safer biomedical applications of GO and other graphene-based materials, for instance in the context of drug delivery”, says Professor Bengt Fadeel.

The current study, performed at Karolinska Institutet in collaboration with Professor Kostas Kostarelos at the National Graphene Institute, University of Manchester, and the National Center of Imaging Mass Spectrometry at Chalmers University of Technology, is part of the EU's largest research initiative, the Graphene Flagship Project which has over 150 academic and industrial partners and a total budget of €1 billion.

The research was funded by the European Commission through the Graphene Flagship Project, and the Swedish Research Council.