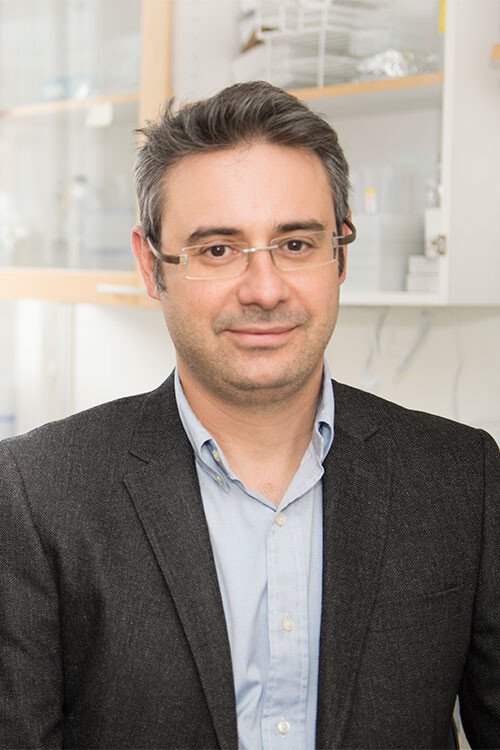 The Swedish Research Council has awarded Georgios Belibasakis a grant on 2,4 MSEK from 2023 to 2025.

Georgios Belibasakis, at the Department of Dental Medicine, has been awarded a project grant from the Swedish Research Council for a project on the discovery of a novel bacterial toxin hidden deeply in the oral microbiome.

Georgios Belibasakis research group at Karolinska Institutet, together with collaborators at Umeå University, has discovered a toxin that is produced uniquely by a single oral pathogen, among the hundreds of microbes that inhabit the oral cavity. This pathogen is Filifactor alocis and it frequently isolated from odontogenic abscesses, root canal infections, periodontitis and peri-implantitis. The toxin produced by F. alocis was named FtxA by the discovering researchers, who also identified that it belongs to the RTX toxin family, produced by a few human pathogens.

It is not known how the gene responsible for expressing the toxin (named ftxA) found itself into an oral microorganism such as F. alocis, but it was probably a result of horizontal gene transfer while interacting with non-oral pathogens during human evolution. Proteomics studies performed by the group showed that not all F. alocis strains isolated from oral infections have the capacity to produce an FtxA, and this could explain intra-species differences in the virulence properties of various F. alocis strains.

The project builds up on studying the mediating role of FtxA in the capacity of F. alocis to interact with other species within a microbial community (biofilm), with the host oral tissues to generate inflammation or other cytopathological events, or within experimental animal models of infection. Valuable collaborators in this project are research groups from Umeå University and the University of Louisville, Kentucky.