A gene that is often lost in childhood cancer plays an important role in the decision between life and death of certain cells, according to a new study published in the journal Developmental Cell. Researchers at Karolinska Institutet and Ludwig Cancer Research in Sweden have discovered the process by which that gene, KIF1B-β, kills cells and thereby suppresses tumour development. 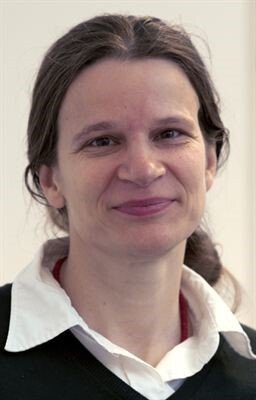 Neuroblastoma is the third most common type of tumour in children. Its aggressive nature and the frequency of metastatic disease at diagnosis contribute to the fact that neuroblastoma accounts for almost 15 per cent of childhood cancer fatalities. For the past two decades a region on chromosome 1 that is often missing in neuroblastoma cells has been thought to harbour an important tumour suppressor gene.

"Our data strongly suggest that KIF1Bβ, which is localised on chromosome 1p36, might be such a neuroblastoma tumour suppressor gene", says principal investigator Susanne Schlisio at the Department of Microbiology, Tumor and Cell Biology at Karolinska Institutet and Assistant Member at the Ludwig Institute for Cancer Research in Stockholm, Sweden.

Neuroblastoma tumours originate from the same transient progenitor cells—neural crest cells—that give rise to the nervous system along with other tissues. Members of some families are at higher risk than others to develop tumours that originate from these cells due to mutations in specific genes. The research team behind the new study previously discovered that genes mutated in some of the tumours play a central role in determining whether neural crest cells live or die. Neural crest cells that should ordinarily have succumbed to programmed cell death escape that fate when KIF1B-β is lost. Later in life, the cells might develop into cancer cells.

In the current study in Developmental Cell, the investigators describe the mechanisms by which KIF1B-β causes cell death. They found that KIF1B-β affects the cells´ power stations, the mitochondria, by activating an enzyme named calcineurin enzyme. Schlisio and her colleagues also show that a critical signal required to induce cell death by fragmenting the mitochondria is compromised by the loss of KIF1B-β. By examining neuroblastoma tumors biopsied from neuroblastoma patients, the researchers demonstrate that loss of KIF1B-β is associated with poor prognosis and reduced survival.

The team also demonstrates a general mechanism that can explain how calcium-dependent signalling by calcineurin is executed. This is a significant finding because the loss of control of calcineurin signalling seems to play a role in many diseases, including neurodegenerative disease, cardiac disease and cancers.

"We conclude that KIF1B-β plays a key role in the decision between life and death for neural crest cells and tumours originating from the neural crest", says Susanne Schlisio. "In time, knowledge of the mechanism by which KIF1B-β induce cell death might prove important in attempts to develop new neuroblastoma therapies."

The research was financially supported by grants from the Ludwig Institute, the Swedish Children Cancer Foundation, the Swedish Research Council (VR) and the Swedish Cancer Society.