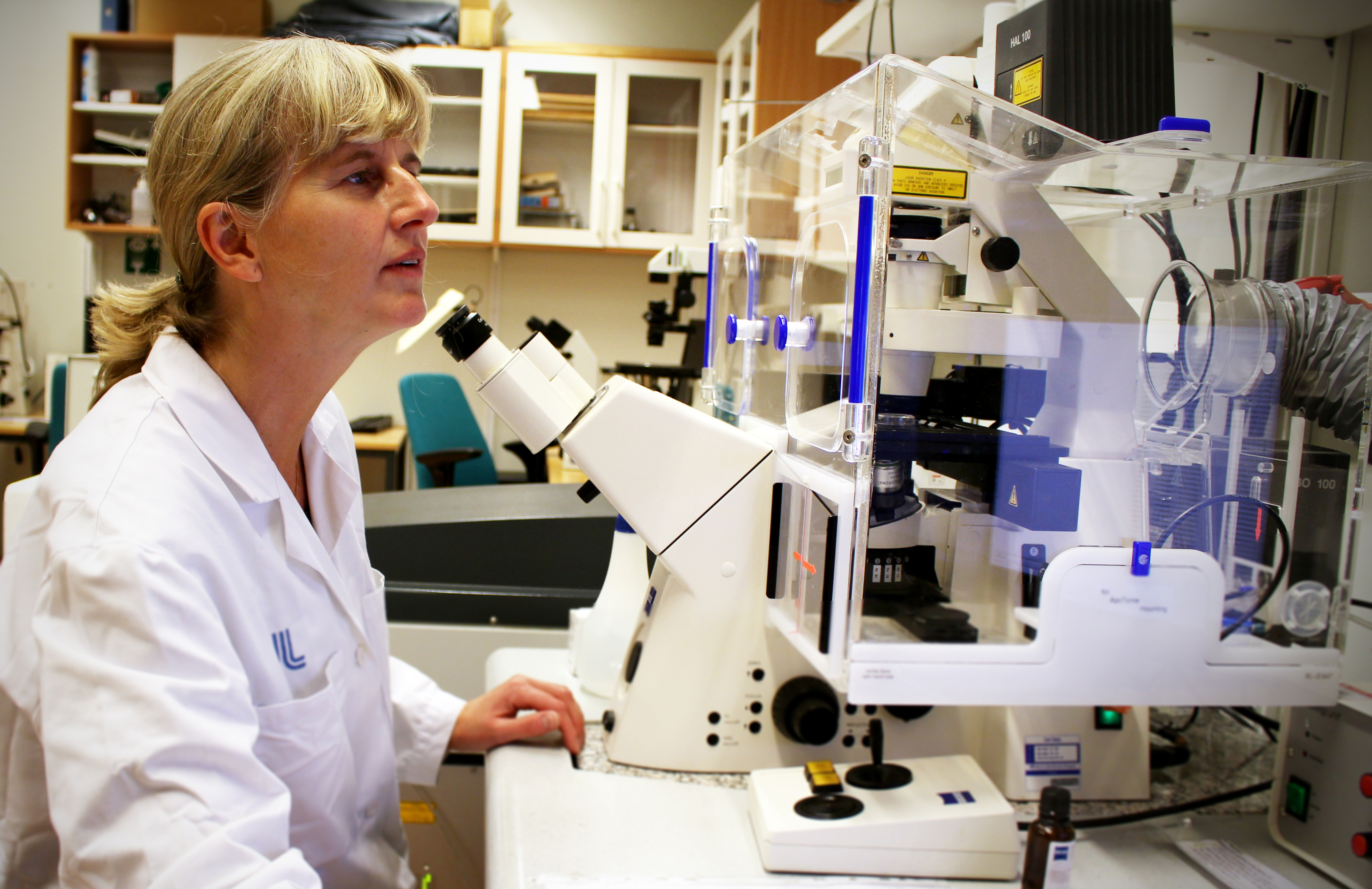 Hello Maria Ankarcrona, Alzheimer's Researcher at the Division of Neurogeriatrics. Recently the reputable scientific journal Current Biology published one of your studies, what is it about?

"A cell has several constituents, one of which is mitochondria. They produce energy in the cell and are also important for regulation of cell death, production of fatty acids and calcium levels. In this paper we show a new role of the mitochondrial protein TOM70 (translocase of the outer membrane 70). We report that TOM70 interacts with IP3R3 (inositol 1,4,5-triphosphate receptor 3) sustaining cell bioenergetics".

Which are the most important results, and what new knowledge does the paper add?

"For the first time, we show that TOM70 acts as a modulator of calcium-transfer between endoplasmic reticulum (ER) and mitochondria at specific contact points between these two organelles, also known as mitochondria-associated membranes (MAM).

We also show that TOM70 clusters at ER-mitochondria contact sites and interacts with IP3R3, a regulator of ER calcium release. Upon deletion of TOM70, IP3R3s translocate out from these subcellular hubs resulting in decreased calcium transfer from ER to mitochondria. Our data show that the decrease in calcium shuttling affects mitochondrial activity, cell proliferation and autophagy".

How can this new knowledge contribute to improving human health?

"The discovery that TOM70 depletion affects cell bioenergetics suggests that modulation of TOM70 expression or activity could be a promising pharmacological target.

It is known that the ER-mitochondria interplay is affected in multiple diseases. Here we show that depletion of TOM70 selectively affects the shuttling of calcium between ER and mitochondria, while the physical contacts between the two organelles are unchanged.

These findings open up a novel approach to pharmacologically modulate MAM-function and calcium transfer which would be potentially beneficial in the treatment of a wide-range of pathologies associated with alteration in mitochondria ER contact sites, such as Alzheimer’s disease".