Brainstem ‘stop’ neurons make us halt when we walk

A population of ‘stop cells’ in the brainstem is essential for the ability of mice to stop their locomotion, according to a new study by scientists at Karolinska Institutet. In an article published in the journal Cell, they report a brainstem pathway specifically dedicated to enforce locomotor arrest: its selective activation stops locomotion, while its silencing favors it. The study thus identifies a novel descending modality essential for gating the episodic nature of locomotor behavior. 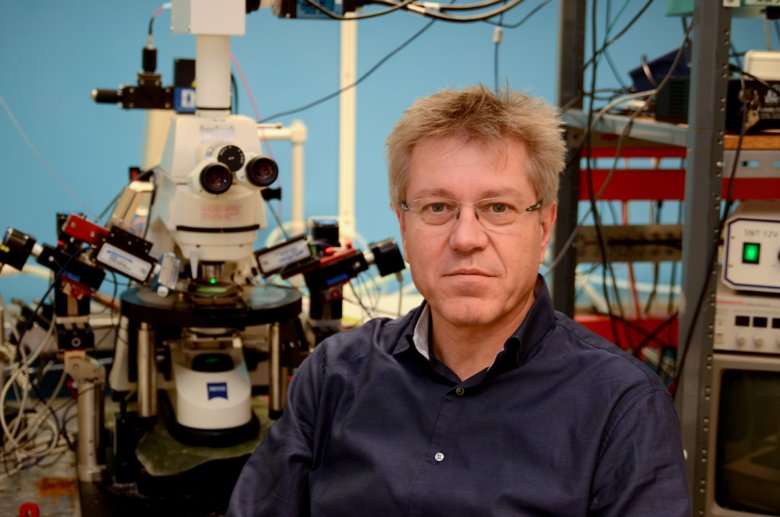 Locomotion is an essential motor behaviour needed for survival in both humans and animals. It has an episodic nature: we move when we want or need and, equally well, we can terminate ongoing movements. This episodic control has generally been attributed to descending excitatory signals in the brainstem that contact and activate neuronal circuits in the spinal cord. But is the stop of locomotion only due to a lack of activating signals from the brainstem or is there a dedicated stop signal?

In the present study, the researchers Julien Bouvier and Vittorio Caggiano together with Professor Ole Kiehn and colleagues studied how the complex brainstem neuronal circuits control locomotion in mice. They used advanced methods, including optogenetics, which makes it possible to selectively activate specific groups of neurons with light, as well as genetic silencing to selectively block neuronal activity.

Somewhat unexpectedly, they found a population of excitatory neurons that turned out to be essential for the ability of mice to stop. When those ‘stop cells’ are activated, mice immediately halt their locomotion. Conversely, when those neurons are silenced, mice had difficulties when trying to stop walking.

The clock in the network

“We found that the ‘stop cells’ depress the neuronal networks involved in generating the locomotor rhythm, the clock in the network, and not the motor neurons that directly contract muscles”, says Ole Kiehn, who leads the laboratory behind the study at Karolinska Institutet’s Department of Neuroscience. “In this way activity in the ‘stop cells’ allows the animal to make a gracious stop without losing its muscle tone, just as we experience ourselves when we voluntarily stop for example in front of an obstacle.”

Although the study addresses the normal brain function the findings may provide insights to how locomotion is affected in the diseased brain.