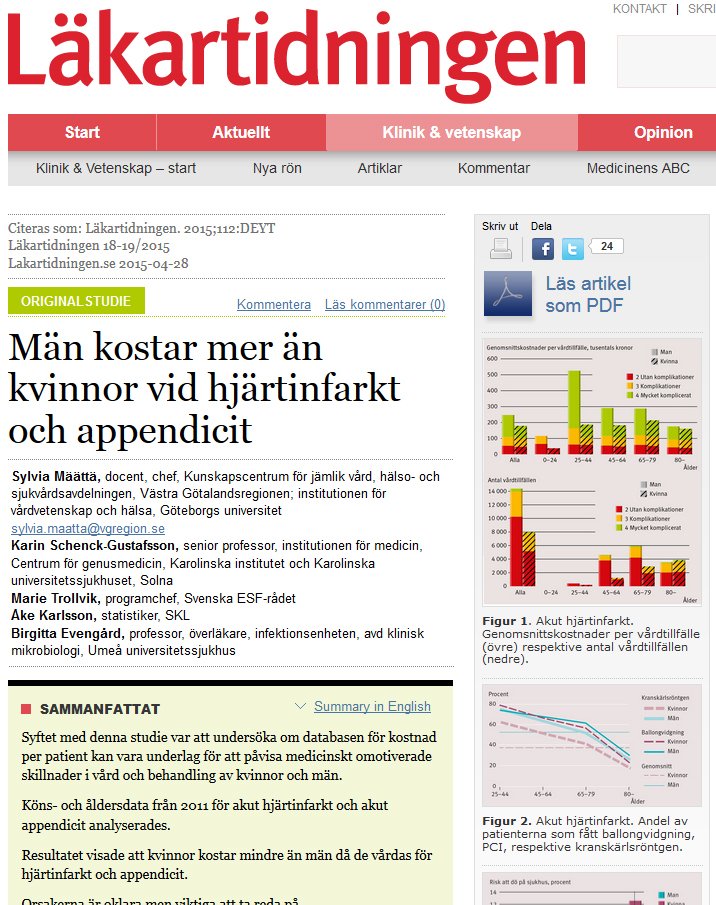 Professor Karin Schenck-Gustafsson, published an exciting article in Läkartidningen showing that, in acute myocardial infarction, the care for men costs more than for women.

Karin Schenck-Gustafsson also had the opportunity to explain her study in an interview to Swedish Radio where she presents that one explanation for men to cost more may be that men receive more advanced care, according to the study. The risk of dying in hospital in acute myocardial infarction is also greater for women, 7.5 percent compared with 4.5 percent for men. The study includes data from 70 percent of the country's hospitals in 2011.